How much value can you get from the Qantas American Express Ultimate? 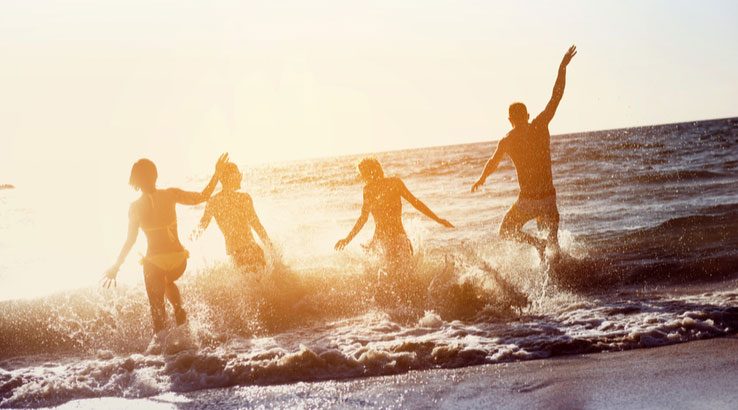 Imagine where you could go with 55,000 bonus Qantas Points and a $450 travel credit.

The Qantas American Express Ultimate is a high flyer in the credit card world, with premium extras such as travel credit, lounge invites and international travel insurance offering you hundreds of dollars in value every year. It also carries one of the highest earn rates of any Qantas Frequent Flyer credit card, giving you 1.5 Qantas Points per $1 spent on most everyday purchases.

But with an annual fee of $450 and a purchase rate of 20.74% p.a., it’s also one of the pricier cards on the market. So here we unpack the benefits and costs, then weigh them against other cards to help you decide if the Qantas American Express Ultimate is the right card for you.

Please note that the rates, fees and features mentioned here were correct at the time of publication.

How many points can I earn?

If you’re new to American Express, you can get a bonus 55,000 Qantas Points when you apply for the Qantas Ultimate online and spend $1,500 on eligible purchases in the first 3 months from card approval. When you factor in the standard earn rate for this spending, it brings your total to 58,000 Qantas Points.

That’s enough points for a return economy flight with Qantas from Sydney to Bali (45,000 Qantas Points plus taxes). You could also use 58,000 points to get an upgrade from economy to business class on a one-way flight from Brisbane to Tokyo (50,000 points), or an upgrade from flexible economy to business class when flying one-way from Melbourne to Los Angeles (49,500 points).

Do I count as a "new" American Express cardmember?

As long as you don’t currently hold an American Express card and haven’t had one for at least 18 months, you’ll be counted as a “new” cardmember who is eligible for this offer. You’ll also be eligible if you have an existing bank-issued American Express companion card (i.e. a dual Amex card issued by ANZ, CommBank, NAB or Westpac).

A major drawcard for the Qantas American Express Ultimate is its high earn rate of 1.5 points per $1 spent. This applies to most everyday purchases you make but excludes cash advances, interest, balance transfers, fees and charges for traveller’s cheques and foreign currencies.

There are also a couple of other earn rates you can get with this card. If you use it to pay for Qantas flights booked directly through the Qantas website or to pay for Qantas Club membership, you’ll earn an extra 1 point per $1, bringing the earn rate up to 2.5 points per $1 spent. On the flipside, there is a lower rate of 0.5 points per $1 spent for payments to government bodies, including the ATO. But that’s still better than nothing when you consider the fact that many cards don’t earn any points for ATO payments.

The Qantas American Express Ultimate comes with a whole load of perks that can take your travel to new heights. Here’s a rundown of some of the features you’ll get:

Every year you have this card, you’ll get $450 travel credit towards any eligible Qantas flight with a QF number that you book through American Express travel. The travel credit can only be used on a single booking and can’t be carried forward if there’s any value left over, so aim to use it for those more expensive flights you want to take. Also keep in mind that this benefit is only available if you’ve paid the card’s annual fee and made minimum payments by the due dates on each statement.

This card gives you two Qantas Club lounge invitations each year on your card anniversary after you’ve used it to pay for selected Qantas products and services. You’ll also get two American Express Airport Lounge entries each year at Sydney Airport, which you can use just by showing your card at reception.

The cover also extends to your partner or dependent children who are travelling with you and meet the eligibility requirements. Just remember to check the full terms and conditions (available on the American Express website) to find out when you’ll be covered.

If travel is not on the cards for a while, you can also make use of purchase protection and refund protection for eligible items you buy with the Qantas Amex Ultimate.

How much does this card cost?

The Qantas American Express Ultimate has an annual fee of $450 which is on the higher end of the scale for frequent flyer cards. But this expense could be instantly cancelled out if you make use of the $450 travel credit you get each year – not to mention all the other complimentary extras.

There’s also a standard variable interest rate of20.74% p.a. that will quickly add up if you carry a balance from month to month. You can avoid interest charges by paying off the full amount on each statement by the due date, which also gives you the benefit of up to 44 days interest-free on purchases.

If you’re switching from another credit card, you could also take advantage of an offer for 0% on balance transfers for 12 months, which then reverts to the standard variable rate. Just take note that there is a one-off 1% credit establishment fee for this option.

How does it compare to other cards?

Although you get a lot of travel perks with the Qantas American Express Ultimate, it’s still worth comparing against other frequent flyer credit cards before you decide to apply. Here, we’ve taken a closer look at how it compares to the NAB Qantas Rewards Signature Visa. Currently, this premium Qantas credit card offers you a massive 100,000 bonus Qantas Points when you apply by 25 February 2018 and spend $3,000 on everyday purchases within 60 days of opening the account. While that’s almost double the bonus points you get with the Qantas Amex Ultimate card, it’s also double the minimum spending requirement. You also have 30 days less to make your $3,000 worth of purchases, so make sure you keep that in mind.

As well as points, the NAB Qantas Rewards Signature gives you access to seven types of complimentary insurance, including overseas travel insurance, interstate flight inconvenience insurance and domestic hotel burglary insurance. It also gives you access to a 24/7 concierge service that could help you with travel plans, restaurant reservations and other tasks. But it’s hard to see how these could offer more value than the travel credit, lounge invitations and Qantas epiQure membership you get with the Qantas Amex Ultimate.

This is partly reflected in the card, with the NAB Qantas Rewards Signature charging a $395 annual fee, which is $55 less than the Amex card. It also has a slightly lower variable purchase rate of 19.99% p.a.

While both of these cards are premium options, there are a lot of differences between their bonus point offers and ongoing features. Ultimately, this shows how important it is to weigh up different cards based on your spending habits and goals so that you can find one that works for you.

Please note that terms and conditions apply. For a more comprehensive overview of the card’s rates and fees, check out our review of the Qantas American Express Ultimate.