Easily compare nearly 1,000 Internet plans from 50+ brands to find the right one for you.

Having a decent Internet connection these days is almost a fundamental need. With so many providers and plans out there, it can be overwhelming to know where to start. Broadband Plan Finder™ helps you easily compare Internet plans from over 50 providers, all in the same place.

We rank our Internet plans by calculating overall value, weighing price, speed, data, contract length and more. Sorting by "Relevance" shows you plans sorted by value, with our partner providers above the rest of the market. Check out our ranking guide for more info.

By filling out your address info below, we'll pre-select the Internet type that's suited to your property - if the NBN's available, then NBN plans will be selected.

*The products compared on this page are chosen from a range of offers available to us and are not representative of all the products available in the market. There is no perfect order or perfect ranking system for the products we list on our Site, so we provide you with the functionality to self-select, re-order and compare products. We're happy to provide you with the tools you need to make better decisions, but we'd like you to make your own decisions and compare and assess products based on your own preferences, circumstances and needs.

How to compare Internet plans

When you're trying to choose between broadband plans, here's what matters.

This is the number one comparison point for any connection. How fast you can download and upload data will affect how quickly you can transfer files and stream videos, as well as how well your Internet works when many people are using it at once. It's also what you have the least control over because it will depend on your connection type and location. "Typical evening speed" is the term NBN providers are using to estimate the speeds users are likely to get, rather than theoretical maximums you'll never reach.

While your maximum monthly data in gigabytes is still important, especially for mobile broadband, the amount of data is higher and more likely to be unlimited for your home Internet plan. However, some providers have an "acceptable usage policy" if you're running rampant. If you're a lighter user, you can save by calculating how much data you're likely to use. Generally, though, speed matters more. All the data in the world is useless if your connection crawls.

When it comes to cost, you should always check the minimum total amount you'll have to pay for a given plan. A longer-term contract may have a lower monthly cost but you'll be stuck paying it out in its entirety even if you decide it's not suitable.

Broadband plans are offered on contracts, usually 24 month, but increasingly month-to-month casual plans are becoming popular. While this can make plans cheaper with lower installation costs, it will make it harder to move house or change provider if you're unhappy. Some shorter contracts will also require you to buy your modem or connection device outright.

Some providers will give you unlimited streaming on some platforms like Amazon Prime or Netflix, which can let you go for a lower data limit if you're a heavy streamer. Other providers will give you a discount if you bundle your Internet plan with other services like a landline or cable TV. Check that you need these features and that they'll actually save you money before signing a contract.

What types of internet connection are there?

The type of Internet connection you have has a huge effect on speed. Here are the main broadband technologies in Australia currently:

85Mbps (Fast tier average speeds)
The NBN (National Broadband Network) connects millions of Australians to a high-speed fibre-optic network. It's the default choice for most households as the national rollout is close to completion. Average download speeds are around 85Mbps for top quality connections.

50-100Mbps (approx. range)
If fixed-line internet isn't suitable for you, or your local infrastructure is sub-par, you might get a better result with a wireless solution. Mobile broadband uses the same technology as your phone's 4G - and 5G will be even faster. Speeds can hypothetically reach 1,000Mbps, though you're more likely to get 50–100Mbps on your home wireless connection.

30-80Mbps (Typical cable speeds)
Now integrated into the NBN, heavy-duty coaxial cable services made of copper provide variable speeds somewhere between 30 and 80Mbps depending on your connection. Old copper wires can be quite degraded - but often it's the best wired option available for you if fibre doesn't run close to your property.

~8-12Mbps (Typical ADSL2+ speeds)
ADSL is an old broadband technology, using existing copper phone lines, rather than installing newer technologies. The latest generation, ADSL2+, provides average download speeds of 8-20Mbps. It's a slow, old technology to be avoided unless you've no other option while waiting for the NBN.

The two main types of internet most Australians are actually able to choose between are NBN and mobile/wireless broadband. Consumers unfortunately don't really get to choose which wired internet technology connects to their property, which means that if you can't get the NBN, ADSL or sometimes cable internet can be your only option. However, with the advent of 5G, if you're in a well-serviced metro area, you've got a lot of options. 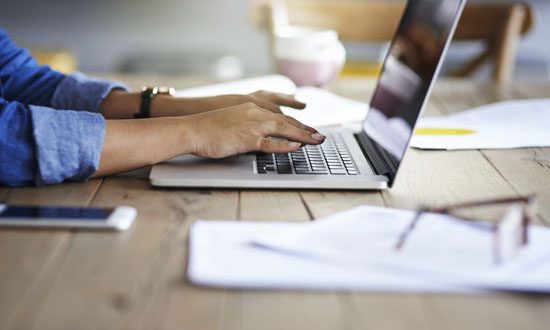 The NBN is a project undertaken by the Australian federal government to deliver high-speed, reliable Internet to millions of Australians. It's intended to replace outdated copper connections with new fibre-optic cables to drastically improve Australia's connectivity.

How do I check if I have the NBN?

If you aren't sure whether your address is already hooked up to the NBN, you can easily check whether you have access to the NBN or the expected rollout date for the NBN at your premises by using our NBN tracker. All you'll need is your address.

How fast are NBN plans?

The speed of your NBN connection is usually stated as a "typical evening speed". While NBN connections can theoretically reach 100Mbps, these evening speeds give a more realistic idea of what you'll actually get when downloading at the busiest time between 7pm and 11pm.

What connection will I get at my property?

The NBN isn't being rolled out the same everywhere, with different areas receiving different types of connections. What type of connection you get can have a big impact on your connection speed. 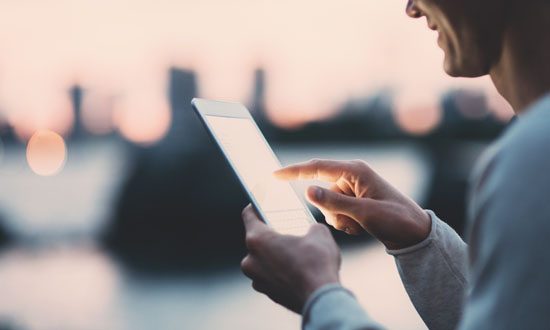 Mobile broadband is an Internet connection that's delivered by a mobile network, using the same broadcast towers that your mobile phone uses to operate. With a 5G connection in a metro area, you can get download speeds comparable to those on a fixed NBN connection.

You've probably come across phone tethering before, where you use your phone as a mobile Wi-Fi hotspot for your other devices. This connection will use your phone's data and can be quite slow depending on your handset plus how well your device links with your phone.

When looking at whether you need a separate mobile broadband plan from what your phone already has, you'll find that the cost of data is increasingly similar between regular mobile plans and dedicated mobile Internet plans.

If you're looking for an alternative to the NBN that's designed to stay in your home, consider investing in a Home Wireless plan. These are similar to mobile broadband plans in that they can function anywhere around your home and don't need setting up – all you need to do is grab a modem and a wireless plan and you're good to go.

If you're hoping to get 5G home wireless, providers to look at include Optus and Exetel, though availability will still be subject to where you live.

What are portable modems?

Portable modems are a Wi-Fi-enabled device or dongle that usually connects to your computer via a USB port. They act largely the same as a mobile phone being used as a hotspot, but offer faster connection speeds due to their physical connection to your computer.

In order for your dongle to access the Internet, you'll generally have to insert a SIM activated with a mobile Internet plan.

Mobile Internet may be more expensive per gigabyte of data than a fixed line, but it might be suitable for your needs.
Here are some reasons to consider mobile broadband:

We've selected some of the biggest and most popular internet providers below, and featured a mid-range plan targeted to the majority of consumers for each. Follow the links to our dedicated provider pages for further analysis of their plans and features.

For NBN plans, Telstra's most popular offering is its standard unlimited NBN data plan, costing $90/month with a minimum cost of $2,259 over 24 months. It has a Standard tier speed of 50Mbps, though if that isn't fast enough Telstra also has the same plan with a Fast speed of 85Mbps for $120/month.

If you purchase the plans online, you won't have to pay the $99 connection fee. Be aware that Telstra's plans are more expensive in general when compared to other smaller providers - but the network's coverage and reliability are its major selling points.

It has just one main NBN data plan for $75/month which offers Standard tier speeds of 44Mbps with $99 start-up fee.

If you're willing to invest an extra $20/month you can upgrade to the entertainment pack plan which offers Fetch TV, Optus Sport and a bunch of extra entertainment channels.

Its most popular offering is the NBN50 plan, which offers a Standard tier speed of 46.7Mbps for $74.99/month, with no extra costs on a one-month contract and a minimum cost of $449.94 over a six-month contract. With this plan, you also have the option of signing up for an entertainment pack that includes Fetch TV, a bunch of streaming services for $0 for the first 24 months and 30 rental movies a month.

The fastest plan provides an average speed of 83.6Mbps for $99.99/month. Be aware that the optional entertainment bundle has additional $99.95 modem and $10 delivery fees upfront on top of what you're already paying.

Its most popular offering is the NBN100 Unlimited plan, which provides Fast tier speeds of 86Mbps for $89/month. It only comes in a no-contract version without a connection fee (you'll still have to pay for a modem if you don't have one).

Aussie Broadband also offers similar unlimited plans at lower NBN tiers: NBN25 and NBN50. If you prefer to build your own data, you can choose from a set of sliding data plans instead. These sliding data tiers can be changed mid-month and costs only the plan difference.

Internode's most popular offering is its NBN50 plan, which provides Standard tier speeds of 42.8Mbps for $79.99/month, with a minimum cost of $434.89 on a 6-month contract. This plan only cost you $59.99/month for the first 6 months. It has an optional Fetch entertainment bundle which provides Fetch TV, streaming services and 30 movies a month for an extra $59.99 set-up fee.

If this isn't fast enough for you, Internode also has an NBN100 plan for $99.99/month which has typical speeds of 78.0Mbps plus the same optional entertainment pack. Be aware that Internode has lower evening speeds than many of its competitors, so your Internet may suffer at night when you most want to use it.

All of Exetel's plans come with the option of paying an extra $10/month for a home phone service with unlimited national calls and international calls to 12 countries. Its services are optimised for streaming and you can change plans at any time for no cost thanks to it having no contracts.