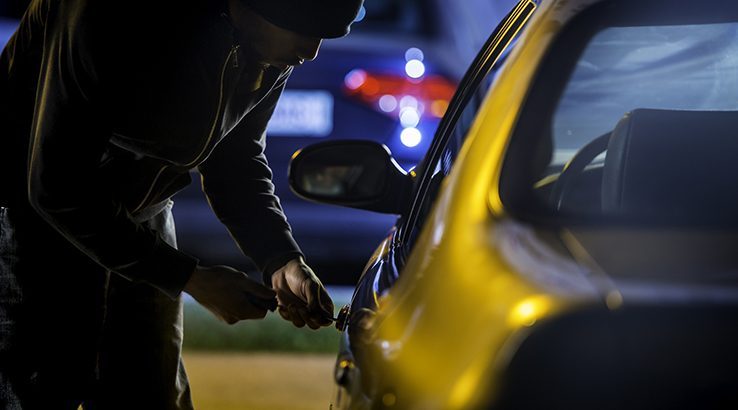 In Australia, a car is stolen every 12 minutes.

And it looks like it's getting worse. Across the country 55,293 vehicles were stolen last year, up 5% on the previous year. Over 40,000 of these were your everyday cars.

Worried? Let's dive into what areas have the biggest victims and which cars you should avoid buying if you want to keep it in your hands.

Which state had the highest number of car thefts?

On average, 1 in every 400 cars were nicked across the country.

If you live in the Northern Territory, it's a good idea to keep your car under a watchful eye. Last year, 1 in 198 cars were stolen there.

We love to call Queensland the sunshine state, but it's also the car theft state, with 1 in 334 cars stolen.

Residents of New South Wales can sleep easy, being the safest state in the country. Even then, every 1 in 537 cars were stolen, showing just how common it can be.

States with the highest proportion of car thefts

Which local councils had the most car thefts?

Sorry again, Queenslanders. Even though Queensland came in as third for the highest proportion of car thefts, it turns out that Queensland local councils have the highest number of cars stolen.

What kind of cars are most likely to be stolen?

You'd think the most stolen cars would be a Mercedes or a Porsche. Turns out our thieves are much more simple than that.

If you've got a Holden Commodore, hide your kids, hide your wives, because they're stealing all your cars out there.

The Toyota HiLux came in second on the list, showing that even thieves are hot on one of Australia's bestselling cars.

The Nissan Pulsar and Nissan Navara also made the list, so if you've got one in your driveway, it's a good idea to check if it's still there.

These top five makes and models account for a huge 8% of all cars stolen last year. At least thieves are predictable, right?

When are they most and least likely to be stolen?

The most likely time for your car to be taken is on Friday from 4pm to 8pm. When most working people are thinking about calling it a day, more thieves are thinking about nicking your car. Don't stay out too late for those post-work drinks - thieves could plotting to take your wheels back home.

The least likely time for a thief to drive off in your ride is Sunday from 4am to 8am. Even criminals don't like working on a Sunday morning – they mustn't be getting paid penalty rates. The 4–8am slot is the time of the fewest thefts across the week comparatively.

What are some top tips for protecting your car?