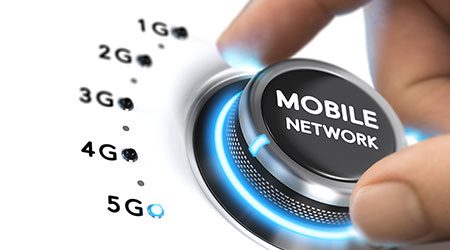 You can't have a next generation network without the rights to the airwaves to broadcast it on.

The ACMA has released the results of its recent auction for 3.6GHz spectrum, a vital part of the rollout of 5G services in Australia. All up, the 350 "lots" of spectrum sold for a combined $853 million for licenses that will run from March 2020 until 13 December 2030.

In a release, Telstra CEO Andy Penn stated that "Telstra is leading the way in working with suppliers and international standard bodies to develop the 5G ecosystem. This will enable us to provide the data, connectivity, low latency and speed necessary to enable new products and services that will radically alter the way we do business, consume content and connect with each other."

As part of its announced (but still pending) merger process, Vodafone and TPG were joint bidders under a joint venture called Mobile JV Pty Limited.

Even if the Vodafone/TPG merger hits the rocks, they will still share the spectrum gained in the auction, some 131 lots sold for $263,283,800. In a press release, Vodafone CEO Iñaki Berroeta stated that "The 60MHz holdings the JV has secured in Sydney, Melbourne, Brisbane, Adelaide, Perth and Canberra give us a strong 5G spectrum capability in each of these major cities."

However, he wasn't entirely happy with the quantity of spectrum on offer or the prices that the spectrum went for.

"While we are pleased to have secured spectrum licences in every available area, robust competition for artificially limited supply saw the companies participating in the auction pay some of the highest per MHz per pop prices for 5G spectrum in the world so far, with an average price of 29c/MHz/pop." he said. "It’s clear there is high demand for 5G spectrum, and more suitable spectrum needs to be made available by government."

For its part, Optus was the smallest of the big three networks in bid terms, picking up 47 lots for $185,069,100. Optus is positioning itself as a regional player to complement its existing 3.4GHz metropolitan assets. Dennis Wong, Optus Networks Managing Director stated that "The additional spectrum positions Optus strongly to deliver 5G services in cities, regions and holiday locations. We are committed to commercially launching Fixed Wireless Access services early in 2019 and we can now extend these services to Regional Australia."

We're seeing a lot of activity in the 5G space right now, but that's hardly surprising. Optus has already committed to launching fixed 5G services in early 2019, and Telstra last week announced a new HTC 5G Hub as one of its first 5G hardware products due to debut next year.