Compare amaysim's contract-free mobile plans to save on your mobile bill. 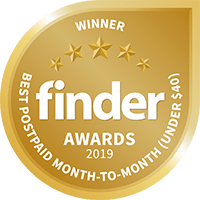 amaysim has always offered a strong value proposition for its customers and the $40 postpaid SIM is no exception. Unlimited calls and texts, international call inclusions and plenty of data at a bargain price is hard to go past.

How we chose the winners

Is amaysim right for me?

amaysim's primary SIM-only product is its range of post-paid "Unlimited" plans. Post-paid means that you're billed at the end of each recharge period based on usage, with any excess usage (most likely data usage since plans have unlimited call and text) added to the amount paid. amaysim operates on a month-to-month rolling contract basis for all of its plans, with no ongoing commitment beyond your current period. All of amaysim's plans operate on a 28-day billing period, which means you actually incur 13 recharges across a full calendar year.

amaysim As You Go plan

amaysim's As You Go plan explained

If you're not a heavy phone user, then instead of an amaysim unlimited plan, you may be better served by amaysim's simple As You Go plan.

How does amaysim compare?

amaysim's services all operate on the Optus 4G network with no particular speed restrictions beyond the quality of service in your area and any limitations of your particular mobile device. As an MNVO, amaysim sells on the value of its plan offerings, which also extend to quantities of international calling on selected plan tiers.

Why should you consider amaysim?

amaysim has a long reputation for delivering quality mobile services on a no-commitment basis, so if you're dissatisfied with your existing provider, it's well worth considering an amaysim plan.

Like many MVNOs, the focus for amaysim is on a simple, limited-ongoing-obligation set of plans with its Unlimited plans, but amaysim does have a unique point of flexibility in that you can select plans on a prepaid or a postpaid basis. The key difference here for most users is data usage. If you opt for a postpaid plan, where you're billed at the end of the month, and you go over your data quota, you're topped up with 1GB of data at a flat $10 rate. If you opt for prepaid, you can buy data top-ups at $10/GB if you go over, but they're not automatically applied.

amaysim does sell smartphones with a wide variety of available models sourced from both local providers and overseas sources, but it does not explicitly pair those handsets with any contract. You're free to use them with amaysim SIM-only plans, of course, but you're not required to or tied to any long-term contract when doing so.

How to switch to amaysim

Now you're all set to start using your new amaysim mobile service. Congratulations!

The best phones of the year

After significant testing, these are our picks of the phones to buy

The Samsung Galaxy S10+ is here

Get more for less with a prepaid plan

Pay upfront and save with these prepaid deals

Get the iPhone XS on a plan today