5G in Australia is cheaper than ever: Is it worth signing up to? 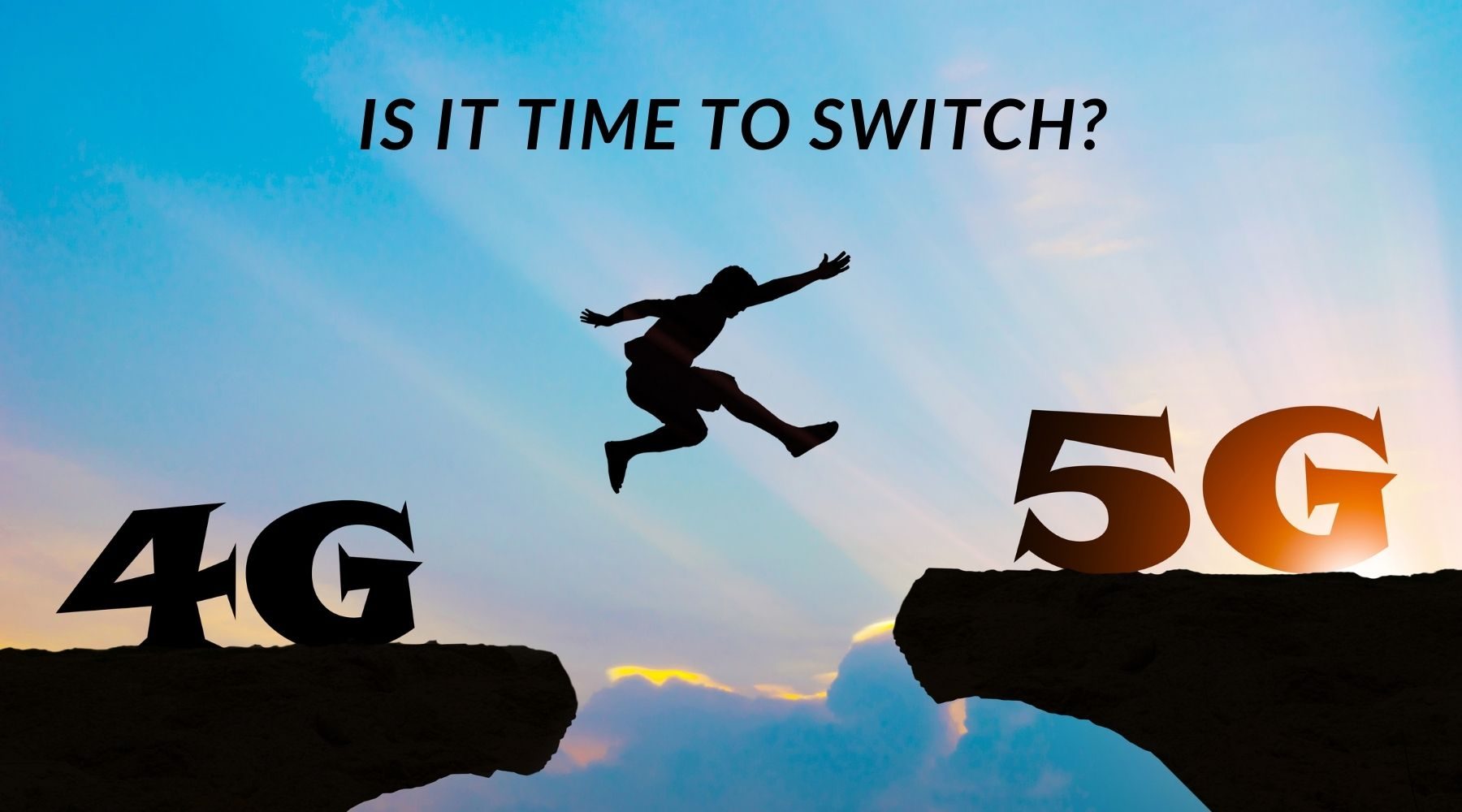 Demand for 5G is ramping up as download speeds climb, prices fall and more handsets are launched to support the next-generation phone network.

There's been a lot of movement in the 5G space lately – its speed and adoption are quickly outstripping 3G and 4G technologies.

There were close to 2 million 5G mobile services in use in Australia at the end of December 2020, according to technology analyst firm Telsyte's Australian Mobile Services Market Study 2021.

That's nearly a five-fold increase from six months prior. It's largely due to better availability of 5G handsets such as the iPhone 12 series, Google Pixel 5 and Samsung Galaxy S20 FE 5G.

It's a big enough number to make you question your current mobile phone and plan. Especially since the study predicts more than 60% of smartphones sold this year will support 5G and smaller providers (also known as MVNOs) will help drive uptake by offering 5G mobile plans.

So, how can I get a 5G mobile plan in Australia for cheaper?

The big three telco giants – Telstra, Optus and Vodafone – have the lion's share of the 5G market.

However, the cheapest plans we've seen are from smaller providers using Optus's network. Optus wholesales its 5G network to other providers, a step Telstra and Vodafone haven't yet taken.

SpinTel was quick to jump on the opportunity last year. As of 6 May, Aussie Broadband too has joined the ranks to disrupt the 5G space with deals that won't cost you a proverbial arm and a leg.

The cheapest entry-point plan comes from Aussie Broadband, with 10GB for $39 a month. But for an extra dollar a month, you can get double the data from SpinTel (20GB for $40).

Both these options will cost you less than Optus's cheapest 5G plan ($45 a month). However, Aussie Broadband comes with only half the data.

To even the playing field, SpinTel, Aussie Broadband and Optus all offer 80GB plans, so we'll have a look at how these stack up below.

As you can see from the table, SpinTel ends up offering better value than Optus even after its six-month discount runs out.

Keep in mind that we've focused on the 80GB plan here since it's the only data amount that all three providers offer. Aussie Broadband, SpinTel and Optus have other 5G mobile plans up for grabs, as do Telstra and Vodafone.

Finder's own Consumer Sentiment Tracker shows that one in five customers with either of the big three telcos don't believe they're getting their money's worth.

"Smaller companies have generally been price leaders for mobile plans in Australia, and we're seeing the same pattern with 5G," said Finder's mobile expert and editor at large Angus Kidman.

Fun fact: 5G speeds in Australia are now double the global average. Optus 5G has now surpassed Telstra in the first few months of 2021 with median download speeds of about 310Mbps. Telstra's 5G was a close second at 295Mbps.

What if I don't want to spend big on a 5G-capable phone?

We hear you. You can skip the likes of iPhone, Google Pixel and Samsung for cheaper 5G-capable devices that have recently launched to the market.

The OPPO A54 5G costs a sweet $399 and may easily qualify as Australia's cheapest 5G smartphone right now.

How much will a 5G phone and plan in Australia cost me?

Otherwise, you can choose to buy the Oppo phone outright for $399 and pair it with SpinTel's 20GB SIM only plan (which is $5 a month cheaper than Optus). This route will cost you $879 over a year and save you just under $60.

The 5G rollout in Australia is steadily gaining momentum. Visit the three big telcos' websites and look up or enter your address to see if you have 5G access.

Keen on 5G after reading the above? There's more to come

5G mobile plans aren't the only ones making waves. Your broadband connection is about to get a whole lot faster with Telstra and TPG.

What's Telstra up to?

As we reported last year, Telstra first launched its 5G Home Internet to select customers. It's potentially a cheaper and faster alternative to the NBN.

With its 5G network on track to reach 75% of Aussies by the end of June, Telstra is going to expand its Home Internet service with double the data limit.

For now it's an invitation-only service but the provider suggests to watch the space as this will inevitably change.

TPG isn't holding back either

TPG will be launching its own 5G fixed wireless product to offer its customers faster speeds and a more "successful NBN" according to CEO Iñaki Berroeta.

It will enable more Aussies living in regional or rural areas to access 5G if they're getting the coverage.

Whether you're looking for a 5G plan or just a regular SIM only plan, you can compare over 300 deals in one place with our Mobile Plan Finder™.