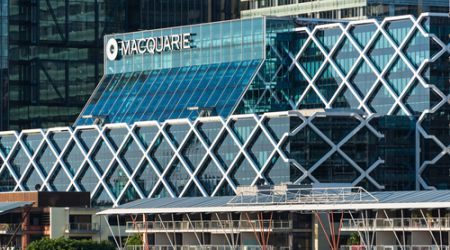 The global banking group is building out its tech. 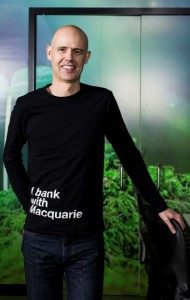 "Modern banking is really about providing a technology service, at least for the customers we're focused on," Perham said. "We looked at the market several years ago, and we saw, in essence, an opportunity to bring some of the learning from modern digital leaders like Netflix, Spotify, Facebook and these sort of iconic companies, bring the same sort excellence in customer service that you see with them to banking."

The most significant example of Macquarie Bank's new mindset is its transaction account, which is currently available in a beta test environment as well as via Macquarie's site and app. The account features natural voice search and automatic categorisation of spending on a machine learning system.

"Normally, banks are read only. You can read the stuff they have on you, but you can't write to it."

Customers using Macquarie's account can upload receipts to transactions and add hashtags and notes, assisting with categorisation and search.

Perham says Macquarie was in unique position to build "from the ground up" and offer a modern core technology platform.

"We build it on a platform called SAP. It's a very robust, real-time co-banking platform. We built that, but then, more importantly, we built an architecture that allowed us to be much more like a Netflix," Perham said, referring to the bank's use of database technology Cassandra, the same platform on which Netflix is based.

"DataStax just gave us keynote speaking position at their annual conference ... awarding us as one of their most innovative users of Optic Standards Database across any part of the economy, not particularly financial services.

"So if you go to the DataStax website where they talk about their pro ball customers, you've got Macquarie and Netflix sitting alongside each other."

Developing a product such as this within a large bank means dealing with legacy systems and cultures, both of which Perham says were solved by adopting a different mindset. The Beta test has also allowed the bank to iron out kinks within the app and make changes based on customer feedback.

"Facebook and Netflix release within a single day little enhancements in the software. We're not quite there yet, but we're releasing every couple of weeks, which is pretty fast for a bank."

While many companies just have their tech teams working "agile", that is, in sprints, Macquarie has adopted an enterprise agile model where both the technology and business teams are using agile systems. 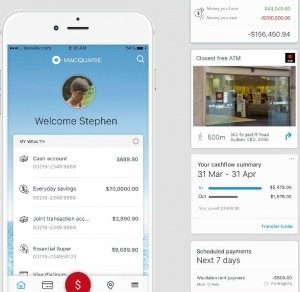 While Macquarie has adopted a model that's allowed it to develop new tech-focused products, it's still plagued by the problems facing all banks: legacy systems. The technology is available for transaction and savings accounts, some cash management accounts, credit cards and new home loans.

"We're migrating our loans on our old system to our new system. If you got a home loan with Macquarie today, it would be on our new system and all that functionality would be available. For existing customers, a lot of it's there and we're continuing to build it out."

Recognising the difficulty of trying to scale to existing customers, Perham says that the mindset is to get it out there and get it working first.

"One of the problems when you do these sorts of new, groundbreaking things, you sort of have to start somewhere."

While its current projects have focused internally as opposed to partnering with external fintech companies, Perham says Macquarie is open to the latter.

"We partner in terms of providing solutions to customers. We partner with people in terms of building solutions. Often the fintechs have some great ideas, but have sort of a piece of the solution," Perham says, noting that fintech companies tend to see the bank more as a good partner that is facilitative rather than a competitor.

"It's a big space, and we're not thinking that we can do it all ourselves."