The rise of voice biometrics in banking 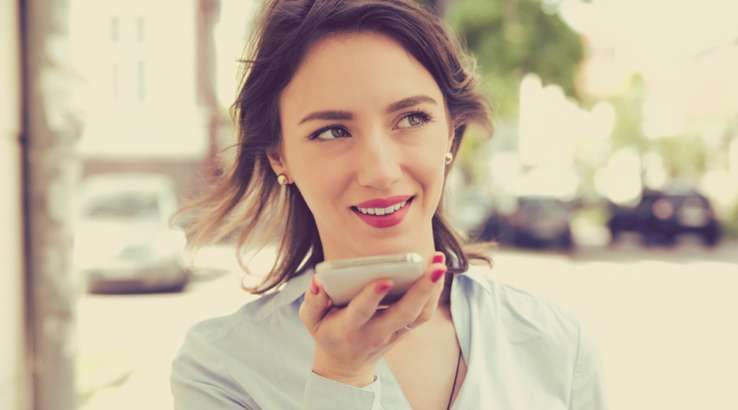 Our voices will be used to tackle fraud as real-time payments are introduced this year.

Voice-authentication in banking is becoming increasingly popular, but just how secure is our voice? Turns out, very.

I recently spoke with managing director for Nuance Enterprise Australia and New Zealand Robert Schwarz to chat all things voice. He shed some light on how voice biometrics works, whether voice authentication is safe and how voice will play a huge part in combating fraud this year as real-time payments are introduced courtesy of the New Payments Platform.

So what is it, exactly?

In a nutshell, voice biometrics is a way of using an individual's voice to verify their identity. In September 2017, ANZ was the first Australian bank to launch voice biometrics for mobile banking, developed by Nuance. The technology enables ANZ customers to authorise mobile transactions over $1000 using just their voice.

In recent weeks we’ve seen many Australian banks jump on the voice bandwagon, recognising it as an extremely user-friendly tool for consumers when checking their bank balance or logging into their account. However, Schwarz explained that these capabilities are not necessarily using voice biometrics.

“What people sometimes confuse and lump together is the concept of voice biometrics and also speech recognition. They're actually two different technologies. One is going, 'What did Robert say?' And the other one is going, 'Is it Robert?'.

“Speech recognition is the ability for you and I to have a conversation and a machine to take that speech, convert it to text, and then analyse that to understand what the intent is. So that's what Siri does. Siri does not do any authentication.

“But biometrics is different. Biometrics doesn't really care what you say, but it's how you say it. I could be talking German or English, and the biometric is looking at the specific way that I say what I say, rather than what I'm actually saying,” he said.

Schwarz said there are two main reasons why the banks are so keen on adding voice biometrics to their consumer banking platforms: it’s secure and user-friendly. “We're all very comfortable with speaking. So we don't necessarily have to do anything more than we would normally do to be able to authenticate who we are,” he said.

While voice is convenient a lot of the time, Nuance works with the banks on other forms of biometrics too, such as facial, which may be more appropriate for particular situations.

“Let's say you're in the car, and you're by yourself, and you ring your bank. Using voice is a really good way of being able to authenticate and not distract you from what you're doing. If you're on a train on your way into work, you may not want to be talking to your phone. But taking a selfie and authenticating through a facial mechanism is something that might be more appropriate in that sort of context.”

Can't someone just record my voice?

It’s fair to say that a lot of Australians are still quite sceptical of voice biometric security with regards to their banking. A recent survey by finder.com.au of over 2000 Australians found only half of customers who would use biometric identification would actually trust the technology to authorise a payment. Plus, 12% of Australians find it creepy.

“I think over time, it's going to be something that becomes more and more mainstream and more accepted and as people get used to it. In terms of biometric modalities, voice is considered one of the most secure out there. It's very much a technology that's been proven to work, time and time again,” said Schwarz.

And as for someone recording your voice and using it to access your banking, it turns out this is actually pretty tricky to do. “The software picks up very slight differences in the shape of your vocal cords or how your nasal passages work. When you record a person's voice and then play it back, the audio file is actually different. The algorithms within the software pick up the differences in that audio file and are able to detect that,” he said.

Your voice is protected in the bank’s system too, so it’s practically impossible for a hacker to steal your voice ID from your bank. “So it (your voice) gets stored, basically, as an algorithmic set of ones and zeros. So even if you were able to hack in and get that, it would be meaningless. It's not attributable to anyone. It'd be like having 11 pages of ones and zeros that you really couldn't make head or tail of, if needed be.”

Australia is preparing to welcome real-time bank to bank money transfers as early as next month with the launch of the New Payments Platform (NPP). Buried underneath all the hype of this concept is the concern that as it becomes quicker and easier to send and receive money, fraud rates could potentially increase. Schwarz highlighted the UK, where this was the case.

“That's just unfortunate because any new effort that goes out there to make things easier for people, fraudsters like to take that as an opportunity to try and do account takeovers or fraudulently take money.”

With money sent instantly, rather than a transaction sitting as pending for a couple of days, it will potentially be harder to identify fraudulent transactions and stop them before the money is cleared. Voice biometrics will play an important role in stopping that fraud from happening at the start.

“If you can authenticate and identify and make sure that Alison is Alison straight away, then you're stopping fraud before it happens. It's about identifying and authenticating the individual upfront,” said Schwarz.

When real-time payments are introduced we'll be able to send money to people using just their PayID, instead of having to enter in our recipients BSB and account number. After entering in someone's PayID, you'll receive an alert confirming the recipient's full name and asking if you'd like to go ahead with the payment, which will help to minimise the amount of incorrect and mistaken payments.

We can expect voice biometrics to spread and advance throughout 2018

Schwarz is confident that we’ll see more banks incorporate voice biometrics into their platforms throughout the year. Plus, the software will continue to advance. Nuance is working on developing a range of additional security steps to complement its voice biometric technology, such as analysing a person's location and device.

Nuance is even looking at how the software can analyse a person's behaviour and how they act with their phone or computer. “The way that you either work on your laptop or the way that you navigate using your mobile phone or an iPad is actually quite individual... how you type, how you swipe the screen. We all tend to have little idiosyncrasies around how we interact with our devices,” he said.

"It's very natural for people to want to talk, and they're getting used to it again. So I would expect we'd see further rollout of voice biometrics as an authentication process with other banks throughout 2018."