“Everyone laughed at us,” says Revolut at Melbourne’s Intersekt Festival 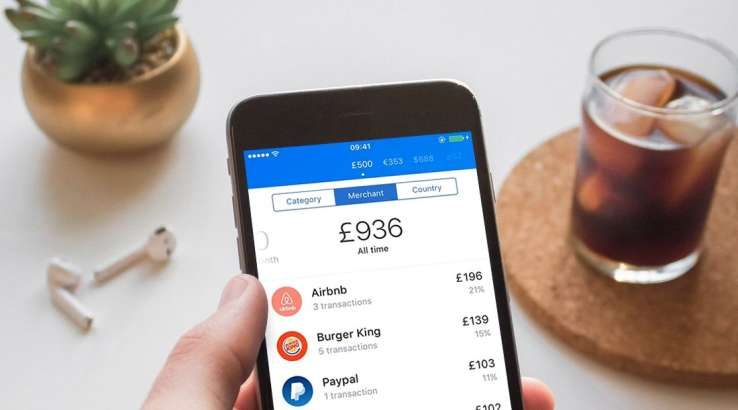 With well over 3 million customers in Europe and 8,000+ new accounts opened every day... who’s laughing now?

The highlight of day one at Melbourne's Intersekt fintech festival had to be Chad West from digital finance app Revolut, who spoke of the tech company's incredible growth over just three short years. Like most fintech startups, Revolut wasn't taken seriously in the beginning. “Banks laughed at us. Venture capital firms laughed at us. Friends and family laughed at us," said West.

A few short years later and Revolut now boasts more than three million customers in Europe, with over 8,000 new accounts being opened every single day. The fintech company is preparing its launch in Australia in early 2019 with a cool 20,000+ Australians already on the wait list.

"Needless to say, they’re not laughing now," he said.

A bundle of finance products and services within the one app

The initial service that Revolut offered to consumers was foreign exchange of currencies with instant access to the real interbank rate. “For those of you who don’t know what it (the interbank rate) is, it’s because banks don’t want you to know what it is. There’s no mark-up whatsoever on top of it. They could travel anywhere in the world, with over 150 currencies, with the real interbank rate.” West said this is what made consumers flock to the app in droves and is sure to be a winning feature in Australia where the Australian Competition and Consumer Commission (ACCC) is currently conducting an inquiry into foreign exchange fees.

Like many personal finance apps, Revolut sorts a customer's transactions into a range of spending categories to make it easy to see where your money is going and where you have capacity to save. However Revolut goes one step further, enabling users to set up monthly budgets for what they want to spend in each category; for example, you can set a budget of $200 a month for eating out. The app then tracks this and sends users a push notification to their phone when they're getting close to their limit within each spend category.

The app also offers the increasingly popular "round up" feature, rounding up a user's everyday transactions and putting the spare change into their savings. “What we’ve found is that over a month, the average user saves around 35 pounds (about AUD$63), which is pretty substantial. It’s not rocket science, but it’s another element of control they can have over their money,” said West. Going one step further again, Revolut also gives users the option of using that spare change to build up a cryptocurrency portfolio, instead of sending that money to their savings.

If you lose your Revolut debit card, you can freeze it within the app until you find it again which virtually disables the card in case someone finds it and tries to go on a shopping spree. This feature isn't exactly groundbreaking, with several Australian banks offering similar card on hold features. But what is groundbreaking is that users can also choose to freeze a whole range of features on their card such as contactless payments, ATM withdrawals, online transactions, swipe transactions and more.

Commission free trading on shares, bonds and exchange traded funds (ETFs) is the next feature in the pipeline set to launch early 2019. "So that means you’ll be able to invest in the stock market commission free. This is the next area to be broken. If you look at Robin Hood in the US they’ve absolutely stormed the market.”

There's a number of new digital banks currently popping up in Australia including 86 400, volt, Xinja and Up. These challenger banks are run entirely through an app and are focussed on offering seamless tech and data solutions to shake up Australia's banking sector and provide a real alternative to the Big Four.

But Chad West said this isn't what Revolut is doing.

“You can call yourselves a challenger bank, a neobank and all these buzzwords. For us, we are taking a sort of Amazon of finance approach. A one-stop financial shop where you’ll manage all aspects of your financial life.

“We are not a bank, and we’ll never refer to ourselves as a bank because it has negative connotations to it. Why would you brand yourself as something that people hate? We are a tech company and have always prided ourselves on being a tech company.”

This is reflected in Revolut's pricing structure, which involves a monthly subscription-based model. The pricing is more in line with tech giants like Spotify and Netflix, rather than traditional banking products. Users can opt for the premium model for £12.99 a month or the lower tier for £6.99, which includes a huge range of features and services in a bundle-type package.

The premium model includes a state-of-the art sleek metal debit card in either black or rose Gold. Speaking of the debit cards, West finished his speech with a promise to the crowd: “You’ll see them all over Melbourne very soon.”