The fintech phenomenon: Do Aussies only want to borrow from banks? 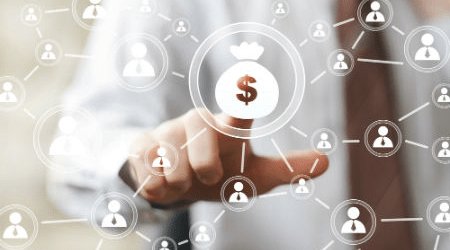 Marketplace lending, online business loans, robo-advice, blockchain – none of it means anything without consumers. So what do Aussies think of fintech?

The threatening, disrupting nature of fintech is a widely discussed topic, with consumer benefits often being the focus. However, what's interesting is that in the push to get companies, ideas and funding across the line, the actual customer – whether they're a borrower, investor or seeker of advice – often gets left behind.

Robert Allen, director of payments technology and consulting at PwC spoke about what's driving fintech at a Fintech Sydney event this week.

"Fintech is being pushed forward by a new way of thinking, by millennials, so this needs to be embraced as part of the innovation," he said at the Unpacking the Federal Government's response to fintech priorities event. But just how many Australians are aware of these products, and how many are adopting them?

A recent survey by business banking market research and analysis firm East & Partners found that of the 1,000 SMEs it surveyed, 39% had considered using non-bank business finance in the previous six months. This is an increase from 26% of SMEs and 23% of micro businesses in 2013.

At the Fintech Sydney event, investment director of AirTree Ventures Cath Rogers spoke about it had invested in just one fintech company, Prospa Business Loans.

"Prospa weren't going to take much away from the banks...not many banks provide cash flow solutions to banks, so it's a new market."

Similar opportunities exist with online business lenders offering innovative financing solutions, such as InvoiceX, which lets businesses access finance by securing one or more outstanding sales invoices while at the same time being a marketplace lender. Other more "standard" products can include unsecured business loans, which banks generally do not offer, or loans with quicker turnaround time.

The adoption of fintech – who, where and why

While adoption of alternative business financing might be growing among SMEs, it's not all good news. according to EY's latest fintech report, On the cutting edge, Australia is trailing behind other regions when it comes to embracing fintech. New York and California are leading demand, with the UK following third. The demand is broken up into three subsets; consumer demand, corporate demand and demand from financial industries.

The Australians who are more willing to adopt fintech are younger, well educated, tech-adopting urban dwellers, and are worth 2.6 times the value of a customer in the traditional economy, according to the Centre for Social Economics, which used the Roy Morgan Single Source consumer database. As part of this "Desire Economy", as it's been called by the Centre for Social Economics, 64% of the high-value consumers would prefer never to go into a traditional bank again. The data also revealed that ANZ, NAB and Westpac have 29% of their total customer base in the Desire Economy, with CommBank at 24%.

So, if those consumers are so desperate for an alternative, why are they banking with one of the Big Four?

SocietyOne's co-founder Greg Symons commented on this issue at Fintech Sydney. Host Glen Frost pointed out that SocietyOne didn't have "bank" in its name. Do consumers only want to borrow from banks?

"The biggest factor is education," Symons said. "When we launched in 2012, not many Australians knew what marketplace lending was and a lot still don't," he said. "[But] fintech is becoming more trusted."

How does peer-to-peer lending compare with savings accounts?

As Harmoney enters the Australian…

The benefits of borrowing from a peer with…