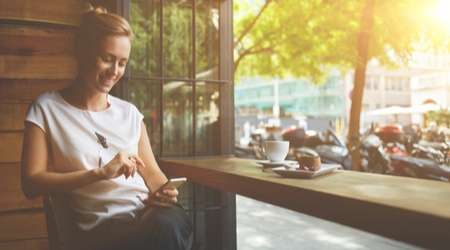 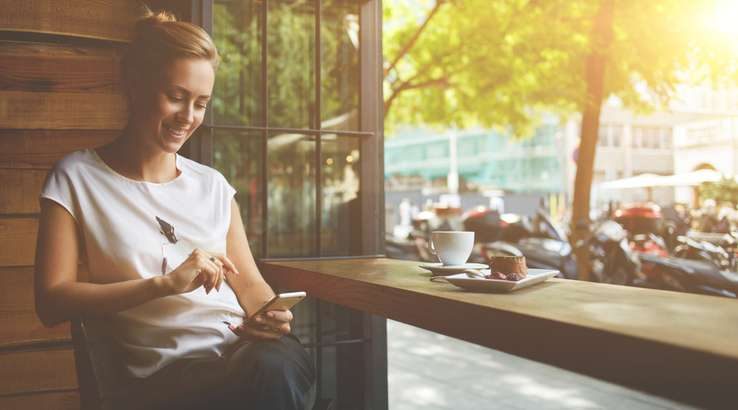 Digital bank Up has officially launched its new in-app payments functionality to customers, which is closer in look and feel to Facebook Messenger or a Whats App conversation than to traditional bank-to-bank payments. Up, which is backed by Bendigo and Adelaide Bank, launched its app with a linked transaction and savings account to the market in October; however, its payments functionality has been in beta testing and not available to customers until now.

Up gave Finder access to the beta version of the conversational payments functionality within the Up mobile banking app so we could use it ourselves and see what it was all about before it officially launched to customers. 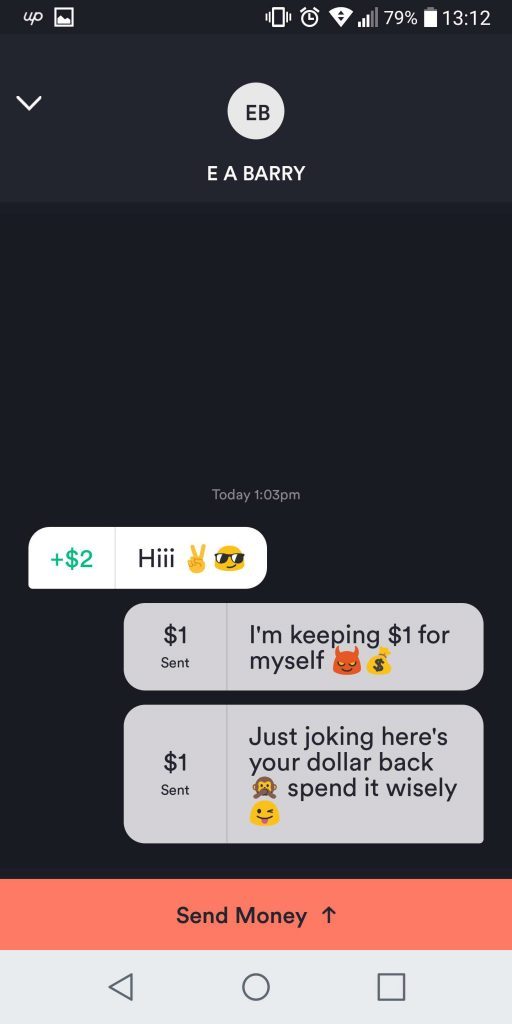 Real-time payments that feel like a Whats App conversation

To send a payment to my colleague Elizabeth, who also has the Up app installed on her phone with early access to the new payments feature, I just had to enter in her PayID like normal so Up could verify her details. You can also do it the old-fashioned way and enter in their BSB and account number if they don't yet have their PayID set up. This process took about five seconds, and then she was verified as a payee of mine. Meanwhile, she did the same in her app and verified me as a payee so she could send me the great sum of $2, which I received instantly.

Because Elizabeth had sent me money, our "conversation" had already started. To send money back to her was super simple. I just clicked "Send money" within the conversation panel between the two of us, entered in the amount (I sent $1) and wrote what for, adding any emojis throughout. It doesn't look like your typical bank transfer, it looks more like a chain of text messages or a Whats App conversation between the two of us. Rather than just being listed as a transaction in my bank feed, I can now scroll through our conversation and see every payment between Elizabeth and I all grouped together like messages.

Up is the first Australian bank to launch this style of payments, which feels more like an online conversation with a friend rather than a bank transfer. The tool is driven by Osko as part of the New Payments Platform and enables instant bank-to-bank transfers from within the Up app.

Chief imaginer at Up Anson Parker said they believe the new payments feature will make moving money between friends, family and merchants easier than ever before. "Driven by Osko, payments are made in real time to friends and merchants – there's nothing 'pending' here. And we've built this platform from the ground up to enable the conversational format that gives customers clarity on where money is going to and coming from – all in one spot. So with direct payments, we are launching what we believe is the best offer in market. This comes back to our tech-led banking approach. Anyone with a license can transact, but how can we make it the best experience for our customers?"

Up's new payments functionality is very similar to that offered by bill-splitting app Beem It, which launched to market in May this year. Beem It is a joint venture between Westpac, CBA and NAB and allows anyone with an Australian debit card to pay, split and request money instantly for free. I reviewed Beem It when it first came out and have continued to use the app since then.

Beem It also looks and feels like a social media platform and has the same "conversational" approach to payments. Currently, you can do more with the Beem It app because it also allows you to split group payments instantly and send payment requests to people who owe you money. However, unlike Up, Beem It is an external app that's not tied to any one bank.

Currently, Up customers can only have payment conversations with one person at a time, but this will improve as the functionality continues to be updated. "Of course, we'll continue to improve payments as we go. In the future conversational payments will improve to enable group payments, request for payment and payment replies from within the smartphone app," said Parker.

The new payments functionality is live and available in the Up app for all customers right now.