Best utes to buy with your $150k business tax write-off

With the announcement of the $150,000 tax write-off, you might be wondering which ute (or utes) would best suit your business. Here are some of the best utes according to motoring journalists, current owners and our team.

According to the Australian Tax Office, there are some conditions attached to the $150k asset write-off, when it comes to commercial vehicles.

In addition, if you purchase a car (a passenger vehicle, except a motor cycle or similar vehicle, designed to carry a load less than one tonne and fewer than nine passengers) for your business, the instant asset write-off is limited to the business portion of the car limit of $57,581 for the 2019–20 income tax year. For example, if you use your vehicle for 75% business use, the total you can claim under the instant asset write-off is 75% of $57,581, which equals $43,186.

To qualify for the full amount to be written off, the vehicle must:

You should absolutely talk with your accountant before making a purchase.

If you want to spend as a little as possible, then brands like Great Wall, Mitsubishi, Isuzu, LDV and Ssangyong will appeal. 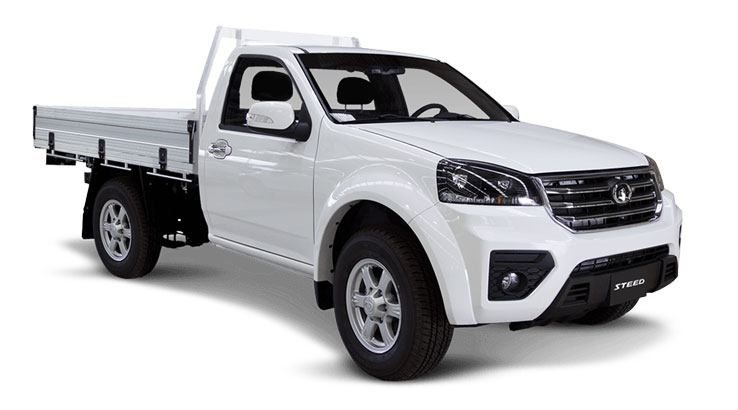 Great Wall Motors is a Chinese automotive manufacturer, who professes to be one of the country's most successful carmakers. The company was formed in 1984 and built its first independent vehicle in 1995. The Great Wall Steed, known as the Wingle in some global markets, is the lowest priced ute on the Australian car market today. Great Wall states the Steed is powered by a 2.0-litre turbo diesel, mated to a 6-speed manual and has four-wheel drive that runs through a BorgWarner transfer box. 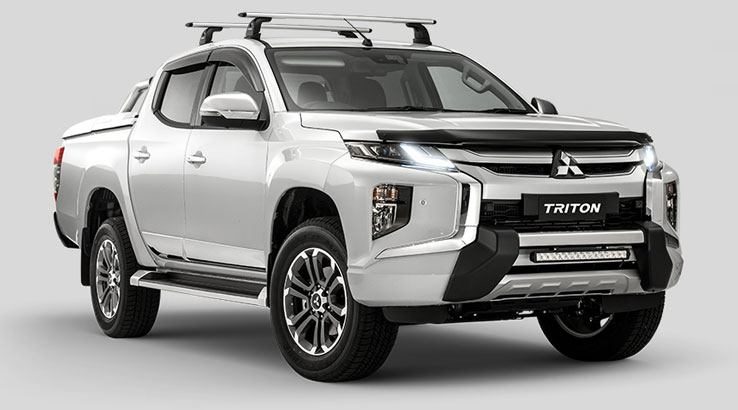 If you prefer a more widely known brand, Mitsubishi is currently offering their 4x2 Triton ute from $24,990. The Triton is held as an example of a great ute around town, a good value vehicle, a stylish pick-up and as a model with excellent safety assists. Also, you get a 7-year/150,000km warranty with a Triton, in addition to 3 years of capped service pricing.

Check out our Mitsubishi Triton finance guide as well as our Triton comparison review. 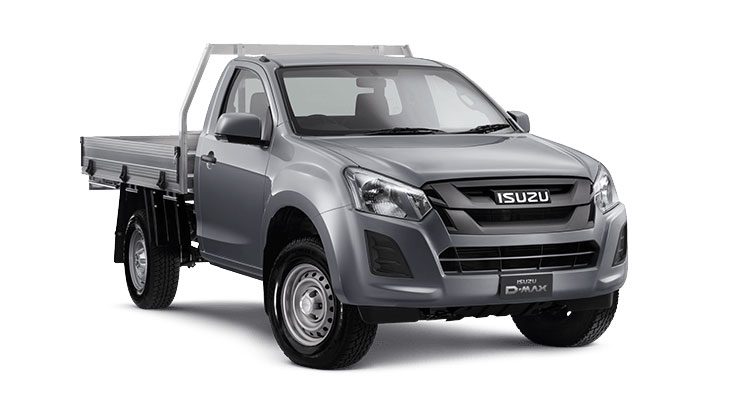 Isuzu's D-Max comes in from as little as $26,990. Car reviewers reckon it presents a good deal, with a grunty diesel engine, big payload and a long, six-year/150,000km warranty. Isuzu says that it's the lowest-priced diesel-powered ute on the market, with the largest capacity in its class.

Plus, included in the price, on top of the six-year warranty, you also get six-years of capped price servicing and seven years roadside assistance. 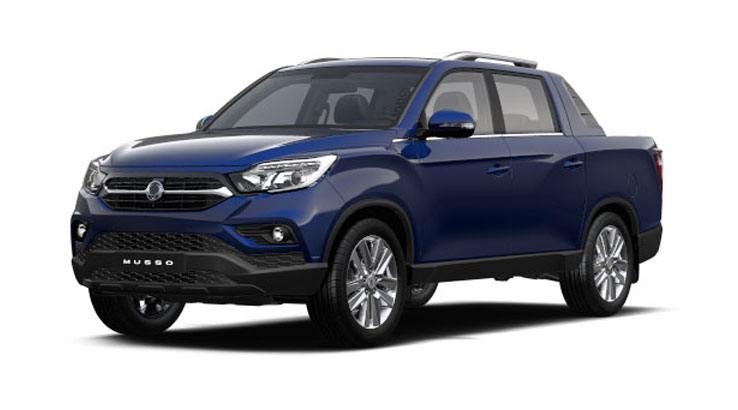 One of the cheapest 4x4 utes on the Aussie market is the Ssangyong Musso and the extended load bed XLV model. The Musso's drive-away cost starts from $30,490. Its name is the Korean word for rhinoceros. The Musso was received fairly positively by car testers. One tester described the interior as comfortable and luxurious, with a heap of active safety gadgets, a smooth and grunty donk and a long (seven-year) warranty. Overall, it seems to present reasonable value.

If that weren't enough, it has the longest in-class tray:

The new Musso XLV takes it up a notch, laying claim to the title of 'Capacity King' with a class-leading 19% longer tray delivering a massive 26% more load capacity.

On one site where verified owners are able to post reviews, a number of motorists said they felt it was a very luxurious ute, calling it the Rolls Royce of the ute world and a severely underrated vehicle. 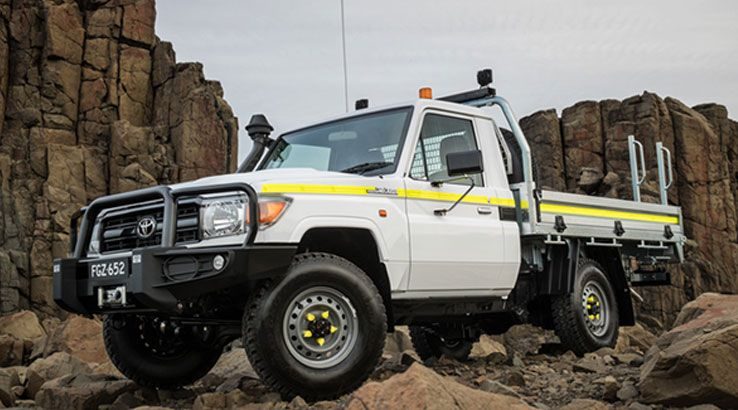 If you need to take your ute into a mine, into some extreme off-road terrain or just generally want a super tough ute, then the Land Cruiser 70 Series is probably the ute to go for.

It has a massive 4.5-litre turbo diesel, producing 151kW at 3,400rpm, while it makes a very healthy 430Nm of torque with a decently low rev range of 1,200-3,200rpm. Ground clearance sits around the 230-235mm mark. Basically, it's packing some real punch as it comes from the factory and with traction control and a selection terrain response system, it'll go wherever you point it. The LandCruiser 70 will easily tow 3,500kg.

Plus, buying a Toyota, you get access to their 203 nation-wide dealership network. The LandCruiser 70's drive-away cost starts from $70,812. 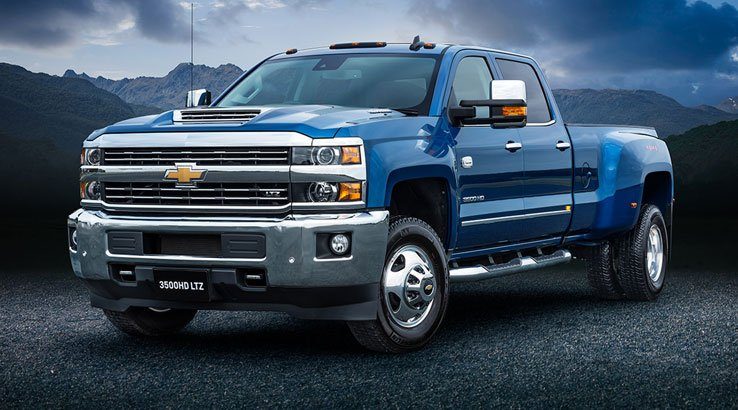 If you're looking for a high-performance ute that will serve as both a work truck and a weekend getaway vehicle, there are a few to choose from.

Note, when you're using it for both business and leisure, you'll only be able to claim against the percentage of business use. Plus these utes don't necessarily qualify as commercial vehicles due to a sub-1,000kg payload!

One of the best known is the Ford Ranger Raptor. Ford engineers basically tortured the ute in gruelling environments to develop this thing to be tough as nails. Just looking through its Terrain Management System gives you an idea of its intentions. For example, it has a Baja Mode – a setting that dials in the ute for high-speed desert drives. It's damped by suspension from the world-renowned motorsport company, Fox Racing, and it is in a select club of factory utes that come with large 33-inch all-terrain tyres by BFGoodrich. According to this Ford video, the engine testing included pinning the throttle for 18 days solid.

The Ranger Raptor is more of a rallycross-inspired speed machine, while other ute builders have geared their most extreme 4x4s to slower, more hard-core off-roading. The Range Raptor starts from $76,290 (manufacturer's recommended list price). 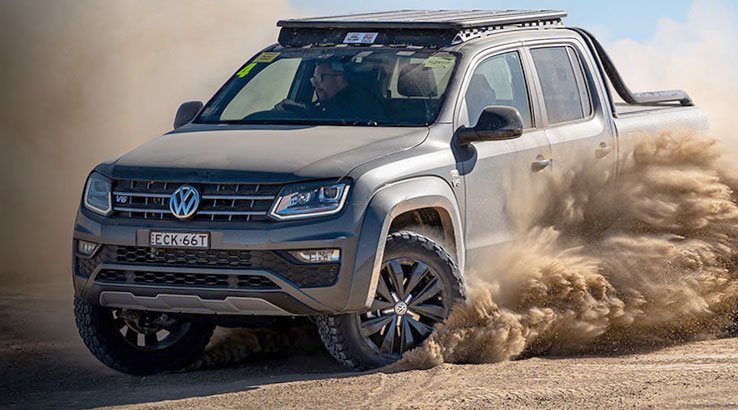 Volkswagen sells the Amarok V6 Ultimate 580, which has a 3.0-litre turbo-diesel V6 under the bonnet. It has 190kW around 3,250rpm and a peak of 580Nm kicks in from 1,400rpm. It also has an 8-speed automatic transmission, 20-inch alloys, an underbody design element, sat-nav, a protective load bed coating and 14-way adjustable front passenger seats with heating elements. 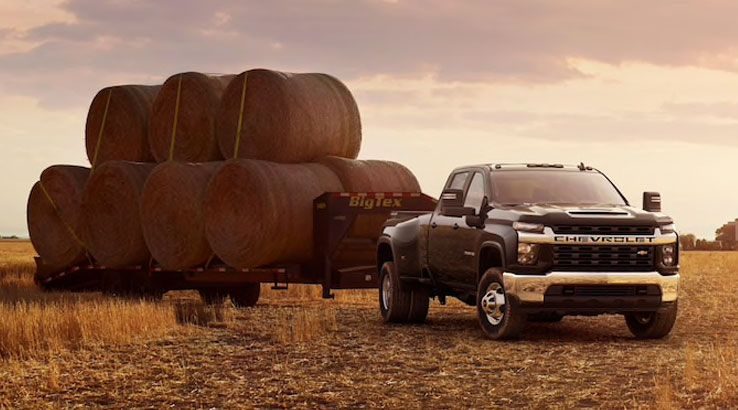 It's essentially the largest ute you can buy, described by some journalists as a full-size truck. It's remanufactured by HSV in Clayton, Victoria. The specs are off the charts:

Which ute is best?

The answer to that question depends on how you plan to use it. If you have a farm and want something that can haul as many bales of hay or as much livestock as possible, then look at a single cab with a tray – some can carry up to 1,300kg of stuff.

If you're a tradie and want to customise the back of your ute to carry materials and your tools, then a basic single cab or king cab might be the best to opt for.

According to our comparison of dozens of ute reviews, the Ford Ranger is the most highly rated ute, followed by the Volkswagen Amarok and the Mitsubishi Triton.

Getting the most for your money

If you want to save your money, here's how you do it.

Buy the lowest spec ute you can live with. There can be a difference of over $15,000 or more between the entry model and the top of line ute from the same range.

Go for a RWD. 4x2 models will save you thousands of dollars. You may not really need four-wheel drive if you never venture off of paved roads. Plus, a RWD should be more fuel-efficient due to the weight saving and fewer moving parts.

Do you need a high-rider? Hi-riding models, with more ground clearance, may look tough and let you travel comfortably off-road, but lo-riders are cheaper and work perfectly well on roads.

Do you really need a diesel? Most of the low price utes come fitted with petrol engines and five-speed manual gearboxes, opting for one of those, you'll save thousands.