Save on NBN plans: Why 50Mbps speeds should hit your sweet spot 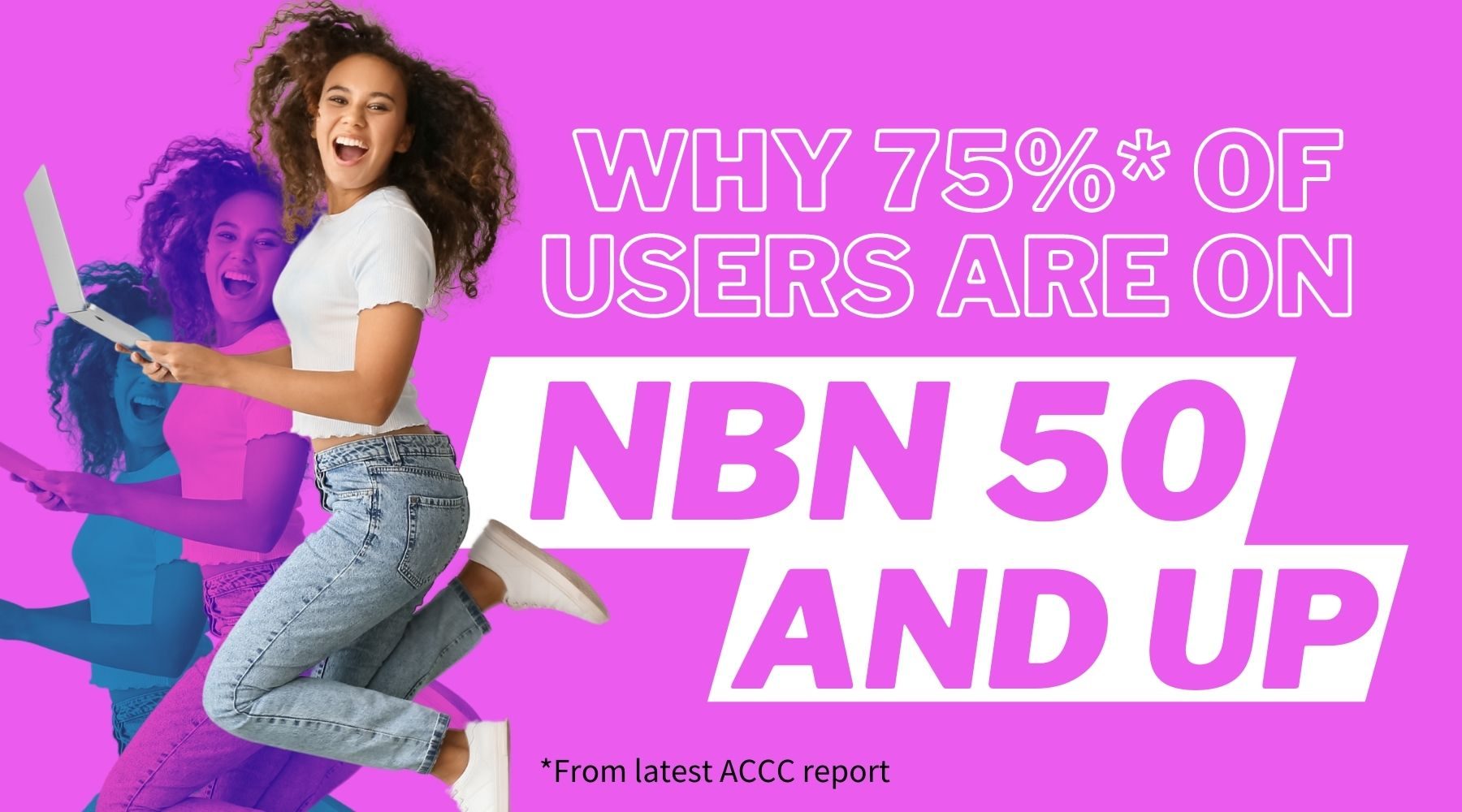 New ACCC report reveals 75% of users are on NBN plans with at least 50Mbps speeds or faster.

If you've been on the fence about upgrading your Internet because of your budget, we suggest sticking to 50Mbps speeds if you're a household of 2-3 people.

A new Australian Competition and Consumer Commission report for the June 2021 quarter suggests more and more households in Australia are moving away from slower NBN speeds.

Almost three-quarters of NBN connections are at 50Mbps speeds or above, and 17% at 100Mbps+.

This could be due to a few reasons including the pandemic, life in lockdown, homeschooling and working from home.

What NBN plan is right for me?

You might get enticed by NBN plans offering 100Mbps speeds, especially if you're seeing some nifty 6-month discounts. But don't let them fool you into getting something you might not need.

If you live in a household of 2-3 people with daily Internet use, some form of online gaming, streaming and hopping on Zoom calls, NBN 50 plans should be enough.

In fact, they're also the most popular speed category on Finder.

Just make sure the provider you choose offers the maximum 50Mbps speeds at the busiest time of the day. This means you'll want to look out for 50Mbps typical evening speeds on NBN plans.

Only consider going for higher speeds if you're a family of 4, with your kids in their teens.

How much will I save on my NBN plan?

Assuming you're torn between NBN 50 and NBN 100 plans with unlimited data, here's a few cost breakdowns to help you out.

One of the cheapest NBN 50 providers in our database is Tangerine.

Our top picks for NBN 50 plans

If you're convinced that 50Mbps speeds are right for you, consider our top 3 expert picks based on a few different factors including price, speed and popularity.

Please note that discounts mentioned below are for new customers only.

As mentioned above, Tangerine offers one of the cheapest NBN 50 prices in our database. Pay $54.90 for the first 6 months, then $69.90 afterwards. You get full 50Mbps speeds, no lock-in contract and a 14-day free trial.

2. SpinTel: For being the second best cheap option

SpinTel's NBN 50 plan is another solid choice if price is a factor. Thanks to a comparison website exclusive, you get to pay only $59 monthly for the first 6 months, then $64.95 after that.

Again, you get full 50Mbps speeds during the busiest hours of the day, no lock-in contract or set-up fee.

3. TPG: For being the cheapest out of the bigger companies

If you're more comfortable going with a well-known brand, then TPG is going to suit you well. Compared to other major players in the NBN arena, TPG's prices are more affordable.

Not sold on the NBN 50 plans above? Compare NBN plans from over 40 providers in one place to find the best deal for you.