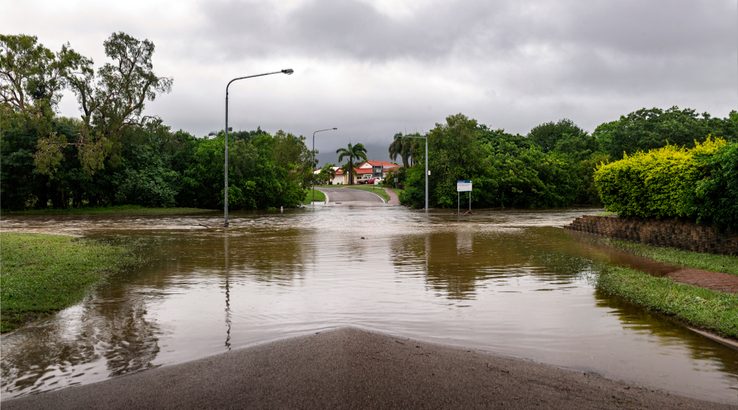 His comments on Ross River Dam flood damage questioned the definition of "flood" where no question really exists.

Queensland Emergency Services Minister Craig Crawford gave Townsville residents an unnecessary scare when he publicly questioned whether their flood insurance would cover them for a recent flood event – when it's quite clear that it would.

The event he was referring to occurred on Sunday, when authorities completely opened the Ross River Dam floodgates after the city's worst rainfall on record filled the dam to more than 200% capacity.

In response to the drastic decision, which sent 2,000 cubic metres of water per second to surge downstream, Crawford told the ABC, "This will be an area of interest for me to see how the insurance industry reacts to this and whether they consider any difference between water that came down the river from the rain or from the dam release".

In fact, that question was put to rest back in 2012 when the federal government began requiring all insurers to adhere to a standardised definition of the term "flood".

What is the definition of a flood?

The standard definition of flood is as follows:

The covering of normally dry land by water that has escaped or been released from the normal confines of: any lake, or any river, creek or other natural watercourse, whether or not altered or modified; or any reservoir, canal, or dam.

So it's clear that Townsville Residents with flood insurance would be covered regardless of whether it was the result of an overflowing river, an overflowing dam (intentional or otherwise) or a combination of both.

The Insurance Council of Australia (ICA), who was instrumental in creating the definition back in 2012, quickly quashed any recent confusion by communicating just that.

"The ICA wants to allay community confusion and clarify exactly what this situation means to householders in terms of their insurance cover. All insurers in Australia have used a standard definition for flood since 2012. The standard definition includes water escaping from a dam, including an intentional release," ICA CEO Rob Whelan said in a statement.

Are you covered for floods?

According to a Finder survey, Queensland residents are the most unprepared for natural disasters, with more than a third of residents going without home insurance. So the first step to protect yourself from floods is to get home insurance and make sure it includes flood cover.

Flood cover is typically optional, but most home insurers force you to opt out of it if you don't need it rather than ask you to opt in if you do. That way the choice is still yours, but it reduces the risk that you'll forget to add it.

Whelan says around 94% of home and building insurance policies purchased in Australia do include flood cover but don't just assume yours does. Double check just to be safe.

Is there any relief in sight?

This is the third time in as many years that Queensland has experienced flooding that rises to the level of "catastrophe" as defined by the ICA. So far, damages are estimated at $80 million.

Last March, heavy flooding caused nearly $17 million worth of damage in the Northern Queensland towns of Ingham, Cordelia and Innisfail. Exactly a year before that, Cyclone Debbie landed in Airlie Beach, causing storm and flood damage throughout Queensland and New South Wales, even reaching as far south as the NSW/VIC border. Damages from that storm reached a staggering $1.7 billion.

As a result, Queensland homeowners have been struggling with rising home insurance costs, prompting the Australian Competition and Consumer Commission (ACCC) to study why this has been happening and to devise solutions to the problem.

The agency recently released its first interim report to the Treasurer, outlining several recommendations the agency believes will help reign in prices and alleviate pressure on homeowners. Some of the recommendations include prohibiting insurance brokers from earning commissions, removing stamp duty on insurance products, designing products that are easier to compare and boosting unfair-contract protections for consumers who purchase insurance.

The ACCC's inquiry is ongoing and is expected to conclude at the end of 2020. In the meantime, you can do your part to find better rates on home insurance by conveniently comparing your options here.