Millions of Aussies will pay more for health insurance from October 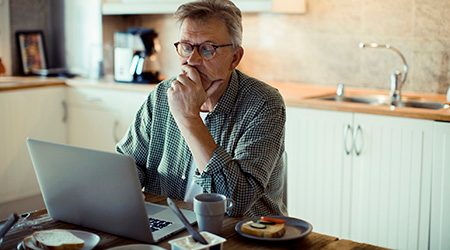 Planned price hikes were paused in April due to COVID. Now, Aussies just have a few weeks to lock in a lower price.

Aussies are being encouraged to revisit their health insurance as soon as possible, after the majority of health funds confirmed they would be going ahead with October price hikes.

Usually, Australian health funds raise their prices in April but COVID threw a spanner in the works and made claiming much harder for millions of members.

Thousands of elective surgeries were cancelled and government restrictions meant many health providers were unable to operate at all. As a result, Aussies couldn't take advantage of their policies so the majority of funds put price hikes on ice - temporarily.

Now that they're back on, it's time for Aussies to do a little research and potentially save some cash. This year, the average hike was 2.93% but HBF planned a price hike of just 1.98% while HIF confirmed a hike of 5.58%. Now, HBF has scrapped 2020 increases altogether.

Although the differences don't seem like much, it all adds up. If a family has a gold tier policy which costs $340 a month, an increase of 5% suddenly adds more than $200 to the annual bill. On the other hand, an increase of 2% adds roughly $80.

But there are ways to avoid the hike, or make savings that cancel out the cost, without dropping health insurance or even reducing your level of cover.

You can pay for health insurance up to 12 months in advance. If you do that now, you can lock in the current prices until next year.

Remember, it's possible that further price hikes will come in April 2021, so if you pay up-front for 12 months of health insurance now, you'll effectively skip two price hikes.

Hospital insurance is split into tiers - basic, bronze, silver and gold. The coverage is relatively similar but prices can vary significantly.

For example, a silver hospital policy can easily cost between $100 and $160 a month. If you compare online and switch to lower cost cover in the same tier, that's a potential saving of more than $700 a year.

How much is health insurance going up?

Individual health funds are raising their prices by different amounts. Check the table below to see if you're going to get a good deal, or a significantly bigger bill.

Get a quote for health insurance

Fill in your details below and we'll show you quotes for health insurance from all of our partners. You can even see a full-market comparison simply by ticking a box on the results page.