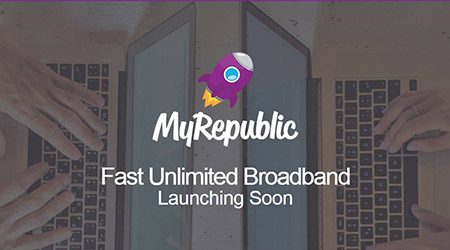 New NBN provider MyRepublic wants a gigabit future for Australia and FTTN is in the way.

Having launched in Australia last week, Singapore-based ISP MyRepublic has some big plans for the Australian market. With a single plan offering unlimited data and the promise of the fastest speed you can get at your address, plus a gaming variant that prioritises gaming traffic, the ISP has already incited change in the broadband infrastructure of both Singapore and New Zealand.

Speaking with finder from the show floor at PAX Australia, CEO Malcolm Rodrigues says MyRepublic has every intention of doing the same thing in Australia. Having rolled out 1Gbps plans in both of those countries, Rodrigues believes that the same will happen in Australia, but the process will take a bit of time.

When asked why it will take time, Rodrigues pointed squarely at the multi-technology approach currently adopted by the NBN.

"I think even before you get there, you kind of need to move away from the mixed technology. Right now, the NBN wants people to pay more money to buy the 100mbps [plans], but they don’t really want you to know that if you’re on fibre you get 100[mbps], but if you're on fibre to the node you can only get 50[mbps] but if you’re on something else you’ll only get 20[mbps]," Rodrigues explained. And in order for things to change, there needs to be a large awareness campaign that fibre to the node isn't capable of delivering the same speeds at FTTP.

"Part of it is that you’re going to check our website, and we’re going to come back and say 'that’s great, correct, you can sign up, you can get 50mbps'. And you’re gonna go: 'Well, my neighbour got 100mbps. How come he can get 100mbps and I can only get 50mbps?' And then you can dig into it and say well, it’s FTTN." 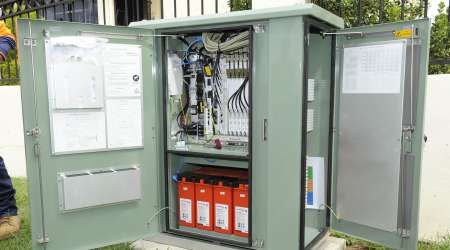 Not a fibre exclusive diet

Despite his obvious interest in being able to deliver the best possible speeds to his customers, Rodrigues doesn't think that fibre is necessarily the answer to everything.

"One thing to keep in mind is that in New Zealand - they’ve stuck with fibre to the home for 75% of the country. The remaining 25% they’re doing through satellite or fixed wireless. They’re not trying to build fibre everywhere. I think they’ve just increased it from 75% to 80%.

"So the same thing here. You’d say building fibre to a farm is ridiculous - and it is ridiculous, you shouldn’t even try it. But there’s fixed wireless, there are other technologies in the NBN. But the FTTN - the fibre to the node - it’s gotta go away. That has to become fibre," he emphasised.

It's also less of a profit issue as a overall economic one, according to Rodrigues.

"Singapore did it because they wanted to create a digital nation, they wanted to turn from a traditional economy to an online economy - you’re starting to see that happening. And the same thing needs to happen here.

"You need somebody who lives in a small town or a suburb who can actually, because he’s got high speed internet, he can do online education, he can start his own business, he can develop on AWS. Small businesses can do their own thing, using cloud services. And if you don’t have it, you stay in the past. It needs to happen." 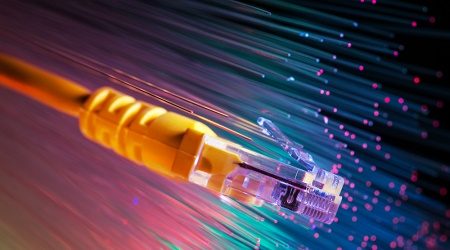 Moving to a Gigabit future

One thing Rodrigues is confident about is the influence his company will have on the Australian market now that he has officially launched. Not only does he argue that the conversation around the NBN will change across the country, but the demand for speed MyRepublic's simple plan structure will create will mean that nbnco will move away from a MTM technology strategy.

"I think what’s going to happen is that we’re going to launch, we’re going to start getting people talking about speed. The other guys will copy our conversation on speed over the next 3 to 6 months. People will start to complain in the next 12 months and ask why," he said. "So you’ll start to see the public raise questions about it."

Once people are actively asking why their NBN FTTN connection can't deliver the same speeds as FTTP, nbnco will start making changes, according to Rodrigues.

"There’ll be no acknowledgement from the NBN that they made a mistake. What you’ll see is all these FTTN areas, there’ll just be a plan that says, 'everything is going so well now and we’ve got so many people on a high-speed that over the next five years we’re going to move all the FTTN guys to fibre'.

"It’ll take a number of years," he added. "You gotta go through a bit of an awareness, and then people need to start lobbying and then it will start happening. So it’ll get there."