Superfast NBN plan promos have lured half a million Australians: Should you upgrade? 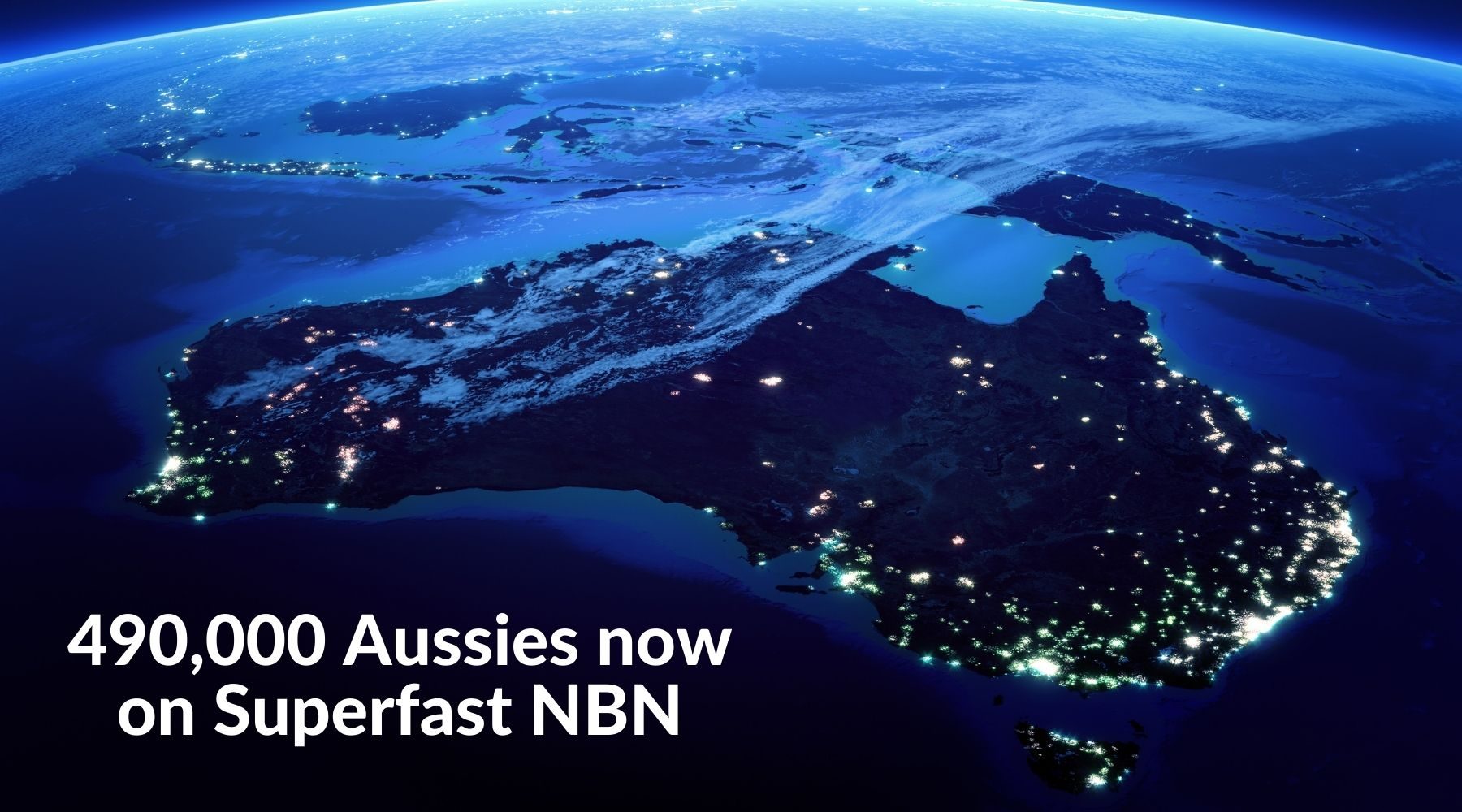 Don't be fooled by price cuts and "free" upgrades – your house probably doesn't need NBN speeds faster than 50 or 100Mbps.

More than half a million Aussie households have been taking high speed NBN for a spin this year, according to the latest ACCC report.

So, how are this many people able to afford the upgrade? It's called strategic marketing.

Heavy discounts and freebies with your Superfast NBN plans

Providers have been slowly enticing customers with easy to get Superfast and Ultrafast NBN plans that are limited to FTTP and HFC premises. These come with heavily discounted prices (as much as $50 less than the original cost) or free upgrades. However, 1,000Mbps speeds are overkill and only suitable for offices and such.

Some Aussies with TPG, iiNet and Internode have received emails telling them they're being upgraded to 250Mbps for 6 months, free of cost. They'd then have the option to switch to the Superfast plan permanently if they wished.

But do you really need a Superfast NBN plan?

Not really, unless you have a really big household running multiple 4K streams at once, downloading huge files and carrying out large game updates.

In fact, as per the new ACCC report and our own Finder data, 50Mbps speeds are the most popular among Internet users. These are good for up to four people with medium to heavy Internet uses like HD video streaming, simultaneous gaming or being online at once.

"More than two-thirds of all NBN connections now relate to services of 50Mbps or above, and about 17% of customers are using 100Mbps or above," ACCC Commissioner Anna Brakey said in a media release.

It's easy to see why telcos are slashing prices and giving away freebies. They're trying to get more people to sign up to faster plans.

This includes Finder's mobile expert and editor-at-large Angus Kidman, who's not yet convinced the faster speeds are right for him.

Internode updated my plan from 100 to 250 as a 6-month bonus offer. I've not noticed any detectable difference, and there are still occasional issues with streaming services during peak periods — the higher speeds don't help with that. I suspect I won't keep the higher speed when the freebie period ends and I have to pay for it. But I'm on month-to-month, so if I drop down and do notice a difference, I can easily increase if needed without too much hassle.

Currently, 8 out of 10 providers in our database are offering unlimited NBN 250 plans at a discounted price. Here's how they stack up against each provider's own NBN 100 plans — the next best speed for you if 50Mbps isn't enough.

Note: Prices below only include the monthly cost for each plan.

Sure, the discounts look great at a glance, but do keep in mind that you'll be paying premium prices after the six-month mark. This is extra money you could be using elsewhere.

"Before moving to higher speed services, the ACCC recommends that consumers consider the value of new promotions, how long they run for, and how they align with their particular needs," Ms Brakey said.

"Many consumers will continue to be adequately served running multiple devices on plans with speeds of 50Mbps or below."

Happy with 50Mbps speeds but don't think your NBN plan is up to scratch? Start comparing NBN providers and switch to a better plan within minutes.