During Galaxy Unpacked 2021, Samsung unveiled its new flagship foldable: the Galaxy Z Fold 3. Here are all the details Aussies need to know about. The big news pretty much across the range has a lot more to do with refinement of where Samsung sees the foldables market going, as well as some very welcome potential price drops.

The new flagship in the Samsung range, and this year's effective version of the seemingly MIA Galaxy Note range, will be the Galaxy Z Fold 3. We were pretty impressed with the Galaxy Fold 2 last year, and in 2021 Samsung hasn't entirely chosen to reinvent itself, instead tweaking the design and feature set to make for a more compelling premium foldable phone.

The Galaxy Z Fold 3 runs on a Snapdragon 888 processor with 12GB of RAM and either 256GB or 512GB of internal RAM, and those are all upgrades that you'd expect with the march of time. 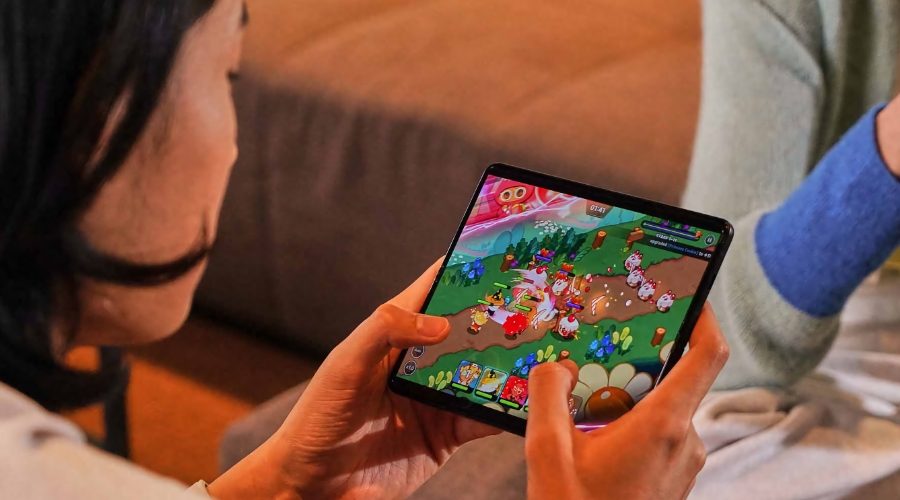 Where the Galaxy Z Fold 3 differentiates itself at a technology level is in its cameras. At the "rear" there is a triple array of lenses with 12MP f/2.2 ultra-wide, 12MP f/1.8 wide and 12MP f/2.4 2x Optical/10x Digital lenses, which actually puts the Galaxy Z Fold 3 behind the Galaxy S21 Ultra 5G in raw camera terms. You do get a cover camera at 10MP f/2.2 for your selfie taking needs as well, but it's still not quite Samsung's best.

We've seen prototypes and efforts in this regard from the likes of Oppo, but Samsung will be first to sell a phone with this technology on board.

At a specifications level it's not too fancy at just 4MP f/1.8, but specifications aren't the entire camera story. The big benefit here is that you'll be able to use the Galaxy Z Fold 3's 7.6-inch display without any kind of camera notch or hole interrupting your visual experience. 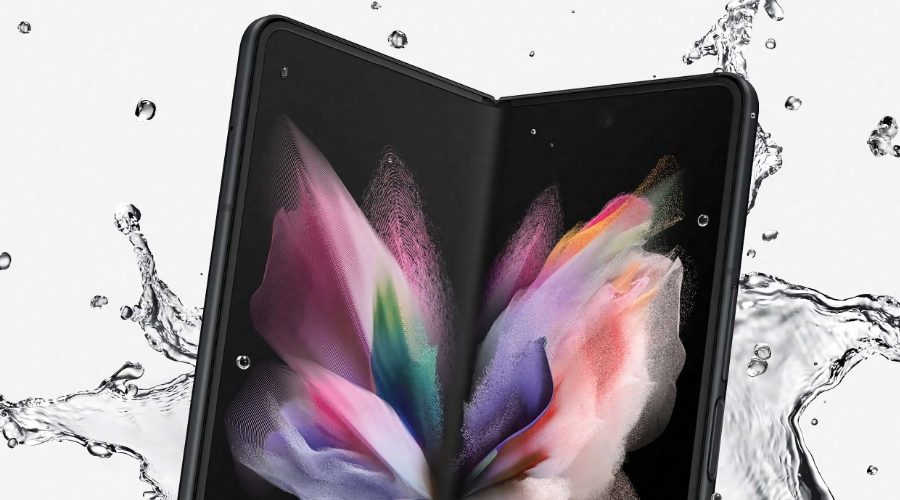 The Galaxy Z Fold 3 is also a more robust phone, something that's been in sharp focus ever since Samsung had to pull the first release models of the first-gen Galaxy Fold from market. It features IPX8 water resistance, which technically should mean that the Galaxy Z Fold 3 should be capable of surviving water immersion.

We're not going to line up to test that, as the "X" in IPX8 means that it's not secured for dust or other debris entry. However, it's no longer a phone that should terrify you if it does get a little wet.

Samsung is also claiming that it's got a more durable film on that primary display, up to 80% tougher than prior generations. At the front on the cover display it's using Corning Gorilla Glass Victus and a new toughened aluminium process that Samsung calls "Armor Aluminum", because everything needs a silly marketing name. 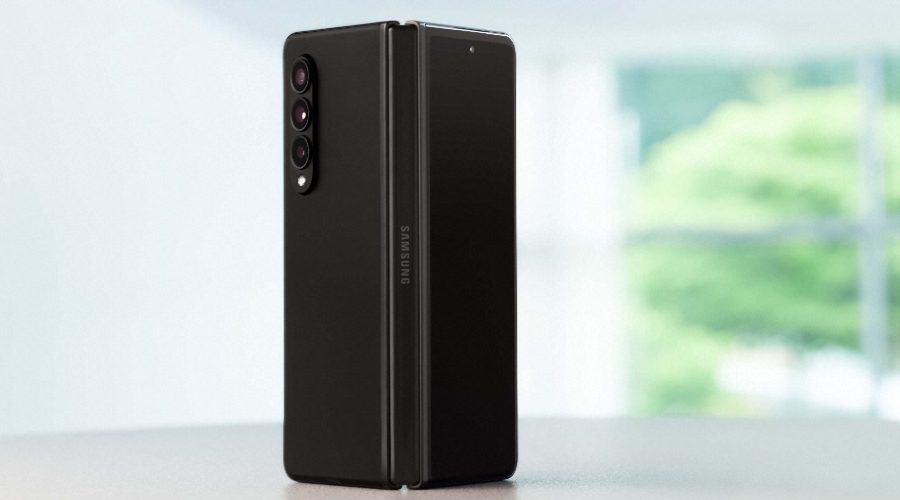 The other big new feature for the Galaxy Z Fold 3 is the inclusion of Galaxy S Pen support. Like the Galaxy S21 Ultra, this won't be an included accessory, but unlike that phone you'll actually have a choice in the S Pen you pair it with.

Samsung will offer a cheaper and smaller 6.7g S Pen Fold Edition that will only work with the Galaxy Z Fold 3, or optionally a Galaxy S Pen Pro that will work with other S Pen supporting devices. The Pro model uses Bluetooth for connectivity, and will also support a "Find My S Pen" feature if you do happen to lose it. 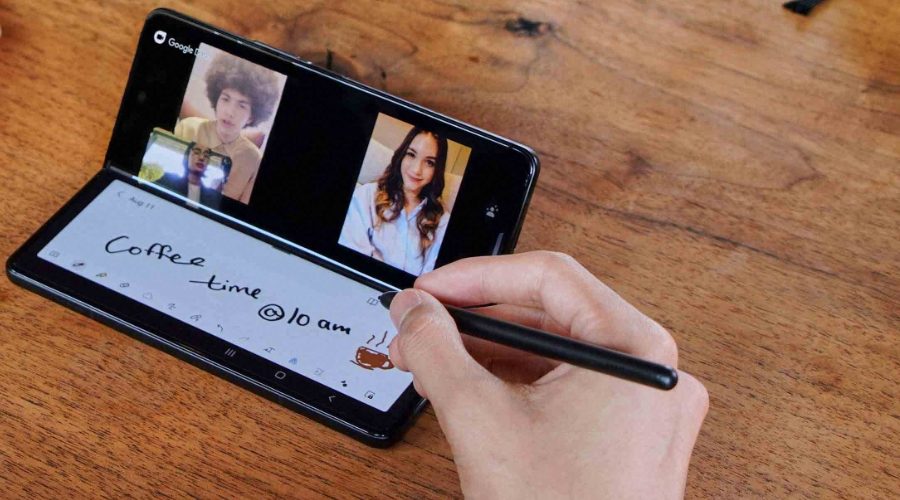 The Galaxy Z Fold 3 will sell in a 5G configuration only, and according to Samsung's specification sheets, it appears that it will support both sub-6Ghz and mmWave 5G connectivity. With mmWave 5G networks just starting to roll out in Australia that could be a key differentiator, but we're waiting on precise confirmation from Samsung Australia as to the local model's precise 5G band support.

When will the Galaxy Z Fold 3 go on sale in Australia?

The pre-order bonus story is a somewhat complex affair, depending on where you get the Galaxy Z Fold 3 from.

Australians who pre-order a Galaxy Z Fold 3 in Australia from 12 August 2021 through to 9 September 2021 inclusive will be able to get a pre-order bonus through redemption from Samsung Australia, with a choice of 3 packages.

You can pick from a free pair of Galaxy Buds Pro headphones or a "Productivity Pack" comprising the S Pen Pro, Smart Keyboard and a Universal Stand or a "Power Pack" comprising a Flip Cover with S Pen and Trio Wireless charger accessory.

In addition, there are telco offers on the table, each a little different.

Telstra customers who pre-order can get a 2021 model Samsung Smart TV and Telstra TV set-top box.

Optus customers who pre-order will instead get a black model 44mm Galaxy Watch 4 smartwatch.

Finally, Vodafone customers who pre-order get a different kind of deal, focused around trade-in values for eligible devices. Signing up to a Vodafone mobile plan with a Samsung Galaxy Z Fold 3 can get you up to $1,299 in trade-in value for an older handset, depending on model and condition, as long as you stay connected to a Vodafone Infinite plan.

How much does the Galaxy Z Fold 3 cost in Australia?

Pricing for the Galaxy Z Fold 3 starts at $2,499, which is nicely in line with the US price point of US$1,799 after currency conversion. That's still well within premium pricing territory, but it's a nice drop down from the Galaxy Z Fold 2's launch price. Perhaps not "affordable", but more "attainable" than previous Samsung premium foldables.

There is also a fancy Thom Browne edition coming to Australia, and that will only be sold in a package with a lot of other Samsung devices bundled in at a fairly heavy price premium.

Here are the core specifications of the Samsung Galaxy Z Fold 3: