Samsung Galaxy Z Fold 3: Everything we know so far 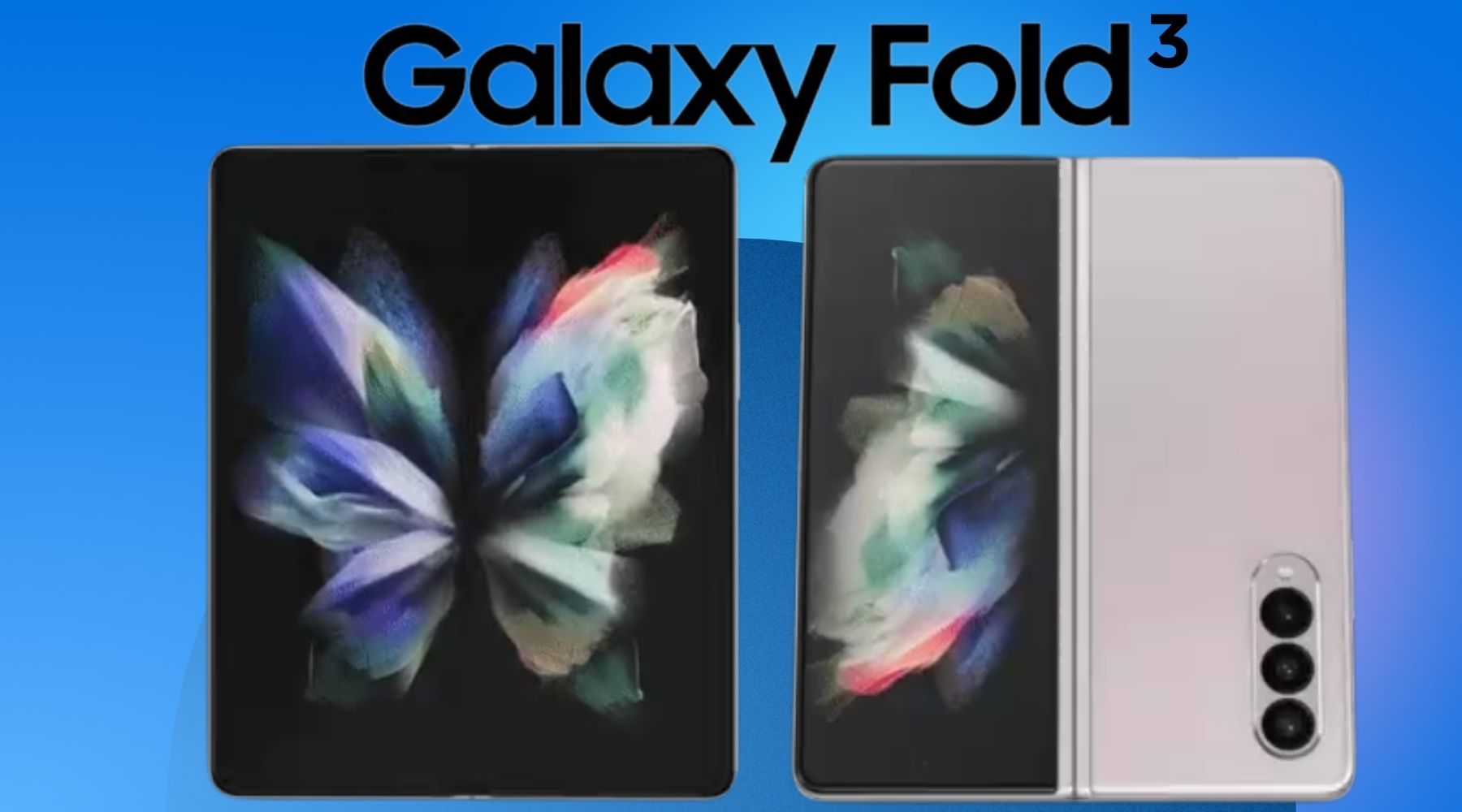 Samsung's third generation foldable phone looks to improve on what were already the industry's best foldables, and they'll be with us very soon.

Samsung was an early player in the premium foldable phone space with the original Samsung Galaxy Fold. That was a phone we found to be conceptually great but lacking in some key areas, especially for the price back when we reviewed it in 2019.

2020 saw the introduction of the far superior Samsung Galaxy Z Fold2, a handset that addressed just about every concern we had with the original model, save for the price.

In 2021, Samsung will release the Samsung Galaxy Z Fold 3 with the promise of even more power, better cameras and possible improved durability to make its premium flagship foldable even more desirable.

Samsung hasn't formally announced anything yet, but a significant quantity of rumours suggest that the Galaxy Z Fold 3 will be one of several devices unveiled at a Galaxy Unpacked Event that will take place in early August. Current rumours suggest that it could be unveiled on 11 August 2021.

Unveiling a product – and in the case of the Galaxy Z Fold 3 there's not too much to "reveal" thanks to some very wide-ranging leaks – is a little different to bringing it to market, however. We'd expect to see the Samsung Galaxy Z Fold 3 come to market in Australia by the end of the year, but typically Australia hasn't been amongst the first to get Samsung's foldable lines. If you're super keen, you may need to import one from the USA or South Korea.

Again, nothing is formalised until Samsung Australia reveals the local price point (or price points if there are storage size variants), but we can say with some confidence that it's not likely to be inexpensive.

The Galaxy Fold line has long been Samsung's premium phone line, even over and above the Galaxy S and Galaxy Note lines, with 2020's Galaxy Z Fold 2 tipping the scales at $2,999 outright when it launched. While some reports have hinted at lower price points for this generation of Samsung foldables, it seems unlikely. That $2,999 price point is probably what we're looking at for the Galaxy Z Fold 3, if only because there's so little competition in this space.

Samsung usually likes to keep details of its flagship phones under wraps, but in recent years there's been a flurry of leaks showing off most handsets well before their release date. Is it a question of sneaky leakers or deliberate marketing strategy?

Maybe it's both, but either way, we've had some pretty solid looks at what the Galaxy Z Fold 3 is expected to look like courtesy of leaker extraordinaire Evan Blass.

So, to the surprise of pretty much nobody, the Samsung Galaxy Z Fold 3 will look much like the Galaxy Z Fold 2 before it, with that classic "opening book" folding style that allows for a single large external phone display and an opened, larger tablet display.

How large? There are not a lot of details there as yet, although again it seems likely that Samsung will stick to around the same form factor as the Galaxy Z Fold 2. That phone features a 6.2-inch cover display and 7.6-inch internal tablet display, although there are some changes expected in the new phone.

You can see one of them in Blass' tweets, in fact, which appear to confirm rumours that Samsung will debut the industry's first consumer-facing in-display camera. That's expected to sit underneath the cover display, meaning that there's no "holepunch" (or in Samsung talk, "Infinity O") notch to accommodate it.

The other big feature that's expected for the Galaxy Z Fold 3 is the inclusion of S-Pen support. At one time, the S-Pen was the secret sauce you could only get with a Galaxy Note phone. However, Samsung shifted its strategy with the Galaxy S21 5G Ultra, which works with an S-Pen – although one is not included with the handset itself.

There's also some suggestion in early leaks and rumours that the Samsung Galaxy Z Fold 3 might feature a stronger display than prior generations. That would gel well with the use of an S-Pen stylus, because you wouldn't want an easily "scratchable" screen on a phone you're going to drag a stylus across many times. The added benefit here could be some level of splash protection, or if the boffins at Samsung HQ have been working overtime, maybe even some IP-rated immersion protection? Probably best not to expect the latter, mind you.

Are the leaks on the level about that in-display camera? We do know that multiple companies, most notably Oppo, have been working on the technology for some time, but being first to market won't mean much if the experience is compromised. That's especially true for a phone that's meant to be a premium flagship phone.

Beyond that, the leaks do point to a "rear" (relatively speaking) triple lens camera array, most likely very similar (if not identical) to that of the premium Galaxy S21 Ultra 5G. Samsung tends to have borrowed from its Galaxy S lines for that year's Galaxy Fold phones, and the Samsung Galaxy Z Fold 3 doesn't appear to change that up markedly, at least from what we can see.

Again, we're faced with a relative dearth of information here. Samsung could opt for its own Exynos silicon to power the Samsung Galaxy Z Fold 3, although prior models have tended more towards Qualcomm solutions, which would point towards the Snapdragon 888 or Snapdragon 888+ as possible solutions. Most rumours suggest that Samsung might opt for the regular Snapdragon 888 for the Galaxy Z Fold 3. Presumably you'd do that to enable a particular price point.

Prior Galaxy Fold phones have had fixed storage allocations, and that seems likely for the Samsung Galaxy Z Fold 3, with rumours suggesting it will ship with 512GB as standard. With fixed memory it's always possible that Samsung could offer even more premium models, as it has shipped 1TB phones previously. You'd pay a fair bit more for that extra storage space, and there's no guarantee that even if a 1TB Samsung Galaxy Z Fold 3 was produced, that Samsung would sell it locally.

Folding phones present a particular challenge for phone batteries. On the one hand, you've got a lot more space in the phone body for packing in actual battery cells.

On the other hand, you have to run a lot more screen real estate, and the battery cells have to accommodate your folding mechanism in a safe and reliable way. Early rumours suggest that Samsung will opt for much the same system and indeed roughly the same battery capacity at around 4,400mAh as the Galaxy Z Fold 2.

The Fold 2's battery life was decent for its capabilities but not spectacular, so we'll have to wait and see how well the Samsung Galaxy Z Fold 3 compares.

Obviously there's still plenty of fine detail for Samsung to reveal in early August, and the price of the Samsung Galaxy Z Fold 3 will be especially important.

Still, it appears that Samsung is rather nicely refining its vision of what a premium foldable phone should be. The reality here is that there's not a whole lot of competition in full-sized foldables, with only Huawei really offering a different take via the Huawei Mate Xs.

Obviously nothing as yet, although if you're keen, you can still buy the Samsung Galaxy Fold 2 smartphone. You can also find it a lot cheaper than the original launch price. Here are a few deals that are worth checking out. 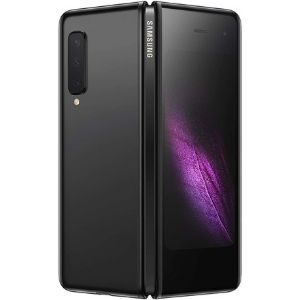 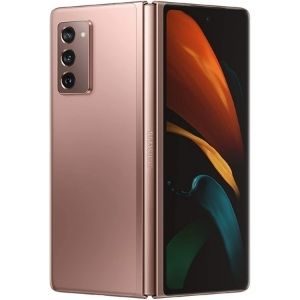