NBN Technology Choice: How to upgrade your NBN | finder.com.au

NBN Technology Choice program: How to upgrade the NBN technology at your address

Did you know you can pay to upgrade the technology that delivers the NBN to your address?

As part of the Multi-Technology strategy of the current NBN rollout, the type of connection delivered to your address varies depending on where you live. While NBN Co decides what technology they roll out to which addresses, it does offer the ability for users to pay to upgrade the technology of their connection themselves through the NBN Technology Choice Program.

This program offers Australians a pure fibre alternative to NBN’s fibre-to-the-node (FTTN), fibre-to-the-basement (FTTB), hybrid fibre-coaxial (HFC), fixed-wireless and satellite connections as long as you pay the application fee and cover the cost of installing the fibre yourself.

If you’re not happy with the performance of the connection chosen by NBN for your premises, then this could be a way to upgrade to the gold standard of fibre-to-the-premises (FTTP). Perhaps you’re currently connected via FTTN but are located too far away from the node, leaving you with a fraction of the potential speed. A fibre connection directly to your home means you won’t be affected by distance or any of the other factors that can impact the performance of a copper line while also opening up access to speed tiers that go well beyond 100Mbps/40Mbps.

However, paying to change the NBN access technology that you are receiving can be very costly. 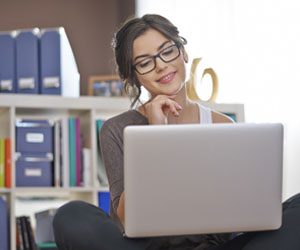 There are two types of applications that you can submit for a technology switch: Area Switch and Individual Premises Switch.

Area Switch refers to the option to switch an eligible group of premises to an alternative NBN network technology.

Some examples of appropriate areas for Area Switch applications include a whole town or community, an urban apartment block or a regional business park with multiple tenants. It’s worth noting that the local council, state government or an authorised community representative must submit the application. For example, if a whole town is set to receive FTTN, an individual representing the town can submit an application to pay to switch to FTTP technology. An area of at least 150-350 premises is best for this option.

While an Individual Premises Switch can only change a network's technology to FTTP, Area Switch applications can also accommodate upgrades from satellite to one of NBN’s other technologies, such as fixed wireless or FTTN/FTTB. Similarly, fixed wireless connections can be upgraded to FTTN/FTTB. While the performance won’t be up to FTTP standards, it could potentially be less costly. Of course, the option to go all the way to FTTP is there as well.

You can make an Area Switch application before or after the originally planned rollout has been completed in the area. It’s important to note that paying for a technology switch will not fast forward your NBN connection. The technology will still roll out at the same time as it was originally planned to.

HFC connections are currently not yet supported under the technology switch program.

An Individual Premises Switch refers to the option to switch one individual premises or a small group of premises to FTTP. This includes a single residential property, a school, a business or a farm. The applicant must be the owner or authorised representative for the premises to be considered. With the exception of HFC, all connections from satellite to FTTN are eligible for a switch to FTTP.

Unlike an Area Switch, the originally planned network must already be deployed before an application can be submitted.

How much does the NBN Technology Choice program cost?

Regardless of whether you are considering an Individual Premises or an Area Switch, it’s not going to come cheap. NBN has completed fewer than 50 connections under the Technology Choice program from the several thousand initial applications that they have received from across the country, so clearly the quoted prices have turned a lot of people away.

The cost of an Area Switch varies depending on the size and complexity of the job and can range from tens of thousands of dollars to millions. To obtain a cost estimation of the build, NBN Co charges an application fee of $1,100.

According to NBN Co, the following factors determine the build estimate for an Area Switch:

The timing of the application also has a bearing on the cost estimate. While it’s possible to make an Area Switch application at any time before or after construction, the most cost-effective timing is before NBN starts detailed planning in an area.

An Individual Premises Switch will usually cost somewhere between a couple of thousand dollars to tens of thousands of dollars. Before you even reach that point though, you'll need to pay the quote fee of $660.

The build cost to an end-user varies significantly depending to the location of the premises in relation to existing NBN infrastructure and local geography. For instance, the cost to upgrade someone who lives 25 metres from an FTTN cabinet will be much lower than someone who lives 1.2 kilometres from the cabinet.

The most effective way to lower the price for an Individual Premises Switch would be to aggregate demand amongst multiple end users in the same area as there may be an opportunity to share the infrastructure. For example, if someone in the same street has already upgraded their connection to FTTP, then the cost to upgrade your connection would drop significantly. NBN Co will make adjustments to prices or even issue refunds as a result of subsequent accepted applications on the same street.

Other factors include how much new civil work is required, such as the amount of new trenching that would be necessary to complete the connection.

If you’re not yet connected to the NBN network, use our address checker to determine which NBN technology type your area will receive. Remember HFC connections cannot be upgraded under the program.

If your premises is connected to an eligible NBN technology type and you’re unhappy with the speed of your connection, be sure to consult with your internet provider first to see if anything can be done to improve performance.

Once you have considered all of the potential costs associated with upgrading your connection, head on over to either the Individual Premises Switch or Area Switch application form to confirm eligibility. If your premises is deemed eligible and you decide to proceed to the quoting stage, application fees will apply.

Snag yourself the cheapest NBN 50 plan with our Finder exclusive offer.

You can now sign up if you live in certain parts of NSW or VIC – find out how much it'll cost you to get started.

Broadband plans are faster than ever before, meaning you could switch to a cheaper plan without causing endless buffering.

Faster speeds across anywhere in Australia for Elon Musk's Starlink make it look like a straight-up NBN killer – but there's a whole lot more to the comparison than that.

Which Telstra customers are eligible for the $5 a month Kayo Sports deal?

Read more…
Back to top
Was this content helpful to you?
Thank you for your feedback!