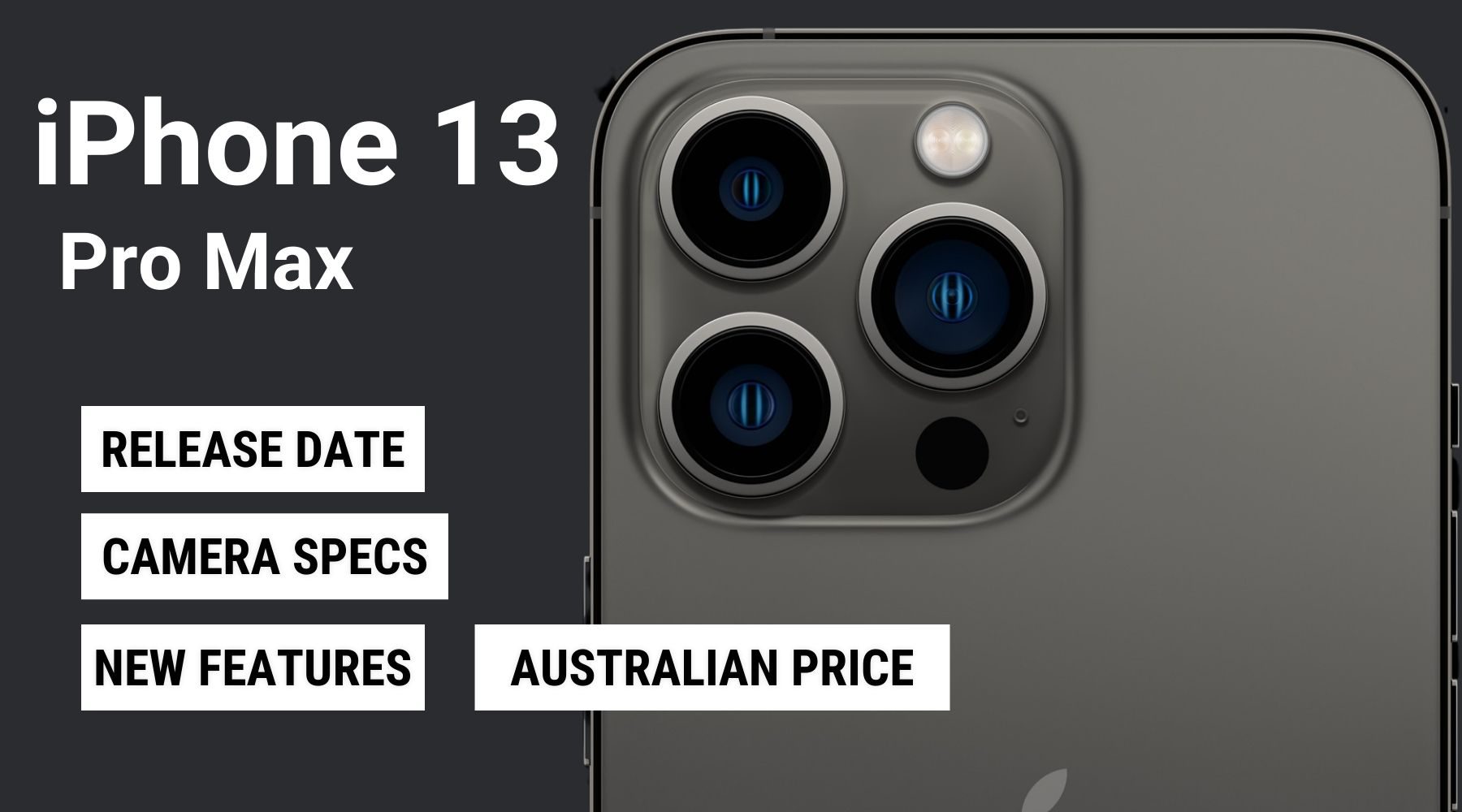 Ever since it started offering "larger" phones, the Max version of the iPhone has been the flagship model for that year with the best cameras, biggest batteries and largest improvements overall. That trend does not change in any way at all for the iPhone 13 Pro Max. It's Apple's most expensive handset, especially if you opt for the 1TB storage model – but what does that money buy you?

If you want the iPhone 13 Pro Max, you'll need to lay out some serious cash to get hold of one, at least in outright terms. Here's the local Australian pricing:

That makes for an interesting comparison with the older iPhone 12 Pro Max, because the pricing hasn't changed outside the new 1TB option here in Australia. Here's how the pricing compares across generations:

Apple announced the iPhone 13 at its "California Dreaming" live streamed event on 14 September in the US. Australians will be the first to get their hands on the iPhone 13 Pro Max – there are some advantages to that international dateline after all – with models on sale from 24 September 2021. Pre-orders for the iPhone 12 Pro Max will open at 10pm AEST on 17 September 2021.

While the iPhone 13 Pro Max will be available through carriers on plans, we're yet to see any details on that level of pricing. Smart money would bet that the 1TB model might not be available. 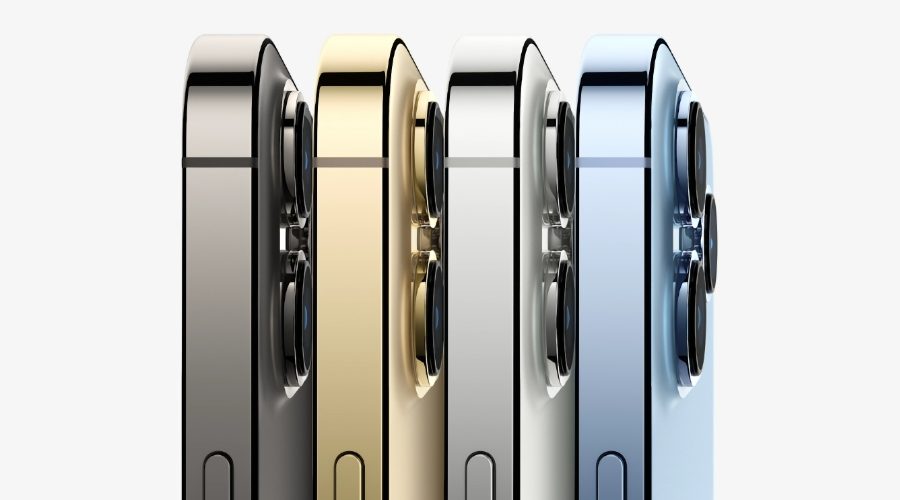 The iPhone 13 Pro Max incorporates a new suite of 4 different colour options – these are also available on the smaller and less expensive iPhone 13 Pro. You can pick from Graphite, Gold, Silver and a very striking Sierra blue finish for your new iPhone 12 Pro Max.

At the back there's a redesigned camera bump and at the front a 20% smaller TrueDepth camera notch. That sits on top of a 6.7-inch 2778x1284 pixel "Super Retina XDR" display, with the key new feature being Apple's ProMotion adaptive refresh rate technology baked in. That allows for dynamic refresh rates from 10Hz all the way up to 120Hz depending on the content onscreen.

The key reason to opt for a Pro model iPhone 13, outside of bragging rights and that larger ProMotion display is the camera array. Apple has long pitched the larger iPhones towards camera professionals and that journey continues with the iPhone 12 Pro Max.

At the rear, it features a triple 12MP lens system. The primary wide lens has a f/1.5 aperture, very good for low-light photography, while the ultrawide features f/1.8 aperture and a 120-degree field of view. Finally the 3x telephoto lens has an f/2.8 aperture. 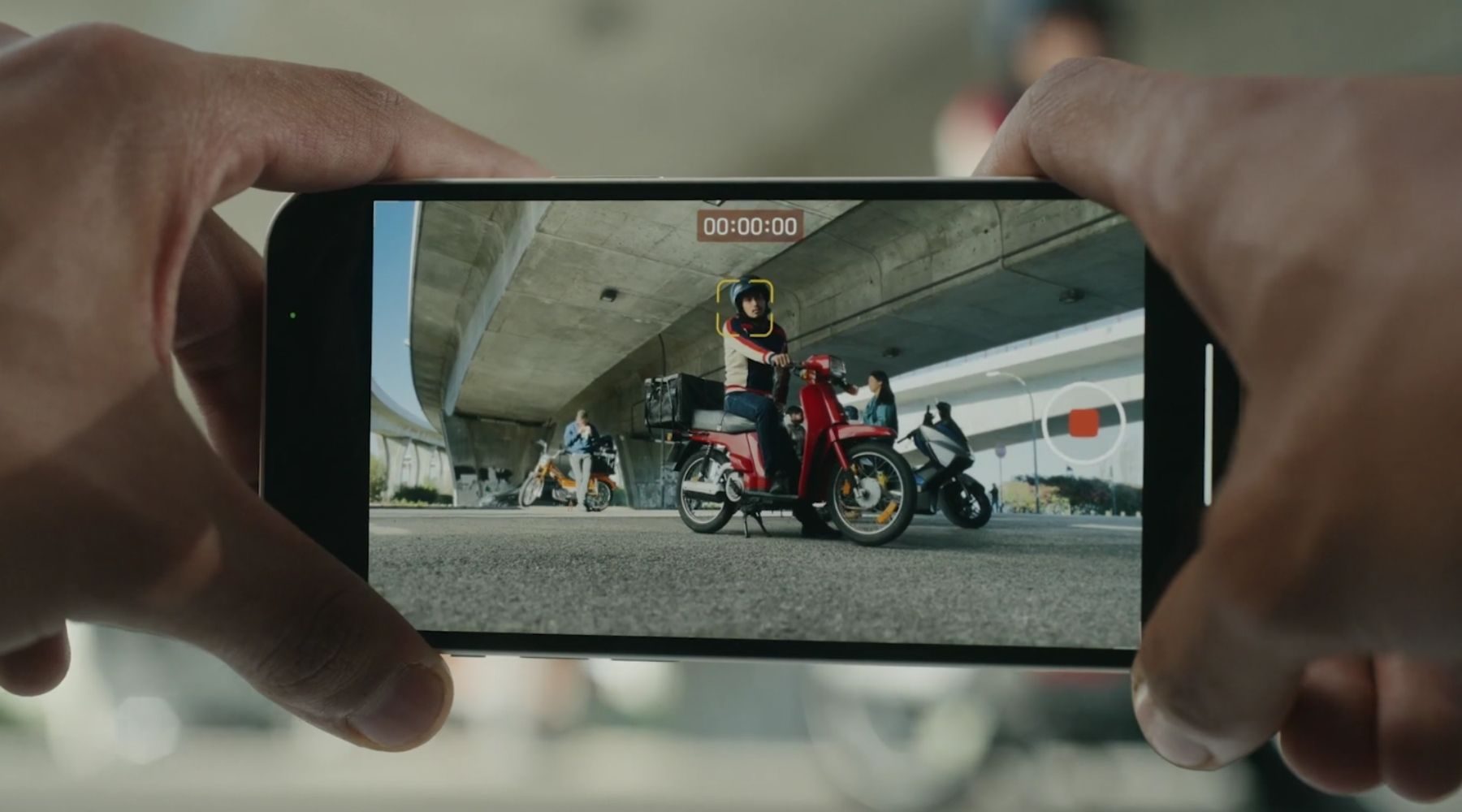 For the first time, Apple's specifically promoting macro lens shooting, using the ultrawide lens to take close-up detailed shots of the world around you. While it has offered night mode shooting on the primary lens of prior iPhones, for the iPhone 13 Pro Max, you'll be able to take low-light photos with your choice of lenses. As it has done in years past, the iPhone itself chooses the exposure time depending on the ambient light and whether it's sitting in a tripod or not.

On the video front, it'll add ProRes video shooting later in the year, but at launch you'll be able to take advantage of new cinematic video shooting modes with rack focus effects that can be adjusted after shooting if the iPhone 13 Pro Max makes a focus choice that doesn't mesh with your preferences.

The iPhone 12 Pro Max was one of our favourite camera phones of 2020. And it looks like the iPhone 13 Pro Max will be up there once again. Here are the results of our iPhone 13 camera shootout. Stay tuned for our review with even more camera samples galore.

Apple has utterly owned the performance space in recent years when it comes to benchmarks. That's down to its impressive R&D, but also the fact that it can solidly optimise iPhone performance across both hardware and software to a level that its Android competitors cannot. That's the benefit of only having to deal with a smaller array of devices each year, of course.

For the iPhone 13 family, the new chip on the block is the Apple A15 Bionic, but there is a difference this time around in the exact chip you get between the Pro and standard models.

Naturally, the Pro models get the juiced-up version of the Apple A15 Bionic, with a 6-core CPU and 5-core GPU, compared to 4 GPU cores on the non-Pro models. That'll help with camera tech for sure, but also video processing and gaming speed, both of which will also benefit from that ProMotion display. 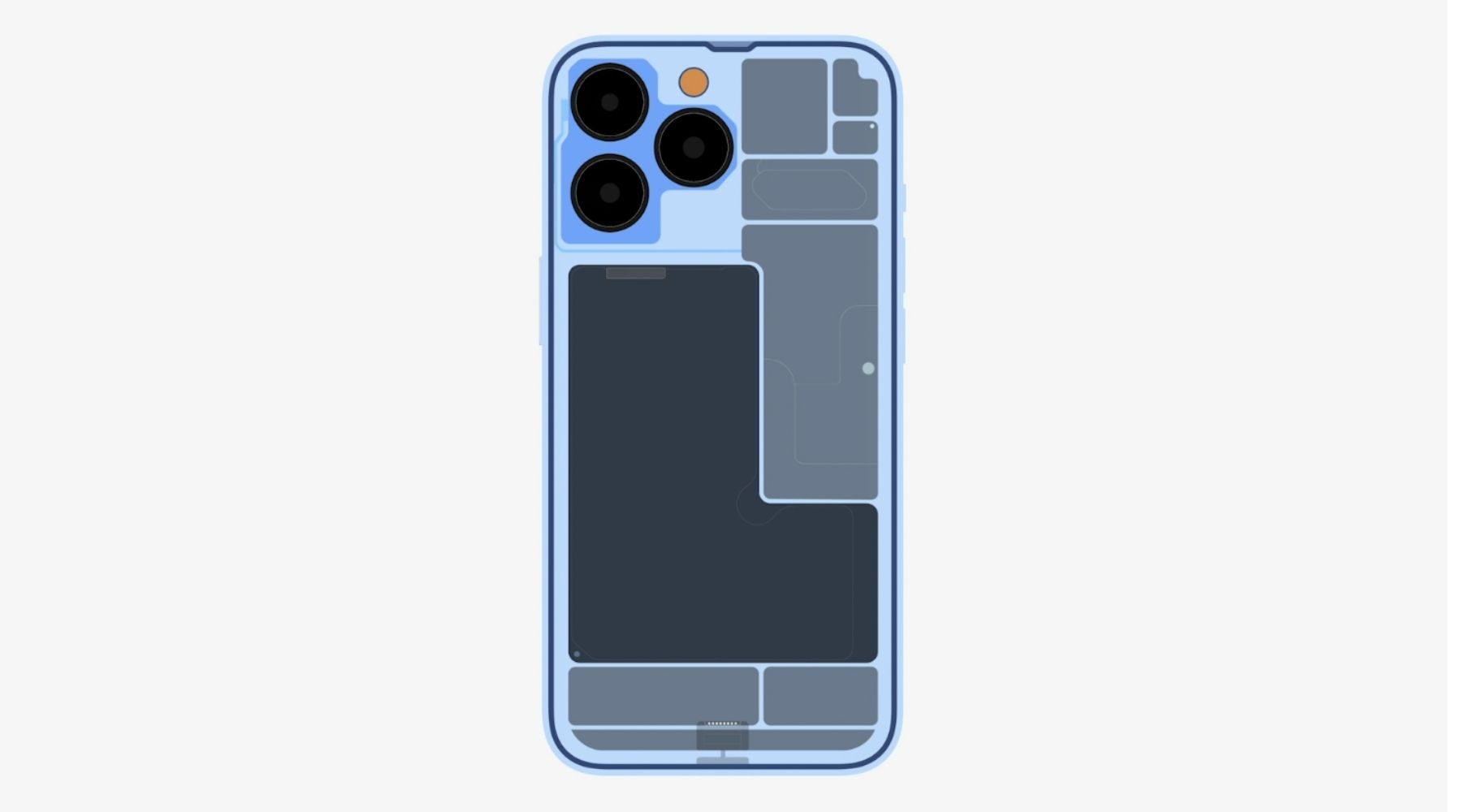 We'll have to wait until we can properly benchmark the Apple iPhone 13 Pro Max against its competition and the existing iPhone families to see how it really compares.

At launch, Apple was busy talking up how much faster it was than competing Android phones, but if you're upgrading from an older iPhone, that's the comparison you'll need.

The Apple iPhone 13 Pro Max is also 5G-capable, but while Apple talked up the wider array of 5G carrier partners at launch, it's still not clear if the models sold in Australia will have mmWave compatibility or just sub-6GHz 5G, as was the case for the iPhone 12 family. Apple has shown it can do dual 5G for models sold in the US, but we're keen to find out if it'll go international for best-in-breed 5G speeds.

Apple simply never talks concrete battery life specifications for its handsets, although it has said that the iPhone 13 Pro Max features the largest battery in any iPhone to date. We'll have to wait for third-party teardowns to find out for sure. For comparative purposes, the iPhone 12 Pro Max previously held that crown with a 3687mAh power pack.

Rather than talk battery capacity, Apple instead talks about expected battery life for its handsets. By way of comparison, the smaller iPhone 13 is rated by Apple for 19 hours of local video, 15 hours of streamed video and 75 hours of music playback.

Are those actually useful figures? They don't tell you everything you might need to know, given that other app usage, 5G usage and screen usage can all massively change real-world battery experience. We'll put the iPhone 13 Pro Max through our usual suite of real-world and synthetic tests when we can to give you a more nuanced picture of its real battery life.

The iPhone 12 Pro Max still relies on Apple's older Lightning connection standard. While rumours persist around a "plug-free" iPhone that relies solely on wireless connections for data and power, it's not the case in 2021. MagSafe Qi charging is supported at up to 15W, but you'll have to buy either a Magsafe or wired charger, as one is not supplied in the box.

If you're looking to upgrade, it's worth knowing what you're getting. Here's how the iPhone 13 Pro Max compares to 2020's iPhone 12 Pro Max at a specification level.

The iPhone and iPhone 13 Pro Max will be available to pre-order from 10pm AEST on 17 September 2021. In the meantime, you can scoop up some great deals on previous iPhone models. Here are a few deals that caught our eye. 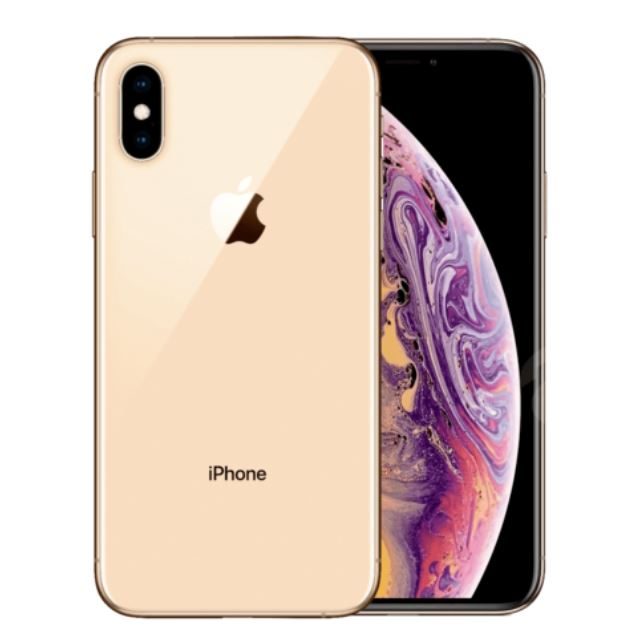 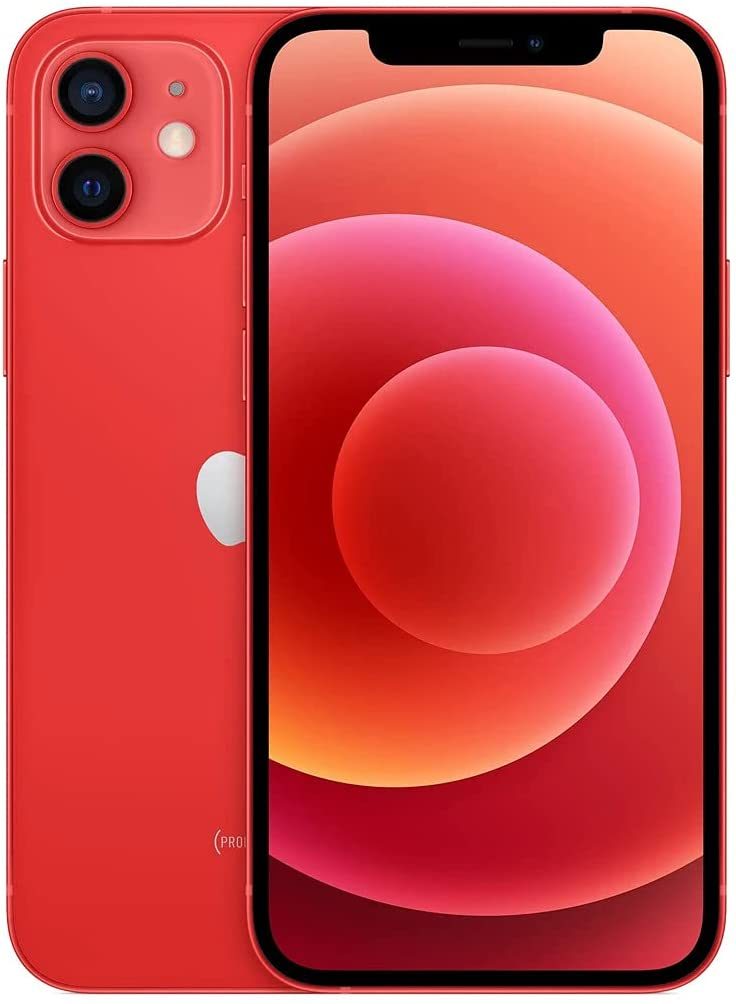 This product works and looks like new. Backed by a 180-day supplier warranty. 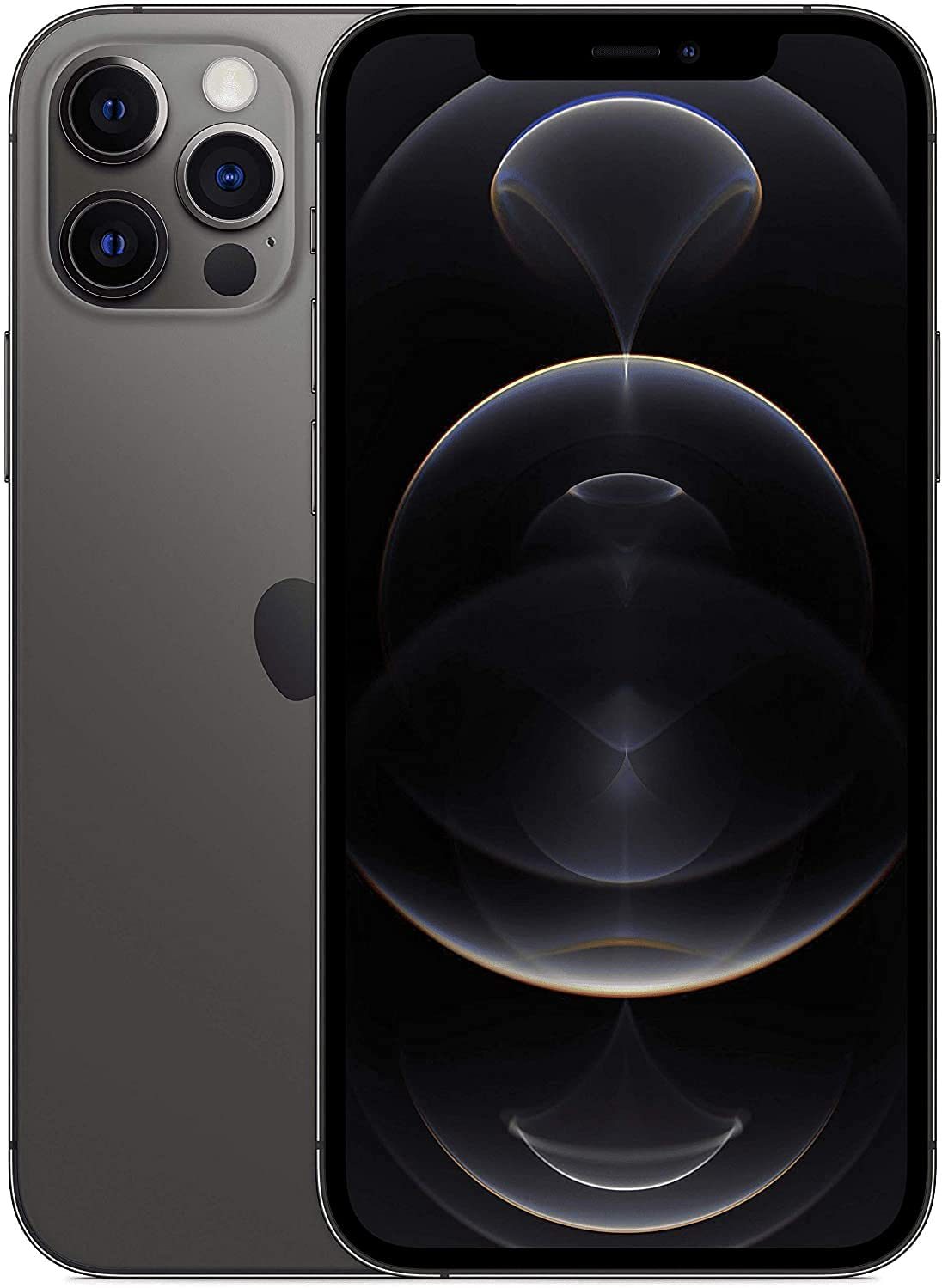 This pre-owned product is not Apple certified, but has been professionally inspected, tested and cleaned by qualified suppliers. 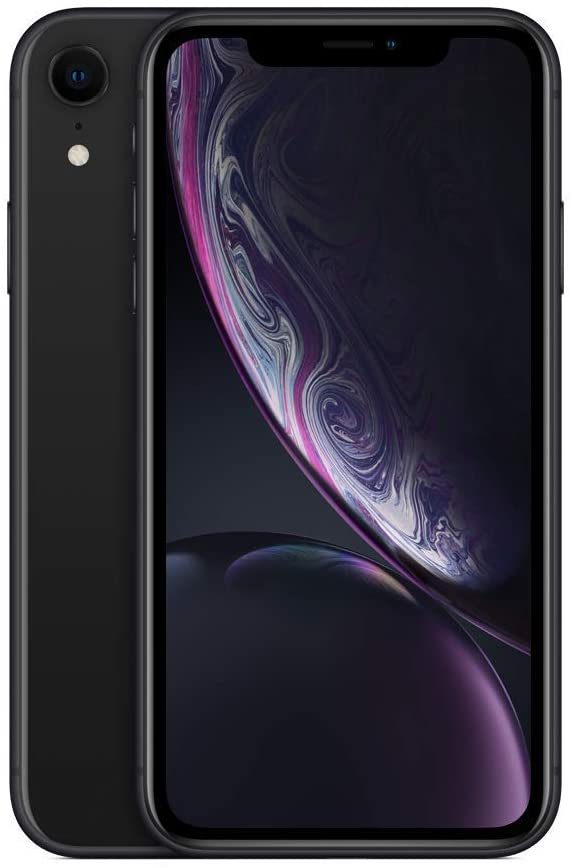 Looking for more information on the latest iPhone launch? Check out all the available iPhone 13 plans from Australia's major telcos.