Affordable smartphones are Motorola's specialty, and we're here to help you find the one that's right for you. 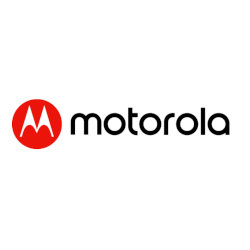 92% of customers would recommend

What to consider when choosing a Motorola phone

Shopping for a Motorola smartphone can be quite a formidable task. Motorola is one of the most prolific manufacturers in the modern market with more than a dozen different handsets lining store shelves, and it's not always clear what differentiates them or why you should pick one over another.

Fortunately, demystifying the many options is a simple matter of knowing what to look for. Below, you'll find a primer on the key features to consider when comparing Motorola smartphones. Armed with this information, you should have no trouble finding the handset best suited to your mobile life.

Motorola skews towards portability in this regard, designing its phones with displays in the 5- to 5.5-inch range. While this somewhat limits their appeal as entertainment devices, it allows Motorola to deliver better battery life at a more affordable price point.

Which Motorola phone is best?

While it would be handy if there were a single Motorola smartphone we could point to as "the best", the fact is that quality is highly subjective. Everyone wants something a little different from their phone, and accounting for every possibility is simply infeasible. What we can do is narrow our recommendations to address specific buying decisions, such as the top budget Motorola handset or the handset with the most capable camera. You'll find these recommendations below.

As always, we advise that you consider our recommendations in light of your personal situation. Though we have years of experience testing and assessing smartphones under our belt, it's ultimately your tastes and needs that will determine whether a specific phone is suitable for you.

The phone that keeps on going

Budget smartphones rarely top the charts with their performance or features, but the Moto G7 Power bucks this trend thanks to its massive 5,000mAh battery. Not only can it survive a full day of heavy use on a single charge, it has enough juice to last two days under an average workload. When you combine that with the G7 Power's solid performance, large screen and wallet-friendly price, you've got one versatile smartphone.

A flagship phone for the mid-range market

Shutterbugs on a budget will find a lot to like in the Motorola Moto One Vision.

While a mid-range smartphone is never going to offer the same calibre of camera technology present in top-of-the-line handsets, Motorola has come surprisingly close with the Moto One Vision. Packing a dual-lens 48MP/5MP set-up, the One Vision is capable of capturing crisp, highly-detailed photos under the right lighting conditions.

Even better, the One Vision packs an AI camera mode that allows for some truly impressive night-time shots without the need for a tripod or other accessories.

Read our full review of the Motorola Moto One Vision here

The Motorola Moto G5S Plus strikes a compelling balance between style, function and price, making it one of the most attractive budget smartphones on the market.

Affordable smartphones are Motorola's bread and butter, and the Moto G5S Plus represents the pinnacle of the manufacturer's budget ethos. Not only does it pack a quality dual-lens camera, an all-day battery and an appealing design, it delivers snappy performance more than capable of meeting the demands of the average user. Coupled with a very agreeable price tag, the Moto G5S Plus represents some of the best value you'll find in the current smartphone market.

Read our full review of the Motorola Moto G5S Plus here

Looking for a Motorola phone on a plan?

Aussie telcos tend to focus on premium smartphones with their contract plans, leveraging the appeal of paying a $1,000 handset off in smaller instalments to sell their mobile services. As such, you won't find many of Motorola's budget smartphones available on contract here in Australia. For the few handsets that are on offer, we've rounded up current plans for you to compare in the table below:

Motorola's Moto G9 Play includes some compromises to meet its price point, but it's an overall appealing smartphone.

Motorola's first 5G-capable handset for Australia aims high with a funky curved design, but its limitations in other areas leave us wanting.

Motorola delivers yet another quality mid-range phone in the Motorola G8, but it's a phone with few really exciting features.