Apple's fun-size iPhone is back. Here's everything Aussies need to know, including the specifications, release date and pricing details.

There are 2 main types of iPhone buyer: those who covet the tricked out, enormous Pro Max and those who require something smaller and more affordable.

If you fall into the latter camp, your options from today's Apple event are the regular iPhone 13 or its even smaller sibling: the iPhone 13 Mini. Here are the specs, pricing details and release date for Apple's smallest phone for 2021.

Unfortunately, the iPhone Mini does not have a miniature price tag to match its diminutive dimensions. It starts at $1,199, with the 512GB version topping out at $1,719. (That's a lot pricier than the entry-level iPhone SE which starts at $679.)

Here's how pricing compares between the iPhone 13 and iPhone 13 Mini.

So, that's a saving of $150 across the board if you go with the Mini. That might not seem like much of a saving, but it's worth noting you're not buying a cut-down model with inferior components here. Apart from the size difference, there are no major concessions. (For the intended audience, the size difference is actually a plus.)

Incidentally, Apple just reduced the price of the iPhone 12 Mini which now starts at $999. You can also score $200 off the 256GB model. If you're trying to save a few bucks, nabbing last year's model is always worth considering. Here are the iPhone 12 Mini's revised RRPs in full:

The iPhone 13 Mini, along with all other iPhone 13 models, will be available to pre-order in Australia from 10pm AEST on Friday 17 September 2021. Stock should start reaching customers by 24 September which is when the phones officially go on sale.

If you don't want to swallow a big upfront cost, buying the phone on a plan through a carrier could be the way to go. Australia's major telcos have yet to release their iPhone 13 plans, but look out for an in-depth guide from us later in the week.

For old-school Apple purists, the iPhone 13 Mini is arguably the model to get excited about. It's sleek, compact and unburdened by superfluous extras – just like the original "Jesus Phone".

Measuring 131.5x7.65x64.2mm and boasting a 5.4-inch screen, the iPhone 13 Mini is significantly smaller than the iPhone 13 and Pro Max. If you prefer smartphones that can be comfortably operated with one hand, look no further.

Like its bigger brother, the iPhone 13 Mini is powered by a new 6-core CPU and 4-core GPU chipset dubbed Apple A15 Bionic. According to Apple, the A15 Bionic is up to 30% faster than flagship competitors when it comes to CPU speeds. Whether that extra speed will be utilised in meaningful ways will obviously depend on how future apps choose to take advantage of it.

On the camera front, the iPhone 13 Mini packs in the same goodies as the iPhone 13. This includes a 12MP f/1.6 wide lens and a 12MP f/2.4 120-degree ultra-wide lens powered by Apple's cutting-edge AI camera software. Video is also getting a significant boost over the previous iPhone Mini, with a new "Cinematic" mode that includes a rack focus tool. Apple has also shrunk down the much-maligned "camera notch" by approximately 20%.

You can check out how the iPhone Mini camera compared to the iPhone 13, Pro and Pro Max in our camera shootout right here.

In terms of battery, Apple is promising 17 hours of local video playback (or 65 hours of audio playback) before your phone needs a recharge. During general usage, it should last roughly 1.5 hours longer than the iPhone 12 Mini. Annoyingly, Apple is once again refusing to include a charger in the box. Instead, you just get a USB-C to Lightning cable. Apparently, Apple made this sacrifice on your behalf to save the environment. Or something.

5G is an expected feature of current smartphones and the iPhone 13 Mini is fully supported in that regard. We're still waiting to find out if Australia will be getting mmWave compatibility or sub-6GHz 5G. We'll update this article once we receive official word.

In other words, the iPhone 13 Mini follows the same tried-and-tested upgrade path as its predecessors – the improvements are solid but not earth shattering. Here are the specs in full:

The iPhone 13 Mini will be available to pre-order from 10pm AEST on 17 September 2021. In the meantime, you can scoop up some great deals on previous iPhone models, many of which have been discounted in the wake of the iPhone 13 announcement. Here are a few deals that caught our eye. 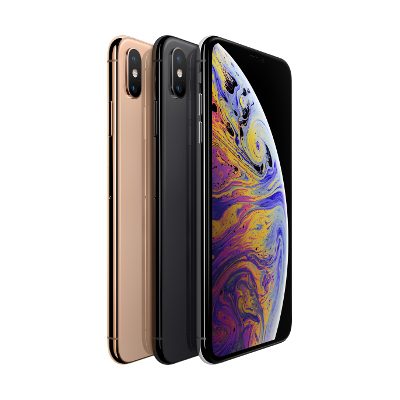 eBay is selling the Apple iPhone XS for $569. Note that these are refurbished models, which have been fully tested and reverted to factory settings with pristine condition. eBay Plus customers can get an extra $28.45 with the code 'PLUS5WVKWXHV2Q7M'. eBay has brand-new iPhone 12 Mini stock selling for $900 in a variety of colours. That's an extra $100 off the new, revised RRP.

This pre-owned product is not Apple certified, but has been professionally inspected, tested and cleaned by qualified suppliers.

Looking for more information on the latest iPhone launch? Check out all the available iPhone 13 plans from Australia's major telcos.