Nokia’s latest very affordable handset sells itself on the promise of three days of battery life and an uncluttered Android experience. HMD Global, the company that for some years now has held the licence to produce phones with Nokia branding certainly doesn't wait around to deliver new handsets, even though it can make it somewhat confusing to work out which Nokia phone is which.

The Nokia G10 is one of a new Nokia phone series with a focus on simplicity and that same affordability that's been a hallmark of the Nokia Android phones to date. In many ways it's not a fancy device, beyond Nokia's bold claim that it'll manage not one, not two but three full days of battery life between charges. It's almost like we've travelled back to the heady days of the original Nokia 3310 and its legendarily robust battery life. The Nokia G10 is a budget handset, and that rather predictably means that it comes wrapped in a plastic shell, although you do at least get the choice of colours. If you prefer a more sedate look, the "Night" colour gives a dark hue, while those who want a splash of colour may prefer the lilac hues of the "Dusk" variant.

With a 6.5 inch display, the Nokia G10 is on the larger side of smartphones, measuring in at 164.9x76x9.2mm with a carrying weight of 194 grams. The front display features a teardrop style notch for the front-facing selfie camera, a slightly old-school design choice by 2021 standards. To keep the phone relatively inexpensive, its resolution is limited to 1600x720 pixels, so the most you'll be able to see on it will be 720p video.

While many cheaper handsets – including a number of other Nokia ones – feature rear fingerprint sensors, HMD Global has instead opted for a side-mounted fingerprint sensor on the Nokia G10. As with many budget headsets, a standard 3.5mm headphone jack is present, alongside Bluetooth 5.0 for wireless headphone connectivity. 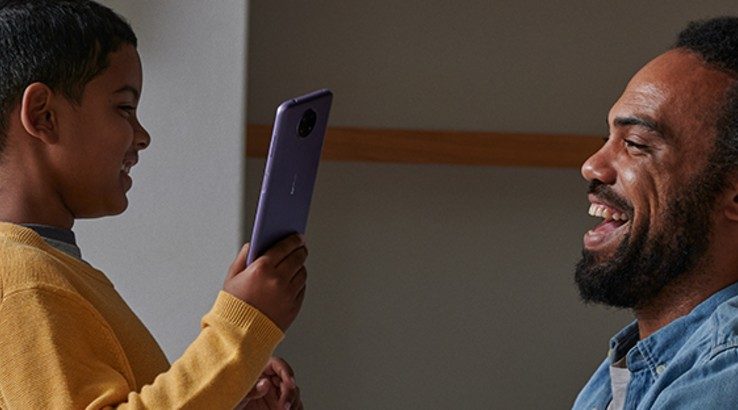 It's a real sign of how far we've come in the camera space in just a few short years that a phone like the Nokia G10 can feature three rear lenses plus a front-facing selfie camera for under $200.

That's not to say that it's likely to be a total revelation – lots of budget phones have surprisingly decent cameras – but there's still at least some flexibility here, along with a few likely limitations.

For a start, while there's three lenses at the rear, you can only take photos with two of them, and it's most likely going to be the primary 13MP sensor most of the time. The other addressable lens is a 2MP Macro lens for close-up work. 2MP Macros are almost a standard for cheap phones right now, and what would be genuinely surprising would be if Nokia's latest take on Macro was particularly good. Most of them aren't, and our hopes aren't high for the Nokia G10 in this respect.

That third sensor lens is a simple 2MP depth sensor, used to add bokeh-style effects to your portrait shots. Speaking of portraits, if you favour self-portraits, at the front, you'll find a simple 8MP sensor.

All up, it's a fair-but-not-exceptional recipe for a budget phone. This certainly isn't a phone Nokia's pitching on its camera credentials, but we'll have to wait until we have the chance to put it through its paces to really get a full view of its actual performance. 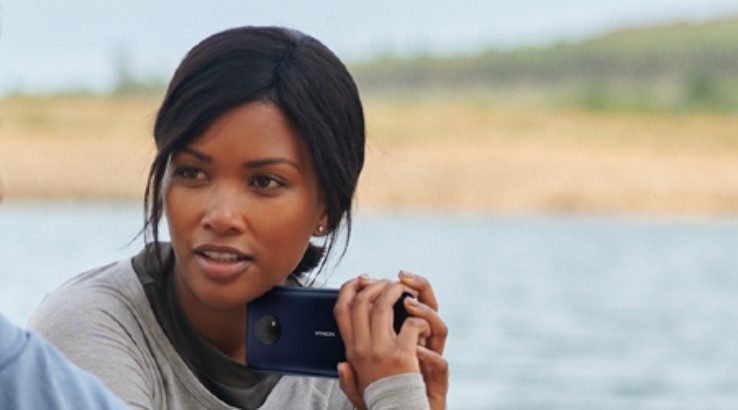 The HMD Global produced Nokia phones have all had a central appeal built around the idea that they're only very lightly modified from core Android. That means you get a clean, uncluttered experience without vendor bloatware or apps that simply duplicate core Android functions anyway.

At first glance, the Nokia G10 would appear to follow that pathway, but there is a big difference here. Prior Nokia phones shipped under the "Android One" umbrella, which meant that Google itself was essentially responsible for shipping out Android updates, both for security and full OS upgrades for up to three years.

The Nokia G10 ships with Android 11, but it's not an Android One marketed handset. Instead, HMD Global says that it'll provide two years of operating system updates and three years of security updates for the phone. That's a very slight step backwards for HMD Global, and it means that the Nokia G10 is a slightly less appealing option if you like your pure Android phone experiences.

On the hardware side, as you might expect for a sub-$200 handset, it's kept quite moderate, with a MediaTek Helo G25 processor, 32GB of internal storage and 3GB of RAM. It appears that there's also a slightly improved model sold internationally with 4GB of RAM, presumably for more money, but that's not the model that will sell in Australia. The Nokia G10 does support microSD storage expansion up to 512GB if you're going to want to store a lot of data locally on it. 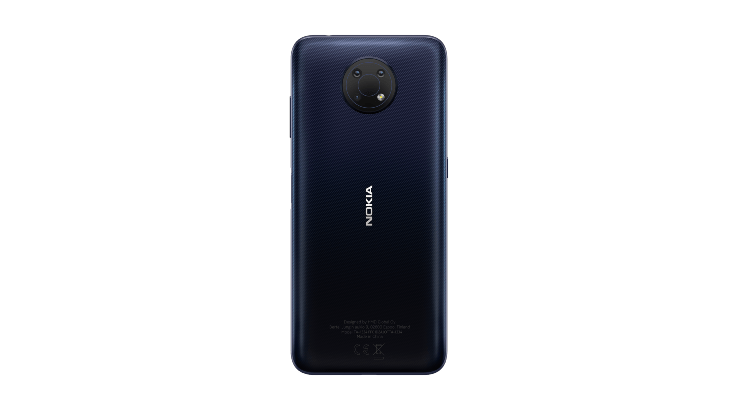 Amongst low-cost phones, the largest battery we've seen to date to ship with a phone has been a 5,000mAh power pack, most obviously on Motorola's "Power" series Moto G handsets. HMD Global is going just a teensy bit better than the competition in the numbers stakes, with a 5,050mAh sealed battery in the Nokia G10.

How much difference can that extra 50mAh really make? We'll have to wait and see until we can properly test it, but according to HMD Global, the answer is "a lot", with a very bold claim around the Nokia G10's battery capabilities.

Specifically, Nokia/HMD Global claims that the Nokia G10 can manage "up to" three full days of battery life. That's a very bold claim, and without having laid a finger on the Nokia G10 yet, we're going to say that it'll be possible to drain it full flat within a day, because it's always possible to drain any smartphone quickly with battery-intensive apps.

That's precisely why HMD Global says it can manage "up to" 3 days, and not that it guarantees that it will. Still, there's scope within the combination of a lower resolution display and slower processor plus that large battery for it to stretch out to 3 days if you're a moderate user. Given how heavily the Nokia G10 is being sold on that battery life, we're really going to put it through its paces once a review sample lands in the Finder labs to see what it's really capable of.

One nice feature that the Nokia G10 includes is USB C charging. USB C cables a bidirectional – which is to say there's no "wrong' way to plug them in, unlike the microUSB cables that many cheap phones still use.

Could be great for budget buyers who frequently forget to charge

The Nokia G10 doesn't appear on paper to be any great shakes when it comes to camera tech or processing power, but the allure of that very large battery at a very low price point can't be understated. If it really can live up to Nokia's promises around 3 day battery life, it could be the budget phone to beat in this space, because so many cheap phones have awful battery endurance.

Stay tuned for our full review. 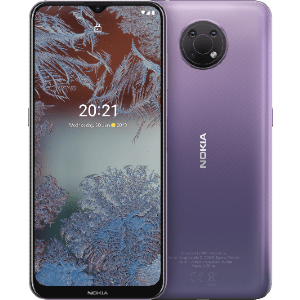