Whether you want something packed with features or something simple and fast, we're here to help you find the best NBN plan for your needs. Prices start from just $30/month.

How to switch NBN providers
What’s a good NBN speed?

Why is my NBN so slow?
What to do in an NBN outage

Looking for an Internet plan that'll get you connected with minimum fuss? You might use your Internet connection to stay connected to family and friends, stream your favourite shows, check your emails, or anything really.

Whatever your living situation and your broadband needs, there are NBN plans catered towards seniors that can put you online without paying too much.

The best NBN plan for you will depend on a number of factors, but the most important to consider is speed. NBN plans are categorised by different speed tiers, from NBN 12 all the way up to NBN 1000. The cheapest NBN plans will be on the NBN 12 speed tier, with prices increasing as you move up the different tiers.

To decide which plan is best suited for you, have a think about what you're planning to use your Internet connection for. For most, an NBN plan on the NBN 12, 25 or 50 speed tiers will be enough.

*Based on prices collected from our Broadband Plan Finder™ in May 2020.

There are faster speed tiers, but these plans are mostly useful for large households where many people are using the Internet all at once. Otherwise, you're paying a lot more for quicker download speeds that you don't actually need.

Do I need unlimited data?

Many Internet companies market their NBN 12 plans towards seniors looking for a so-called "simple connection", which is why many have data caps. This means you won't be able to use the Internet to your heart's content, but will have to work with 20GB or 100GB or whatever the limit is per month.

Unlimited data is appealing, but if you're not spending all your time on a screen downloading things or watching videos, it's not as important. Data capped plans are often cheaper than unlimited ones in the NBN 12 speed tier, allowing you to save a little on fees. 100-200GB will be more than enough for most 1-2 person households.

What are the cheapest NBN plans for seniors?

NBN 12 plans will usually be your cheapest option, which is great news if you don't need to do anything fancy with your Internet. If you do find yourself streaming video regularly or just want faster speeds, you could also have a look at NBN 25 and NBN 50 plans.

You can click the headings below to see plans on different speed tiers. You can sort the plans by monthly cost, data amount, and more.

What should you look out for?

The best NBN plan for you will depend on what you need out of it. There are a lot of NBN plans out there, so narrowing down what you really need is important.

Here's what you should ask yourself when comparing plans:

How much speed do you need?
The answer to this question will largely determine the price of your plan. Speed is the biggest factor in plan price, so picking the right one should be your first priority. You're better off buying a monthly plan that's too slow and upgrading later, rather than paying too much for speed you don't need. Not all plans are equal – even in the same tier, some plans and providers are faster. A higher typical evening speed on a plan means it's more reliable when all your neighbours are online.

Do you need a home phone?
With the NBN, home phones are tied to your Internet. If the NBN is in your area, you must have an Internet connection to get a home phone line (unless you have satellite or fixed wireless NBN). Not all providers offer a home phone, and most will usually charge extra to add it to your plan. Decide if you need one, or if you could get away with using your mobile instead.

What about entertainment extras?
Want more than what you have on your phone? Some broadband providers will bundle entertainment options into your NBN plan, such as Fetch TV or Foxtel. These usually offer additional entertainment channels and the ability to watch your favourite streaming platforms on your TV (for example, ABC iView and Stan), plus movies and more. Such extras add about $10-$25 to your monthly bill, so decide if it's worth it.

Does it come with a contract?
Most plans are month to month, giving you the flexibility to switch as you please. But some come with a lock-in contract, usually with the incentive of a free modem or cheaper monthly cost. Signing a 12-36 month contract could bring a few benefits, but you'll probably have to pay an exit fee if you want to leave early. Unless you're sure you'll love the service, avoid lock-in contracts.

Do you need a new modem?
If you haven't been on the NBN before, you'll likely need a new modem to go with it. Providers will always offer you a modem to go along with your plan, often for an additional fee. Some providers make this mandatory, so you have to buy their modem to get their plan. But if you already have a working NBN modem, you shouldn't need to buy a new one. Just run the model past your NBN provider when you sign up to make sure it will work with their service.

There are actually a few providers that have NBN plans specifically targeted to seniors or old age pensioners, with exclusive discounts. Here's what some providers are offering:

While discounts are nice and all, don't be seduced by senior-specific plans. If these plans aren't suitable for your needs, you're always going to be better off going with a normal plan that works for you, and may be cheaper at the same time.

In the next couple of sections, we'll look at some popular NBN providers that you might be interested in and what they've got on offer for seniors. You can click on the providers below to quickly see what plans they've got. 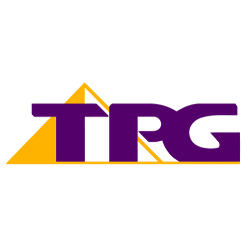 Telstra is Australia's biggest network provider, but it doesn't actually have plans specifically designed for seniors. That said, it still has quite a lot of extras on its broadband deals, in true Telstra fashion.

You can see Telstra's range of NBN plans in the table below.

Telstra does charge premium prices for its services, so look elsewhere if price is your main concern.

Optus is another household name that doesn't sell senior-specific plans, but which you still might want to sign up with. Its plans are cheaper than Telstra's for the same speed tier and include:

The downside to Optus is that it doesn't offer Basic I or Basic II plans, so check other providers if you're looking for a plan on these speed tiers. Otherwise, you can browse Optus's NBN plans below.

iiNet may not be as huge as Telstra or Optus, but it has some solid NBN deals and is well known for its customer service. Here are a few things you might like about iiNet:

iiNet also offers contracts that are 6 months in length. These reduce a new modem's price from $100 on the month to month plan down to $60 on the contract.

TPG also lacks dedicated plans for seniors, but it does have some of the best value on the market overall. Here's some of what TPG has to offer:

Like iiNet, TPG also offers a longer-term contract option of 6 months and will charge you a $99.95 setup fee if you opt for a month to month plan. This fee is scrapped if you choose the contract option.