How many average houses could Australia’s richest people buy with their money? 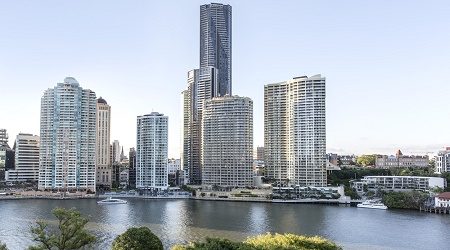 The richest man in Australia could snap up more than 27,000 houses in Hobart right now, without blinking an eye.

With an estimated wealth of $10.62 billion, 83-year-old property tycoon Harry Triguboff has topped the BRW Rich list for the first time in his life.

The 33rd edition of the AFR's annual BRW Rich 200 list is a who's-who breakdown of the most affluent Australians and how they accumulated their sizeable fortunes.

Property developers dominated this year's list accounting for four of the top ten, the three youngest debutantes, and 54 of the top 200.

Earlier this year we wrote about the fall in capital city median house prices across Australia. We thought it might be interesting to calculate the number of properties each of the top ten entrants could afford if they spent their entire net wealth on houses at the median price in each city.

Triguboff's substantially deep pockets could net him 27,092 Hobart properties, enough to give one house each to around 13% of the city's population.

However, the billionaire's dollars wouldn't go anywhere near as far in Sydney with the ageing property developer only able to afford 10,356 houses in the NSW capital. He would only be able to purchase a house for about 0.002% of the city's people.

Mining magnate Gina Rinehart has enough money to acquire 11,327 houses in her hometown of Perth. Her daughter Bianca, who debuted on the list at number 60 this year, could grab another 1,692 if she felt so inclined.

34-year-old Victorian Tim Gurner was the youngest newcomer on the list, ranking 141 with an estimated wealth of $460 million. But this would only be enough to secure 641 houses in his current home, Melbourne.

Take a look at our infographic below to compare what the ten wealthiest Australians could buy up in each capital city. Interestingly, if the top ten billionaires combined their total wealth they could afford to buy more than 100,000 houses in Canberra. That's almost a property for one third (28.7%) of the ACT's entire population.

Our PM Malcolm Turnbull, who last featured on the BRW Rich list in 2010, wouldn't come close to matching that figure, only able to buy a meagre 337 houses in the nation's capital with his estimated $200 million net worth.

Earlier this month Turnbull came under attack for suggesting wealthy parents should “shell out” to help their children enter the costly Australian housing market.

While new figures point to improved housing affordability across the board, how does affordability for first home buyers compare now across the generations? We analysed the difference between Baby boomers and Gen Y to determine "who had it tougher?".