The Lombok earthquake could affect your travel insurance

Finally, some good news! Domestic travel is picking up, so some insurers have started offering cover again 🦘 Just remember, you won't be covered for any pandemic related claims if you do take out domestic travel insurance. 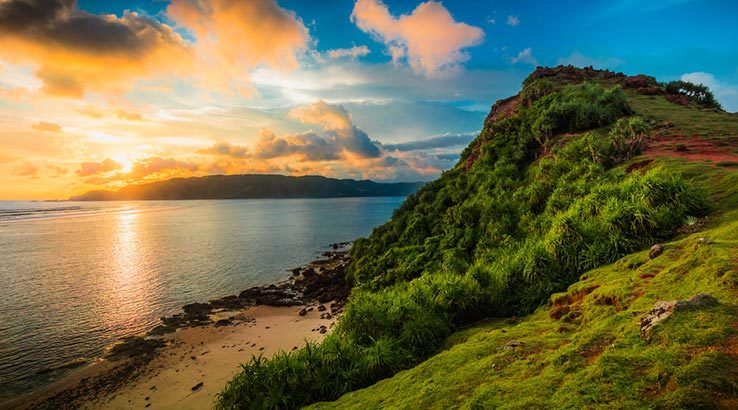 If you're travelling to Lombok or even Bali, Sunday's earthquake may affect your insurance.

If you are planning on travelling to Bali, Lombok or any other nearby islands in the near future, you should be aware that Sunday's 6.9 magnitude earthquake is now a "known event" for insurance purposes.

A known event is one that any reasonable person should have known about in advance due to the magnitude of it and/or widespread media attention given to it.

"The moment to buy travel insurance is the moment you put money down to pay for your trip. That way you know you're covered. If you wait too long and an event like Sunday's earthquake happens, any policy you buy after that won't cover you for anything related to that event," Sylvester told finder.com.au.

He said earthquakes can be especially tricky since an earthquake's aftershocks are all part of the same known event – but not every rumble in the days after an earthquake is necessarily an aftershock. Some follow-up rumbles can be considered brand new events, entirely worthy of coverage.

That means even if you bought your policy after last Sunday's 5.2 magnitude earthquake, you'd still be covered for this most recent one and all aftershocks related to it.

"It takes some time to arrive at conclusions like this because we need to consider what resources like the U.S. Geological Survey are reporting and what geologists are saying. So while we do our best to get information out to travellers in a timely manner, we're not always able to make an immediate statement about what is or isn't a known event," Sylvester said.

That means it is up to you to keep tabs on what is happening in the areas you will be travelling and to make sure you secure your cover sooner rather than later. If you do find that you won't be covered for a particular known event, that doesn't mean your cover is worthless because you'll still be able to claim for unrelated situations.

We checked more than a dozen Australian travel insurance brands' websites to see if any explicitly said future earthquakes are not covered. The below brands have stated that from the dates listed, no policies will cover travel plans affected by the earthquake and its aftershocks.

Others released statements informing travellers on what to do in case they are already booked to travel, but have not stated whether future policies are affected. If you're booked to travel to Bali or Lombok, it's best to check directly with your provider before you depart.

Which brands are no longer covering the Lombok earthquake?

The earthquake killed more than 100 people and the scene in Lombok and the nearby Gili Islands is chaotic, with rioting, looting and fighting erupting in the face of food and water shortages and a relief effort that is being hindered by crippled infrastructure.

No Australians are reported to be missing or killed, but thousands of tourists from Australia and elsewhere are currently awaiting evacuation.

Flights are still operating as normal, in and out of both Lombok and Bali, but the Australian government has temporarily recommended that Australians reconsider their need to travel to Lombok and the Gili Islands on the Smartraveller website. If you're still planning to travel to Bali, Lombok or any of the surrounding islands, you should monitor the situation closely and exercise caution, as strong aftershocks are still rattling the area.

The Diners Club Business Card can be used to…