JobKeeper’s ending, will your job end too? 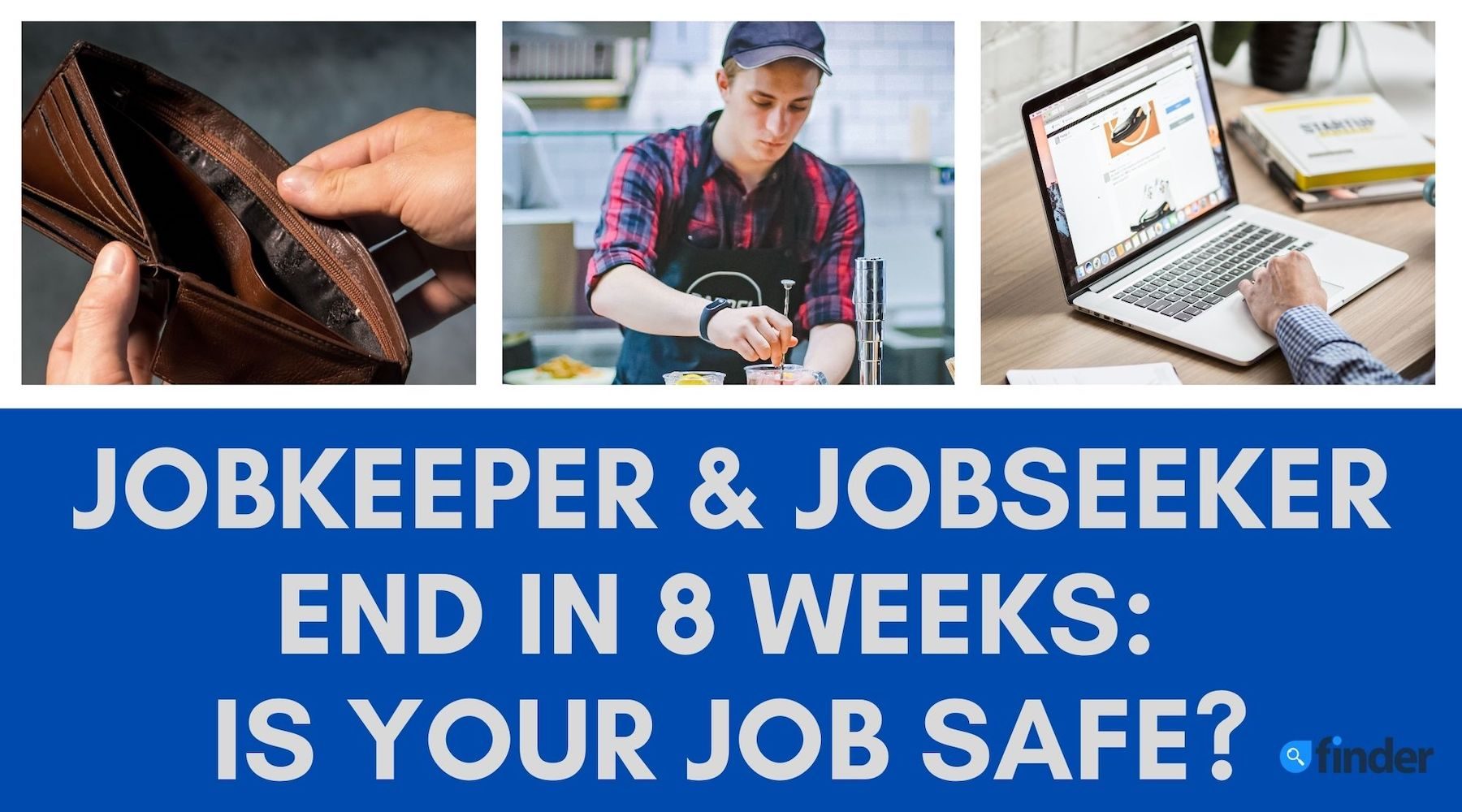 With JobKeeper and JobSeeker ending in just eight weeks, should you be worried about your job?

Since COVID-19 landed in Australia and kicked off an economic recession, younger people have been the hardest hit, with over 500,000 people under the age of 35 losing their jobs in the early stages of the pandemic.

Still today, there are around 300,000 young people out of work. With JobKeeper and JobSeeker set to end on 31 March, how will all Australians (young and old) be impacted in the workforce?

According to Graham Cooke, head of consumer research at Finder, the outlook is positive, with most economists showing confidence that businesses won't suddenly shed tens of thousands of jobs once the stimulus program ends.

Take a look at the red "employment" line in this chart: from the onset of coronavirus until August 2020, it remained fairly flat before a sharp increase over the last six months. It now sits at a healthy 73% – meaning nearly three-quarters of economists and experts surveyed expressed positive sentiment about employment. Positive sentiment around employment had plummeted to 0% in April when the lockdowns first began, but the nation's stronger-than-expected economic recovery has resulted in a rosier outlook.

Graham Cooke says the swing in positivity around employment is "significant".

"The swing in positivity around employment is the biggest news from this month's RBA cash rate survey, as there was a lot of fear during the first three quarters of 2020 that certain sectors within the jobs market would not survive without government support," Cooke says.

"It now looks like experts are fairly confident that the market is robust enough to ride-out COVID-19. Affordable housing, however, may be quickly evaporating. A combination of record-low interest rates, government stimulus and bolstered savings has pushed sale prices north once more. Any potential property buyers should take note."

"The latest data from the ABS showed a recovery in the labour market and despite a decline in January, consumer sentiment has also strengthened in recent months," she tells Finder.

This is all very encouraging, but what does it actually mean for employees – and the employers who will go back to paying full wages on 1 April?

Reserve Bank data confirms that the hardest hit industry over the last 12 months was hospitality, followed by manufacturing, professional services, transport and the arts. 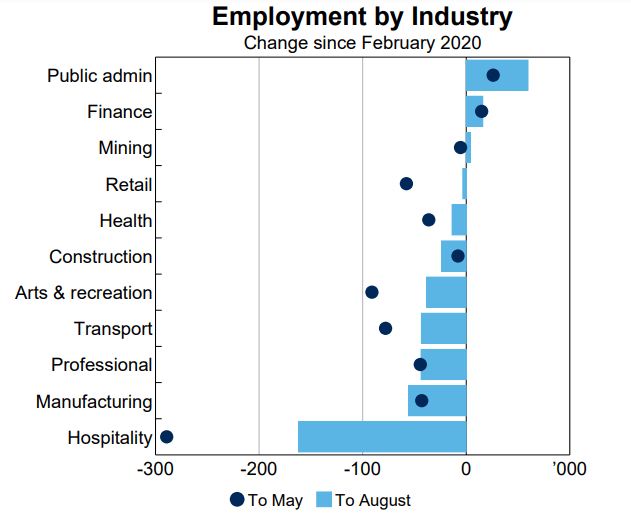 "The hospitality industry – in which many young people and women work – has been worst affected, with almost 300,000 job losses between February and May… and people who work in lower-paid occupations have, on average, been the hardest hit," Lowe says.

"There has been an encouraging recovery of late, and for this to be sustained our economy will need to open up further. In contrast, a number of other areas – including the finance industry, the public sector and mining – have been much less affected."

Where to from here is almost impossible to predict, although the reopening of state borders has been a step forward, particularly for the struggling tourism and hospitality industries.

And while no one has a crystal ball, we all have reason to be more optimistic than we were, adds AMP chief economist Shane Oliver.

"The economy has recovered faster than expected and the deployment of vaccines should aid further recovery," Oliver says.

"While the jobs market has improved faster than expected, we are still a long way from full employment. Jobs growth is likely to slow a bit in the months ahead with some jobs (e.g. travel related) taking longer to return and some (e.g. parts of retail) likely to never return again. The end of JobKeeper in late March will create a bit of apprehension – not that I expect much impact – and coronavirus still has the potential to create upsets in the short-term, with uncertainty about how effective vaccines will be."