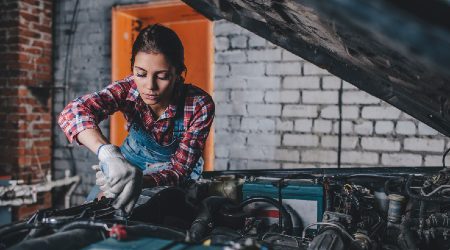 The coronavirus, financial forecasts and RBA decisions have made fixed mortgage rates incredibly competitive. For now.

The classic fixed versus variable rate dichotomy goes like this: fixed rates are higher but you have stability; variable rates are more flexible and usually lower. But that's not the case at the moment.

Right now you can get a fixed owner-occupier rate as low as 2.09%. It's as low as mortgage rates have ever gone. The lowest variable rate is a bit higher, at 2.39%.

Here's how a rate of 2.19% affects your repayments compared to 2.59% (one of the lowest rates available on Finder right now and a good example of the "average" competitive rate).

There's more to a mortgage than a lower interest rate. Variable rate loans tend to be more flexible and are easier to leave if you find a better deal elsewhere. Fixed rates, on the other hand, come with breaking costs if you exit the loan during the fixed period.

You also need to consider features. A home loan with a 100% offset account lets you build up savings while lowering your interest charges. A fantastic feature, and one more commonly found on variable loans.

Fixing means certainty in your repayments. That's what matters. You don't have to worry about repayments going up. And you accept the fact that if variable rates get lower, you'll miss out for a while.

And over time, variable rates tend to be lower than fixed rates. Exploring why fixed rates have fallen so low now will help you make a better decision for the future.

Why are fixed rates so low now?

The Reserve Bank of Australia cut the official cash rate twice in March 2020, sending variable home loan rates falling. But after the second cut, we saw lenders hold off on big cuts to their variable rates. Instead, they cut their fixed rates.

Here are several suggestions why:

So if all you care about is getting the lowest rate possible, fixing now might not achieve that in the longer term.

Making the right choice for you

There's no right or wrong answer, it depends on what you're looking for. If you think locking in a low fixed rate now is a good deal (and it is), and you're less concerned with flexibility, then fixing could be a good move.

But always make sure the loan has the features you need, and be aware that breaking a fixed rate loan can be difficult. And if variable rates get lower, well, accept that you've made your choice.