Entire town for sale in Tasmania 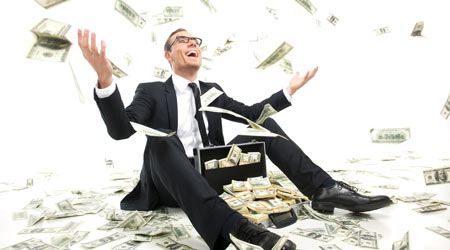 Are you an evil genius looking for a lair? Got a spare $11 million? We've got you covered.

While the Australian property market may be pricey, $11 million will still buy you a lot. For example, a waterfront block of three apartments in Drummoyne went for the $11 million last month at auction. But if you’re willing to look further afield, you can really make your dollar stretch. In Tasmania, $11 million will make you the proud owner of your very own town.

The town in question, Tarraleah, has been put up for sale by property developer Julian Homer, News Ltd has reported. Homer spent more than a decade building Tarraleah, which includes a lodge, golf course and waterfall. The town is a tourist haven, and already turns a profit of around $2 million a year.

Those looking to rule their town’s citizens with an iron fist might be disappointed to learn that Tarraleah has no residents apart from employees of the lodge. That can’t stop a would-be tyrant from dreaming, though.

If you do happen to have a spare $11 million and are keen to own your very own town, you’d be well advised make your move. Knight Frank hotel, motel and business consultant John Blacklow told News Ltd there has already been significant interest in Tarraleah, particularly for use as a retreat centre.

“We expect groups to purchase it, such as companies who want to use it for retreats, franchise operators and church and religious groups — we’ve already had calls from those people.”

So get in quick, because the only thing people in Tarraleah should be retreating from is your cruel despotism. 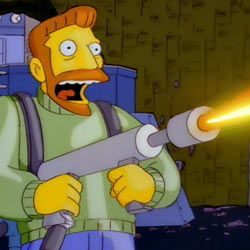 You've got the $11 million. You've got the plan to hold the globe in thrall to your murderous intent. Now it's time to see what you can get for your money.

Just last month, the Department of Defence announced it would seek tenders from real estate agencies for the former immigration detention centre 37km from Adelaide. The 21.65 hectare site includes 81 detached houses, a community hall, a child care facility and workshops. No word yet on a price, as the DoD is still conducting due diligence. Buyer beware, however, as the site may be contaminated by asbestos. The right evil genius could make this work to his advantage.

Less than 100kms from the glitz and glamour of Las Vegas, this rural township was founded in 1965. As a bonus, the town already comes with 350 residents you can bend to your maniacal will (though with a median age of around 67, they might not make the best recruits for your private army). Plus, it has its own airstrip and a casino, perfect for luring dashing secret agents into deadly games of cat and mouse. At $10.4 million it still sounds like a bargain.

If you’re hunting for something a bit more rustic, it’s hard to look past the Old West charm of Swett, South Dakota. The “ghost town” is listed at around $325,000, and after 180 days on the market with no takers, it’s ripe for the picking. And the price means you’ll have plenty left over for space lasers. This doesn’t mean you should rest on your laurels and let the deal pass you by. Real estate agent Stacie Montgomery told the Rapid City Journal she’s had many interested prospective buyers, from people looking to live off the grid to production companies looking to film reality shows.

Why trifle with a mere town when you could own your own island citadel? For a mere $30,000, you could transform the idyllic paradise of Hemlow Island off the coast of Novia Scotia, Canada, into an unspeakable realm of horrors. And you can rest easy knowing you got a great deal.