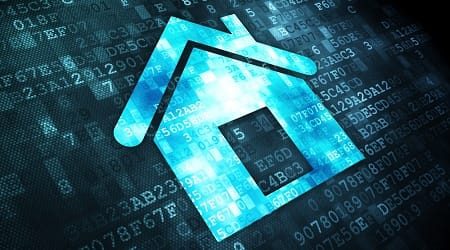 Future property transactions could give paper the flick.

Martin, a solicitor for Aussie construction and property law firm Kreisson, was adamant about completing an end-to-end paperless property transaction.

How was she able to do this?

To begin with, Martin refused to play by the rules. When told that the only way to pay strata certificate fees was through traditional methods, cheque payments, she shamelessly refused.

"I wanted to see how far I could push to make a paperless transaction a reality... I told them 'don't be ridiculous – this is 2016! Find a way to make it work with B-Pay'," Martin said.

While e-settlements have been available in NSW since late 2014, this was the first to involve the exchange of digital contracts.

The contracts were drawn up online within an hour and emailed out the same day, saving Martin around a week's worth of work.

"I'm on the Board of directors for Manly Rugby and I was down at the oval setting up for the day's game when I signed the e-contract on my iPad," Martin said.

She kept in close contact with the banks via regular phone calls. After learning that the purchaser was taking out a second mortgage, Martin requested the banks separate the transactions in order to proceed using Property Exchange Australia (PEXA).

PEXA is an online property exchange that allows lawyers and conveyancers to electronically lodge land registry documents and carry out financial settlements. Funds are transferred via the Reserve Bank of Australia (RBA) to destination accounts.

Martin said all parties had full visibility of the transaction and the payout figure was uploaded on the morning of settlement.

Martin used DocuSign to facilitate the exclusive agency agreement, e-signing and emailing the document to the agent.

"With paper settlements I would usually book a settlement agent and expect to be sitting on hold with the bank for up to two hours. Then I’d need to book the time and settlement place, get the cheques ready and make sure that everything balances," she said.

Martin said the resistance to switch to all-digital real estate transactions is the result of stubborn practitioners on the verge of retirement, unwilling to embrace new technology.

"My mum is a licensed conveyancer and I know that some of her peers are only now - somewhat reluctantly - getting their heads around how to use to a smartphone," Martin said.

If you're thinking of selling your home, chances are high right now that you’ll double your money. New research reveals almost a third of properties sold in the March quarter doubled their previous sale price.

And while new home sales figures fell for a second consecutive month in May, the Housing Industry Association (HIA) said there is no cause for alarm.