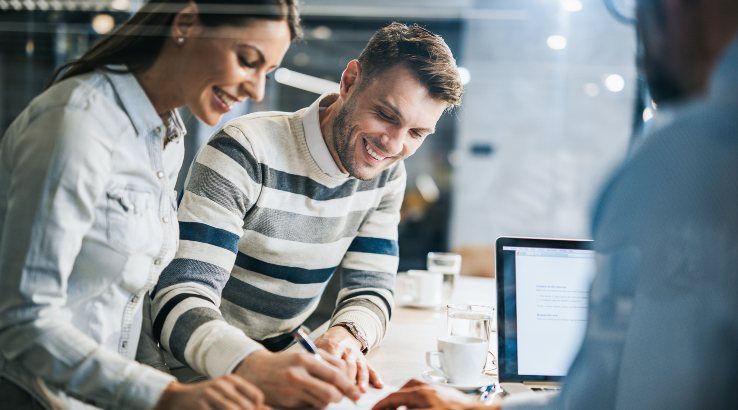 As your equity grows to 30 and 40%, your rate drops, effectively rewarding you for paying off the loan.

Here's how it works. Let's say you take out an owner occupier, variable Athena home loan with a 20% deposit. In mortgage jargon, your loan has a loan to value ratio (LVR) of 80%. Your interest rate would be 2.54%.

Over time you make repayments and build up your equity until your loan shrinks to just below 70% LVR. Once you reach this point Athena will lower your rate to 2.49%.

And while variable rates are subject to change, Athena says once you've built the equity a borrower will always have its most competitive rate for their loan type. This "automatic rate match" is an existing guarantee from Athena not to give a better deal to new customers without automatically doing the same for existing customers.

These new, falling rates apply not just to owner occupier loans but to investor loans as well (for both, principal and interest repayments only).

Athena's new rate system comes into effect on 30 September 2020 for new and existing customers, including new borrowers who apply now.

How does Athena's offer stack up against the competition?

Many Australian borrowers stay on the same loan with the same lender for years only to find that their lender has better offers available for new customers (it happened to me!). The fact that Athena's offer rewards loyal borrowers for paying off their loans is a good feature and one that more lenders could adopt.

But getting a lower rate matters more when it's also a competitive rate. A discount is nice, but if you can get a better deal elsewhere you're still missing out.

With a starting rate of 2.54%, borrowers with a 20% deposit are already getting a pretty competitive deal. Athena's lowest rate, 2.39%, is among the lowest rates currently available on the market.

While paying off 40% of your loan to reach that goal might take a while, it means you'll be on Athena's lowest rate for more than half the loan.

Let's look at a quick breakdown of how a falling interest rate can benefit you.

Now let's look at how monthly repayments fall as your rate drops:

While it looks like a relatively small amount, the difference between the highest and lowest rate saves you $47 a month or $564 a year. Over the life of a loan that makes a big difference.

Looking for a better deal on a home loan? Compare home loan rates from across the market. You can also talk to a mortgage broker if you need expert guidance.