Who sells the most NBN connections? And why does that matter? - finder.com.au

Who sells the most NBN connections? And why does that matter? 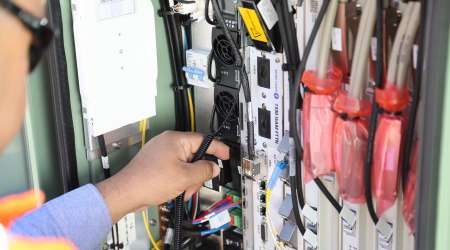 There are dozens of choices if you want a new National Broadband Network (NBN) connection; indeed, the entire NBN model was built as a wholesale system that any provider can buy into (presuming they have sufficient funds and nous). In practice, however, a handful of large providers tend to dominate, just as they do in the mobile plans space.

We can see that clearly in the first Wholesale Market Indicators report, which identifies just which companies have been purchasing services from nbnco, which is constructing the NBN. The Australian Competition and Consumer Commission (ACCC), which issues the report as part of its monitoring of the NBN project to ensure it promotes competition, is at pains to emphasise that these numbers aren't an exact measure of market share of live NBN services. Nonetheless, they're a fairly good approximation.

For each of the main access systems offered by NBN as part of its "multi-technology mix", the report shows the top five "access seekers" (though position five is invariably "everyone else" and more providers are shown for satellite). "Access seekers" will usually be seeking access in order to connect a new paying customer.

Here are the numbers for fibre-to-the-premises (FTTP), which is still the most common NBN option right now, even though FTTP rollouts have effectively stopped. (Check out our guide to the different NBN technologies to learn more.)

Here are the numbers for fibre-to-the-node (FTTN), the mixture of fibre and copper which is likely to become the dominant model:

Here are the numbers for fixed wireless, used in some regional areas:

And here are the numbers for NBN's interim satellite service, which will soon be replaced with the just-launched Sky Muster service for rural areas:

What you'll notice is that the same companies pop up again and again: Telstra, Optus, TPG and M2 Group (which includes Primus and Dodo). And for every category except satellite, Telstra is the number-one buyer of wholesale services.

That's hardly surprising: Telstra is the biggest telco in Australia, with a widely recognised brand name and a huge marketing budget. However, the concern amongst industry players is that Telstra potentially has an unfair advantage in the NBN, because it previously owned the networks being used to build the NBN.

Understanding this requires going back a couple of decades. When Telstra was privatised back in 1997, it essentially retained control of the existing copper telephone network. While it was supposed to offer access to this network on equitable terms to rivals, that wasn't always the case. One of the aims of the NBN project was to create an entirely independent wholesaler of broadband, which would offer the same terms and access to any interested sellers.

The reality has been murkier. In particular, the FTTN approach favoured in the current model relies heavily on the existing copper network which Telstra sold to nbnco, which it naturally has a far more detailed understanding of than other providers.

Not only that, it has a contract to help nbnco shift customers from the current copper/ADSL model to FTTN, so it potentially knows what's going on well in advance of its rivals. The same applies to the pay TV HFC network which it sold to nbnco. What's to stop it sending a salesperson to your door the day after your new connection becomes available?

The Competitive Carriers Coalition (CCC) spelled out the concern that this might be happening. "One trend evident in the first report is that Telstra's market share of fixed line broadband has increased as each successive alternative technology has been introduced, a trend that gives even more weight to the ACCC warnings about inadequate competition protections under the most recent NBN-Telstra contracts," it noted following the report.

Without knowing what's in the deals between Telstra and NBN to migrate those networks, and what conditions they impose, it's hard to tell if Telstra has an unfair advantage or is simply doing a better job of attracting customers. The contracts themselves are deemed "commercial in confidence", so we can't check directly. It's notable that the one area where Telstra has no special access -- interim satellite -- is the one where it doesn't have any market advantage.

Even in a completely open market, I'd expect Telstra to have a big slice of the pie. But it will be interesting to see if the trend the CCC has pointed out -- that the more choices customers have, the better Telstra seems to do -- will continue when HFC becomes fully available through nbnco this year. In the meantime, the best thing you can do as a consumer is carefully compare your options once an NBN service does become available in your area.