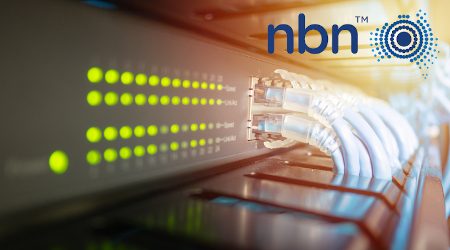 A new law to ensure Internet access for all Australians is now in place, but what does that actually mean for you?

What do the new broadband rules say?

The rules around broadband provision are laid out in the Statutory Infrastructure Provider (SIP) obligations, which state the required provider (which will mostly be NBN Co) as the identified Statutory Infrastructure Provider in any area that it has declared ready for service. Under the old USO, only voice services were considered essential, but the USG rolls broadband into the mix as well.

NBN Co, or other providers in areas of new builds that are declared to be the SIP in that area, is obliged under the regime to provide at least 25Mbps NBN speeds to Australians in their service area.

How fast is the minimum speed?

The new laws state that the minimum speed required from the SIP is a download speed of 25Mbps (or better) and upload speed of 5Mbps (or better). With many NBN providers either deprioritising their 12/1 plans or outright not offering them, 25/5 NBN is essentially the bottom tier of NBN services for fixed-line NBN customers right now. This guarantee doesn't entirely change what you're going to get out of either NBN Co or your NBN provider.

However, there is more to the SIP as it also obligates NBN Co specifically to provide 50/10 Mbps connections to at least 90% of its fixed-line network, which should be the preferred network option over wireless or satellite connections unless it is unable to do so.

Isn't that slower than the existing 50/20 plans?

Given the existing billing structures and contracts that NBN Co has with its retail service provider (RSP) partners (the likes of Telstra, Optus, Vodafone, Aussie Broadband and any other NBN provider), it seems unlikely that NBN Co will backpedal on 50/20 plans markedly to make them slower. They're just obliged to provide those kinds of speeds as minimums, that's all.

Under the SIP regime, NBN Co is very much obligated to provide them to you, but it will depend on your circumstances. Obviously, if you're signed up to only a 12/1 plan at this time, it's not as though you can then complain to get 25/5 necessarily for the same price!

However, if your infrastructure and connectivity cannot support a 25/5Mbps connection on a sustained basis, you should have prime grounds to enforce work being done to rectify that.

Bear in mind that you would almost certainly need to be able to provide evidence that your line could not sustain those speeds over time. Just having dips in connectivity in peak periods under 25/5 probably wouldn't count and NBN Co may suggest you try another provider if that's the case anyway.

In any case, if you're struggling with speed issues on your current NBN plan, your first port of call should be talking to your provider about those issues and identifying if it's an issue of network provisioning on their part, the infrastructure to your home or other interference factors.

That's a very open-ended question because it depends on your usage. If you're a light Internet user and the sole user in your home, it's enough for basic web browsing, video streaming and downloading. However, if you want to grab better quality video streams, upload larger files or have multiple users needing to videoconference, you could pretty quickly hit the limits of a 25/5 connection.

To understand which NBN speed is right for your usage habits and household, check out our guide on NBN speeds.

What about 5G? Doesn't it have faster speeds?

While we have seen moves in the 5G space to offer NBN alternative products, most notably to date from Optus, the reality of the current 5G rollout from all telcos is that widespread coverage is still some years away.

As a wireless technology, 5G is also going to be far more susceptible to interference factors, which means speeds won't be as reliable.

In any case, there's nothing in the current USG that obligates access to any mobile broadband technology from the likes of Telstra, Optus or Vodafone. Potentially if they, or any other emerging 5G carrier in the future, was declared the SIP for an area, that might change. But right now, 5G is an alternative option for broadband, generally at a higher cost than fixed-line broadband due to the data limits placed on most mobile broadband plans.

Does the USG still cover payphones and voice calls?

The big changes in the USG are broadband-centric, but voice isn't entirely ignored. There's a new obligation for voice provision over the satellite parts of the NBN for a start.

One of the more contentious parts of the USO was the obligation on Telstra to maintain public payphones, despite the relative falling importance of that infrastructure in an age of widespread and affordable mobile connectivity. However, for now, the USG does cover the requirement for payphones to be maintained, but there's an outlook that will examine the precise location of existing payphones, as well as "identifying and costing alternative payphone solutions".

It seems likely that the number of payphones across Australia will continue to decline, but there is at least some understanding of the role that they play and some pressure to develop alternative communications infrastructure to replace their function where necessary.