How Australians use consular services overseas 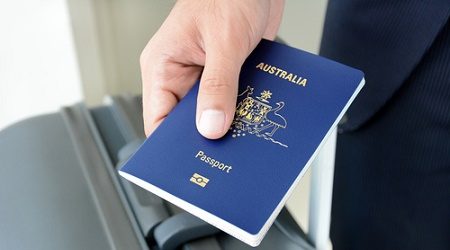 Southeast Asia is a dangerous place for Australian travellers.

Consular services provided to Australian travellers help take the risk out of travelling overseas, providing information, assistance, advice and points of contact for those in need. A new report highlights the number of services utilised by Aussie travellers, analysing where and why this assistance was required.

There were almost two million Australian passports issued in 2015/16 and 10.2 million departures recorded, up 5% over the last year.

Comparatively, there were 15,740 consular cases opened in the Department of Foreign Affairs & Trade (DFAT) Consular Information System throughout 2015/16.

While this figure is slightly down on last year's total (15,824) improved data categorisation has resulted in apparent increases in some case types and a lower number of cases categorised as "other".

There were more cases of arrest, imprisonment, hospitalisation, repatriation, welfare support, theft and assault reported in 2015/16 than in previous years.

While case numbers may be high, this doesn't reflect complexity. Some cases might be quick and easy to resolve, while others may take weeks, months or even years to complete.

Just under half (47%) the cases of Australian deaths overseas in 2015/16 were a result of illness or natural causes. Around one in seven deaths were accidental and a small proportion (3%) were murders.

While DFAT doesn't keep separate stats on cases in which mental health is a concern, staff around the world reported an increasing number of such instances. In some cases, mental health conditions affected a person's ability to help themselves or made them more vulnerable.

If you’re managing a mental health condition, carefully compare travel insurance brands and plans to ensure you're covered should you need help overseas.

The number of Australians arrested overseas increased 23% to 1,551 in 2015/16. Immigration detention, where Aussies have been denied entry or breached visa conditions, account for much of the rise.

Travellers are advised to check the entry requirements of the countries they're visiting and ensure they have at least six months validity on their passport, since this is a condition of entry for many countries.

For the cheapest deals on flights, tours, accommodation, cruises and car hire check out our in-depth travel guide and discover hidden gems using our destination guides and handy tips and hacks.