How has housing affordability progressed through the passage of time? 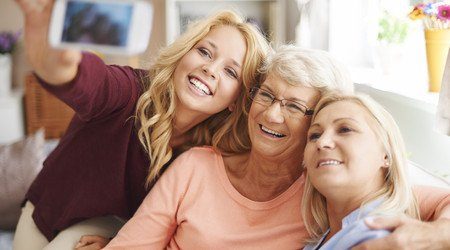 The latest price growth trends from the Domain March Quarter (2016) report show that median prices have dipped in every capital city, except Melbourne and Hobart which are up 1.2% and 4.3% respectively. Darwin saw the greatest slump in price growth (-4.9%) followed by Sydney which saw a -1.5% drop.

With the news that the median house price in Sydney fell below $1 million for the first time in a year, the media is buzzing. Combine the cooling housing market with a low-interest rate environment, and first home buyers should quit complaining, right? However, it seems that first home buyers are still getting the rough end of the stick.

Although low-interest rates make the cost of borrowing cheaper and more accessible, they also drive up the cost of housing due to greater demand. So, how does current affordability stack up against the Baby Boomer scene?

According to figures from Property Update and analysed by finder.com.au, in the late 1980s, average home loan rates rose to 17%. Coupled with this, house prices fell, which forced many borrowers to sell up.

Both generations have suffered

So who loses out on the affordability debate? While the numbers suggest that Gen Y may have it tougher, it's difficult draw comparisons due to the large number of variables to consider. However, it's clear that owner-occupier in the 1980s and today have both struggled to comfortably service a mortgage.

In fact, both generations encountered mortgage stress by using more than 30% of income to repay a mortgage.

Then there’s the socio-economic and cultural factors to consider.

Arguably, young people in the 1980s were more likely to have a combined income compared to young people today. A higher rate of saving was also encouraged in the post-war era and Baby Boomers didn’t have to contend with a $50,000 HECS/HELP tertiary education debt.

However, there is no real substance in saying that Gen Y has it tougher than their older counterparts. You cannot accurately compare two distinctly different times.

The passage of time has not done a lot to improve housing affordability. Both generations have suffered in their own right.