Finder to the Node: NBN discounts 100Mbps while it embraces open source 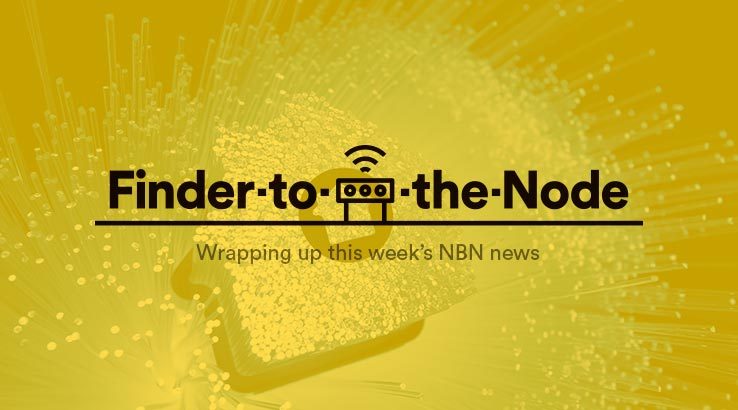 Discounts are coming for the fastest NBN plans while NBN Co embraces open source in this week's round-up of NBN news.

100Mbps is the new 50Mbps as discount scheme launches

Last year, NBN Co was all about discounts for its retail service provider (RSP) partners selling services at the 50Mbps tier, with some very positive results for the network builder in terms of customers taking up the more expensive, and therefore more lucrative, broadband plans.

In 2019, 100Mbps is the new frontier for NBN discounts, with NBN Co announcing a rebate scheme for internet providers able to convince customers to sign up to 100Mbps NBN plans.

Specifically, qualifying providers can get a $160 rebate for each customer who signs up for a 100Mbps plan from the period between 21 January 2019 and 30 June 2019, when the rebate is scheduled to expire.

So how do you tempt customers into the highest-speed, highest-priced NBN tier? You do it by dropping prices on those plans over time, and it didn't take long for providers to jump onto the discount-100Mbps bandwagon.

MyRepublic was the first to offer a discount on its 12-month NBN 100 tier plans, chopping $10 per month off its plan pricing for its unlimited plans at that speed.

It doesn't take much mathematical prowess to work out that this is a win-win prospect for its customers and the internet provider, as the discount isn't quite the full quantity of the rebate, plus any profit it's able to make on the plan as it stands. Still, a cheaper plan is a cheaper plan, and it's more than likely we'll see increased competition in the 100Mbps space in the next 6 months thanks to the rebate scheme being in place.

As a reminder, that 100Mbps speed tier is only available to consumers on fixed-line NBN services, and it's a peak speed that may not be achievable depending on network factors and the technology of your NBN connection, especially for customers in the FTTN footprint.

NBN Co has announced that it's joining the Open Networking Foundation, an industry body looking to build vendor-independent networking products without the prospect of vendor lock-in.

"Joining the ONF and its push for more open standards on networking deployment is a demonstration of our commitment to find innovative ways to deploy and manage the network," said Ray Owen, NBN Co's Chief Technology Officer.

"By investigating open-source software and building on the work already done by the ONF, we can aim to drive programmable network architectures through disaggregation of control. This will help to enable us to achieve a faster time to market with our wholesale products and deeper systems integration with retail service providers."

The proposed merger between mobile heavyweight Vodafone Hutchison and broadband goliath TPG was always going to be subject to ACCC approval.

The ACCC's preliminary findings suggested it had some serious concerns about ongoing competition in both the mobile and NBN spaces if the two entities proceeded with the merger, but there was the expectation that it would make a decision by 28 March 2019.

The ACCC has now extended that deadline through to a provisional date of 11 April 2019, citing "delay in receiving information from merger parties" as the reasoning. While that makes the merger somewhat more doubtful, the combined entity that TPG and Vodafone formed to bid on the 5G spectrum, already highlighted as a serious competitor to NBN services, will go forward regardless.