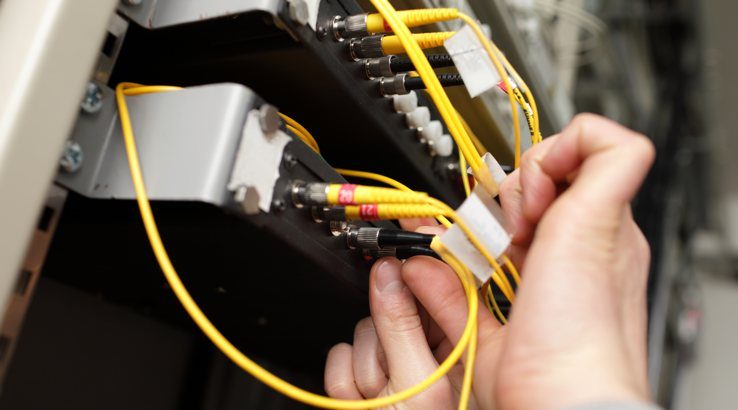 NBN increasingly switches FTTN rollout to FTTC, but the real speed is still in full fibre.

One of the reasons for switching to the so-called "Multi-Technology Mix" model of the NBN was to allow for flexibility in future upgrade paths for the technologies adopted in different areas.

Customers who were swapped from an FTTP (Fibre To The Premises) to a FTTN (Fibre To The Node) connection had to rely on the quality and length of the copper from their premises to the node, with varying degrees of speed quality and more than a few anecdotal stories that suggest that FTTN connections are less than desirable.

NBN always had the option of switching out technologies, and that appears to be a path it’s more fully committing to by switching an increasing number of future FTTN builds over to an FTTC (Fibre to the Curb) model. ITNews reports that an additional 300,000 premises across Victoria, NSW, Queensland, Western Australia, and South Australia will be implemented using FTTC instead of FTTN. That should bring the total number of premises served by FTTC to around 1 million.

ITNews quotes Chief network engineering officer Peter Ryan speaking at the CommsDay summit in Sydney as stating that "Premises in the expanded FTTC footprint will be delivered more efficiently from a cost and time perspective."

FTTC connections still use copper rather than full fibre, but instead of a neighbourhood corner node box, fibre is run more fully closer to each premise before branching out to copper from the individual location. It’s a slightly more expensive rollout on a per-premises basis, but it does bring with it significant potential for speed upgrades.

The move to FTTC is happening as it becomes clear that some 98,000 properties without the correct copper lead-ins have been declared to be "Service Class 0" and effectively pushed to the back of the service queue despite technically being in NBN-ready areas.

The ACCC has recently announced that it intends to comprehensively test ISP speed delivery across NBN connections over the next four years, so while FTTC is still largely in the testing phase, it seems likely that FTTC connections will also be assessed.

As a reminder, you don't have a choice in the connection your premises gets. Equally, once your area is declared NBN-ready, you've only got 18 months to make the switch from ADSL, except if you're in an Optus HFC area, where the window could be as small as 30 days.

There’s still a solid difference in the potential quality and speed of full FTTP connections, however, with NBN today touting tests it is running that utilise NG-PON2 to deliver a potential 10GBps symmetrically down full fibre lines.

The technology is still in the testing phase with NBN claiming peak speeds of up to 102Gbps in one trial. NBN'c contention is that while only 2.5 million premises are expected to be on FTTP by the time the rollout theoretically wraps in 2020, the speed boosts of NG-PON2 could have upsides for all NBN users by reducing congestion across existing FTTN, FTTC and HFC NBN networks.

NBN already provides the potential capability for RSPs (that’s the middleman layer that actually provides services to consumers and businesses on the NBN itself) to offer up to 1GBps plans, but as yet no RSP has gone commercial with such capability, with most stating that the CVC access costs make it a non-starter for commercial terms.

If you're unsure about where your home or office stands in the grand NBN plan, you can check the rollout progress and available plans using our NBN tracker.