Finder to the Node: NBN Co outlines the NBN’s future

NBN Co releases its long-awaited corporate plan, but what picture of Australian broadband does it paint? 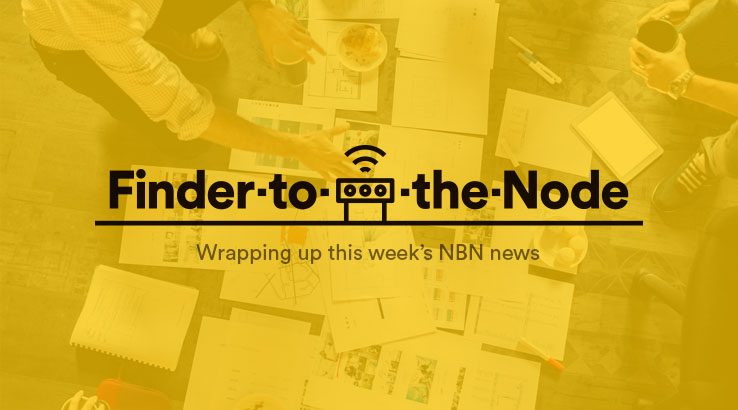 The big news in the NBN space last week was the release of the NBN's corporate plan for 2020-2023. It's a critical period for the national network builder because it lays out what it plans to do in the post-build process phase.

NBN Co is still firmly committed to the line that it will complete its network build by June 2020, with NBN Co Stephen Rue stating that "Very few, if any, infrastructure projects of this magnitude have ever been delivered in Australia and, after ten years of hard work and less than 10 months to go until our target completion date, I'm confident we'll complete the build on time and on budget."

However, there's some semantics at play here that will leave significant numbers of Australian households and businesses without a working NBN connection after that time.

NBN's specific language is that "NBN Co's build completion commitment is that all standard installation premises in Australia are able to connect to nbn™ access network as at the build completion date."

That excludes new developments, which seems fair enough, but also "a small proportion of premises defined as 'complex connections' – which includes properties that are difficult to access, culturally significant areas and heritage sites – where connection depends on factors outside of NBN Co's control such as permission from traditional owners, and where network construction to allow such premises to connect will be an ongoing activity of NBN Co beyond the build completion date."

This is where it gets sticky. As first noted by the Courier Mail prior to the release of the corporate report, there's a lot of premises that may have to wait some time to be connected in that "small proportion".

NBN Co puts the figure itself at around 100,000 premises. It notes in its corporate plan that it intends to have 12 million premises ready to connect by the end of the 2023 financial year.

That gives a figure more like 500,000 premises, although many of those may be genuinely new builds to be completed post June 2020. However, given it rolls those figures out to 2023, it's feasible that many of those 100,000 premises may be waiting up to 3 year to be connected to the "completed" NBN.

Not that NBN Co likes to be reminded that most people's idea of "complete" doesn't mesh with its own, including reporters who write about it pointing out the discrepancy.

NBN Co reps called me, called my editors, and called people they thought were my editors to complain about my story yesterday. Here are the facts. You decide. https://t.co/ckeDYSfQmy

Will the NBN get faster in the next three years? It depends on your connection type

Speed issues have been a source of tension between consumers on the NBN and the ISPs (internet service providers) the NBN is supplying. While NBN Co is resolute that it won't back down on its controversial CVC pricing to appease ISPs, NBN Co is looking into speed upgrades for customers – but not all of them.

As ITWire reports when questioned about FTTN upgrades (or the lack thereof) at the reveal of the corporate plan, NBN CEO Stephen Rue stated, "We expect 90% of FttN customers will reach speeds of 50 Mbps, and we guarantee 25 Mbps to all of them. Our priority now is to complete the rollout, which we are on target to do by June 2020. The best way to ensure we can invest in future the network will be to generate a strong cash flow."

That's not great news for the approximately 40% of the NBN footprint that has FTTN as its connection technology, especially as many of them struggle with existing bandwidth requirements. With no planned specific upgrades in the current NBN corporate plan, if you're on a FTTN connection, it's not likely to get much better for some time.