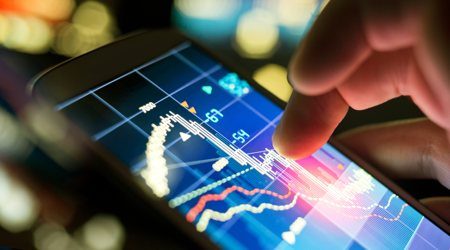 MVNOs Woolworths Mobile and ALDImobile have started the transition to 4G services thanks to changes at provider Telstra Wholesale.

In the MVNO (Mobile Virtual Network Operator) space, it’s long been the case that while Telstra’s got a great brand name, its presence was small, thanks to the deliberate choice by Telstra to only offer MVNO partners (excluding Boost) access to what it called "parts of Telstra’s 3G network". This meant a slightly smaller coverage footprint, most notable in parts of far north Queensland, but also a 3G only service. Boost was the exception to this rule, offering access to Telstra’s 4G network.

Telstra sells access to its network via the Telstra Wholesale part of its business, and it had signalled intentions to open up 4G access to its partners by the middle of 2016. That’s rapidly approaching, and so it’s no particular surprise that Telstra MVNOs such as Woolworths Mobile and ALDImobile are starting to talk up 4G access.

Specific details are thin from either provider, with Woolworths Mobile noting on its site that:

"Great news! Over the coming weeks we're rolling out 4G to all our customers who have a compatible device. You don't need to do anything - it will happen automatically! With 4G you'll get faster average data speeds in 4G coverage areas."

ALDImobile gives more of a timeframe, stating that

"We will soon be bringing 4G to all of our ALDImobile customers. ALDImobile brings more value to its customers as we upgrade all ALDImobile customers to 4G. We will be gradually migrating customers over the next 4 weeks so you may notice that your phone is able to pick up the 4G network if your handset is 4G capable. Please be patient whilst we complete the migration, we are not able to tell individual customers when their service will be migrated, but it should be completed by the end of April. Please note that you will need a 4G compatible handset (with 4G functionality turned on) to be able to access the 4G network."

Given that both MVNOs rely on Telstra's underlying networks, we can fairly safely presume that means that Woolworths Mobile will be 4G-enabled by the end of April as well.

So if you have a 4G-enabled device you could do worse than to enable 4G LTE now, as it will only connect when those services actually come online, although you’ll suffer a small power penalty for doing so.

Will this mean it’s the same coverage as Telstra?

Not quite. The jump from 3G to 4G is a big one in data speed terms, but what Telstra’s opening up is still only part of its overall network. There’s no access to Telstra’s faster "4GX" services, for a start, which means that speeds, while higher, are still capped lower than the potential of Telstra’s own-branded plans. The overall coverage map is still a little smaller as well.

As with any coverage figures, those resolve to where the Australian population is, and do not represent the entire Australian land mass.

How do I enable 4G on my phone?

If you’ve never tinkered with your phone settings and you know that your handset is 4G LTE enabled -- and pretty much any smartphone sold in the last three years should be -- the chances are decent that your phone is already primed to connect.

You can check this, however (or disable 4G if the extra speed but higher power draw doesn’t interest you) quite easily.