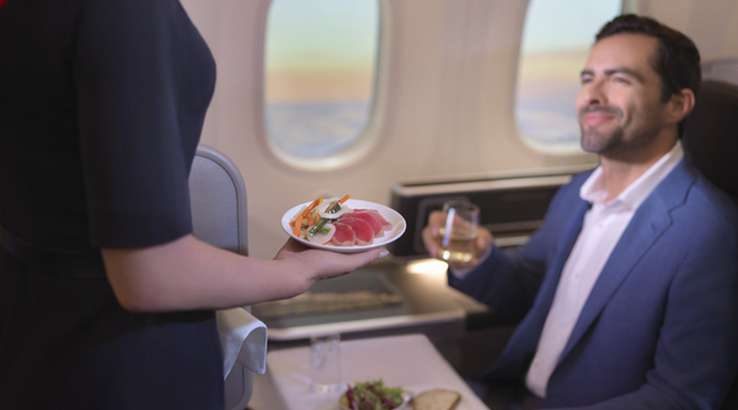 Yesterday, Qantas announced that it will be offering new "anti-jet-lag" food and beverages on its Perth-London direct Dreamliner services, which are scheduled to begin from this month. The menu, designed in conjunction with the Charles Perkins Centre at the University of Sydney, uses "scientific information that will help reduce the impact of jet lag on long haul flights". 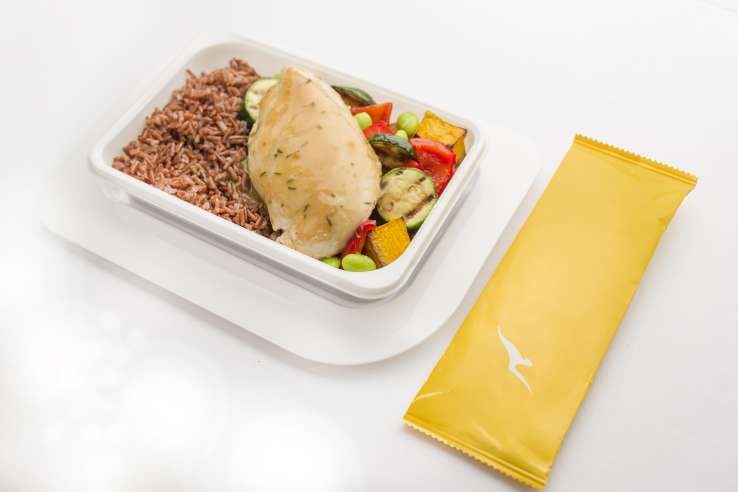 What does that mean in practice? Not all that much if you're flying in economy, frankly. The sample menu Qantas announced includes just a handful of options that are available in the functional end of the plane:

I'm definitely down with either of those mains, but fruit plates and hot chocolate aren't actually new choices on long-haul flights. Naturally, you get far more choices in business and premium economy, with sleep tisanes, tuna poke bowls, smoked salmon noodles and poached eggs among the offerings. (There's no first class on this service, but if there was, jet lag presumably wouldn't be an issue.) 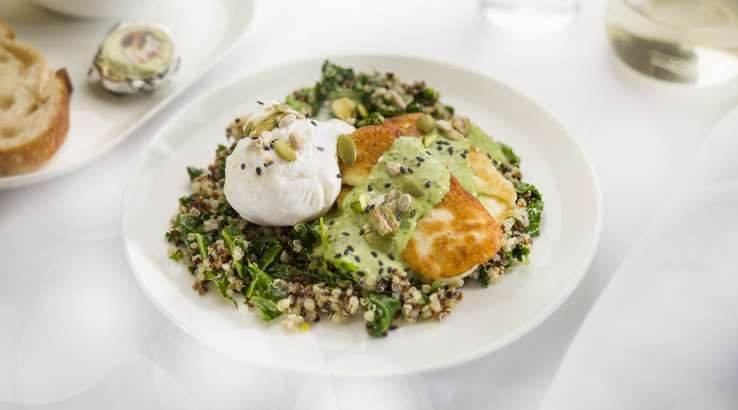 While there's no doubt that easing back on the alcohol and curry will score you a more restful flight, it's only a small part of the overall equation. From that perspective, Qantas' plans to conduct research on passengers taking the 17-hour journey between Perth and London are more interesting. Volunteer frequent flyers will be tracked with wearable technology to identify their sleep patterns and hydration levels.

Whatever you eat and whatever devices you wear, the single most effective strategy for beating jet lag is to align your sleep patterns to your destination as quickly as possible. How does that work out if you're doing the Perth to London leg?

QF9 departs Perth at 6:45pm Perth time and arrives at Heathrow at 5:05am the next day. That means you want to sleep as much as possible on the back half of the flight to align with the UK. The challenge is to stay awake as long as possible at the beginning. That's going to be trickier if you've flown in the from eastern states, since you'll already feel like it's nearly 9pm by the time you take off.

The return journey presents different challenges. It departs Heathrow at 11:55am, and arrives in Perth at 12:45pm. That means it will be easier to stay awake for the beginning part of the flight, but you'll need to make more of an effort to wake up well before you land to align with Perth time. If you're continuing back to Sydney or Melbourne, you really need to stay awake for that entire domestic leg.

I'm lucky: I can sleep on planes, even in economy, and by following these kinds of strategies I've largely been able to avoid jet lag. If you find sleeping on planes more challenging, picking the sleep-friendly menu items is definitely going to make sense.