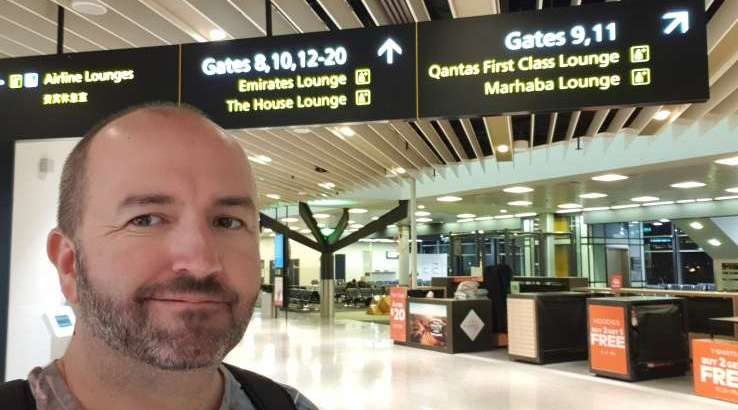 Qantas' First lounges in Sydney and Melbourne are rightly regarded as the best airline lounges in Australia, offering full restaurant service, spas, meeting rooms, great tarmac views and an air of luxury and calm. As a Platinum Qantas flyer, I can enjoy those lounges whenever I'm flying with Qantas and its partner airlines, but that does usually mean I have to be flying internationally.

There is one sneaky exception, however. Some of Jetstar's international services include a connecting leg from Sydney or Melbourne through the Gold Coast or Cairns. That means it's occasionally possible, for instance, to book a domestic Jetstar flight from Melbourne to the Gold Coast that departs from the international terminal. And departing from the international terminal means I can get into the First lounge. I decided I had to try that out for the Frequent Flyer Little Bucket List.

For the Frequent Flyer Little Bucket List project, I'm trying out frequent flyer experiences that don't require hundreds of thousands of points to book. Learn more and check out other stories from the project.

In the past, Qantas offered similar deals on international services, so you could book a seat from Sydney to Melbourne on the tail end of an incoming Qantas flight. That hasn't been an option in recent years, with route optimisations meaning Qantas doesn't feature those flights anymore.

There's no real predictable rhythm to these flights: it requires a little digging through the Jetstar schedule to discover them. But I'm nothing if not persistent. 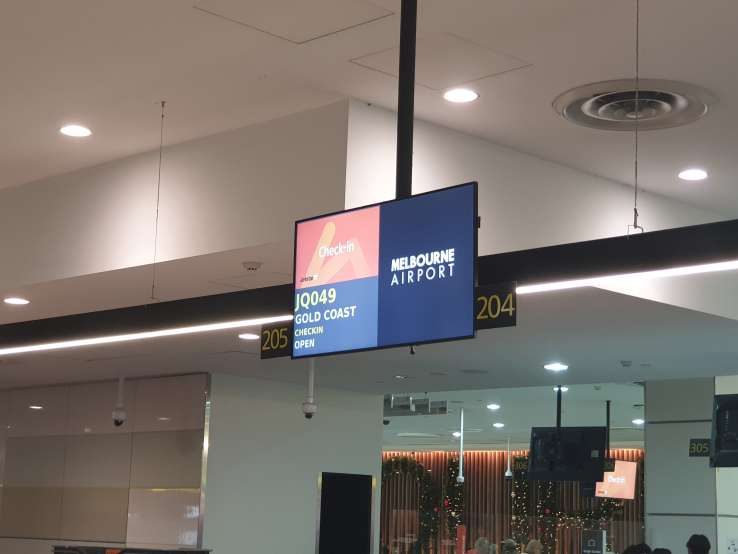 So on a Wednesday last December I rocked up to Melbourne Airport (at a stupidly early hour) with a booking to the Gold Coast on JQ49, which would then head on to Seoul, without me. Here's what happened.

When I booked, there was a Jetstar sale on, so I picked up the ticket for $60, which is pretty good going even without the lounge visit taken into consideration. If I'd used points, this flight would have needed just 9,600 Qantas Points (plus $29 in carrier charges). 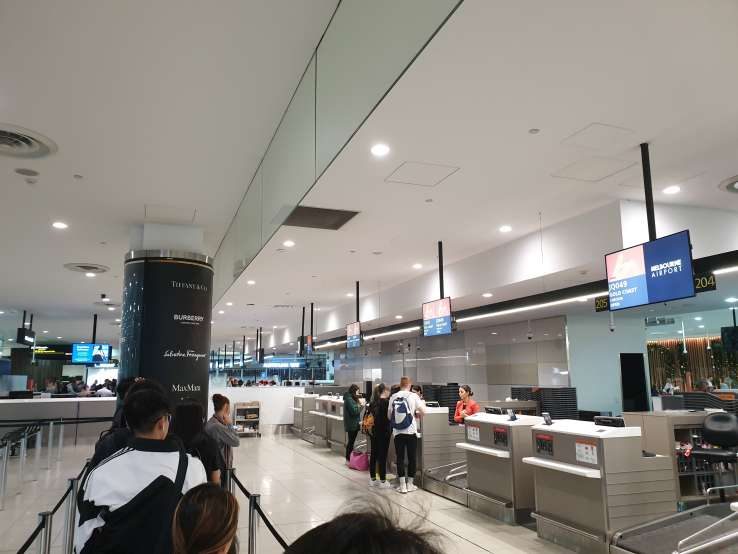 The biggest downside of flying domestically on an international service is that you have to queue a lot. You can't check in online, since the Jetstar staff have to check your ID. And then when you go through customs and immigration, you have to queue and get your boarding pass stamped. It isn't possible to use the faster SmartGate option, since that's only for actual international travellers.

I've stood in some long Jetstar international queues in the past, but the flight gods smiled on me this time, with just a handful of people checking in. Most of them are heading all the way to Seoul.

With my boarding pass issued, next up is the usual security scanning routine. And then I head to a separate queue for "domestic transit" passengers, to get an official stamp confirming I'm allowed through. 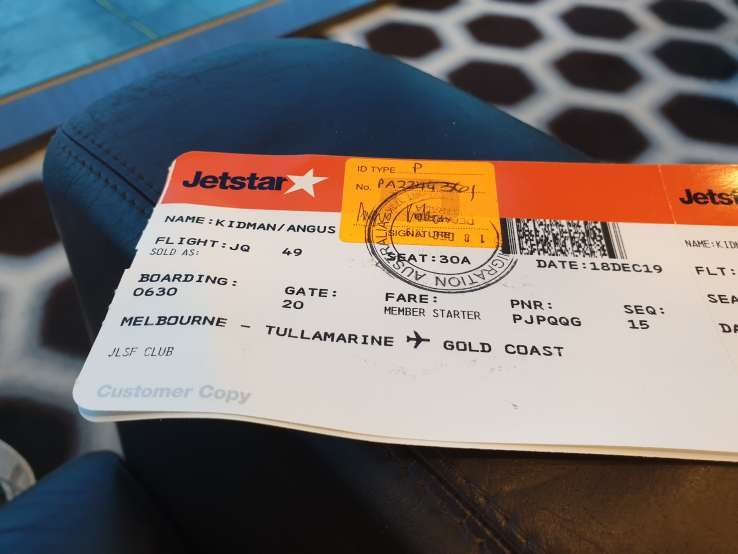 If I'd flown domestically, the boarding pass would be on my phone and the security check would have been my only queue. But the whole process has still only taken 20 minutes or so, and now I have the Qantas First lounge, tucked away privately up an escalator near Gate 9, to enjoy.

At 5am in the morning, I'm one of the very first people to check in. "We'll announce the flight when it's ready to board," the Qantas staffer assures me, something I sometimes wonder about with Jetstar flights.

The lounge experience: It's glorious 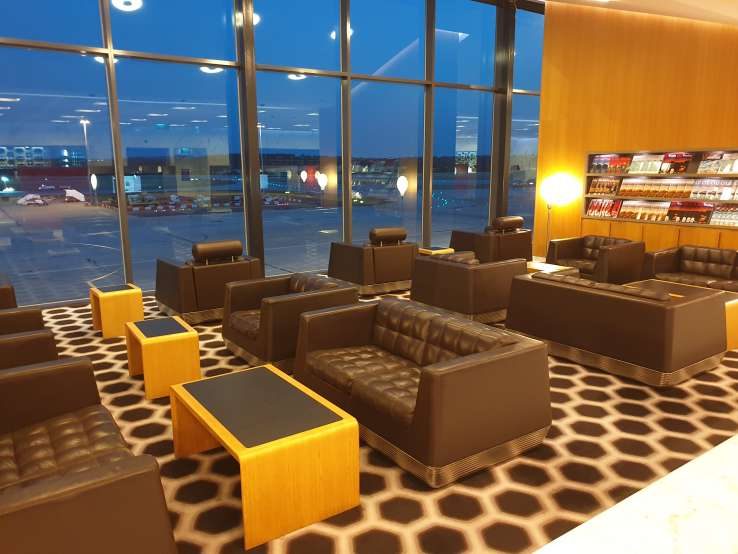 As usual, the first order of the lounge visit is breakfast. A coffee, poached eggs, sourdough toast, tomato and a hash brown and I'm in culinary heaven. 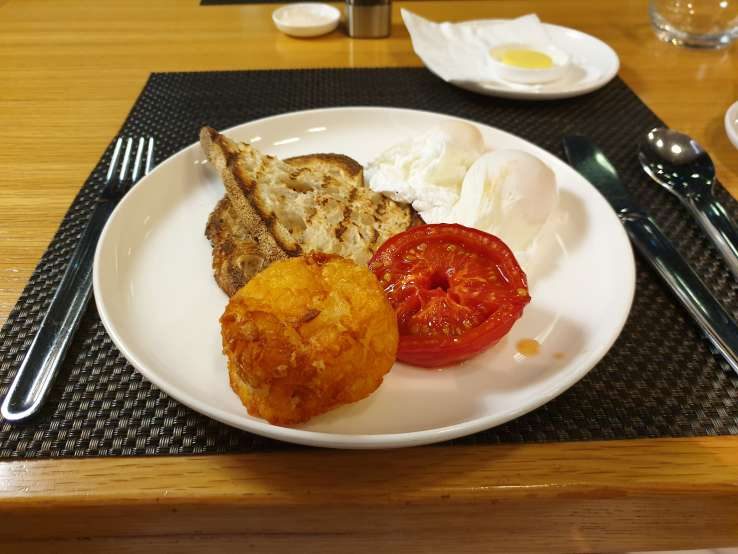 I am surprised by how uncrowded the lounge is. While the hero Qantas flights to the UK and US depart a little later in the day, there are services to Christchurch and Auckland and Queenstown and Dubai scheduled. However, there are very few passengers here. I've got my pick of seats to sit back and relax until the flight is called. 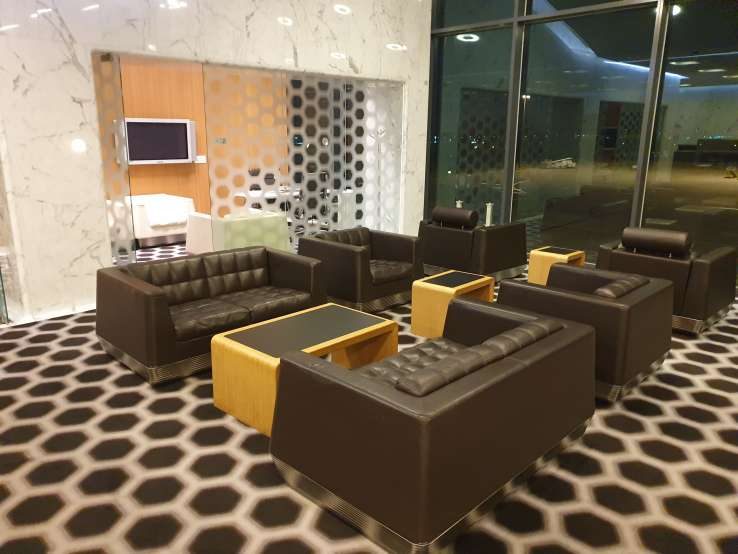 Because it's an international flight on a 787, the fit-out is nicer than a standard domestic Jetstar service. I'm not going to cough up for the in-flight entertainment though. 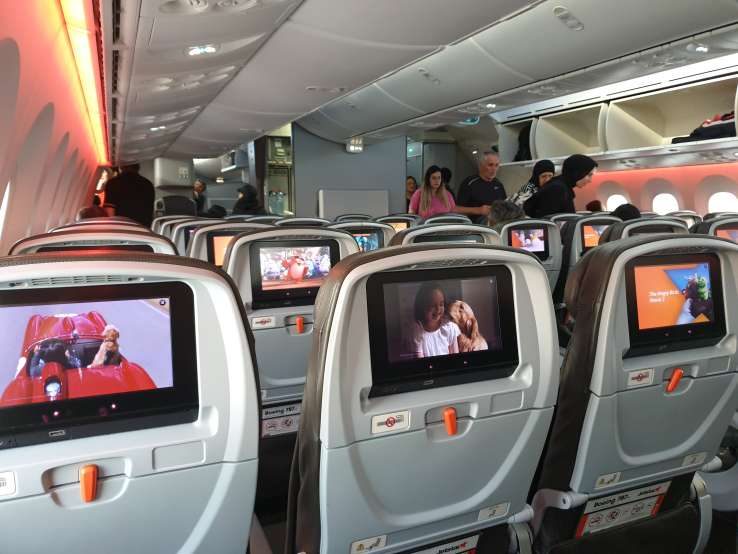 There's more queuing on arrival: everyone has to deplane and go through an immigration check, whether they're continuing on or (like) leaving the flight in Queensland. At the Gold Coast, there's no separate queue for domestic passengers, but the whole process still doesn't take much more than 15 minutes. 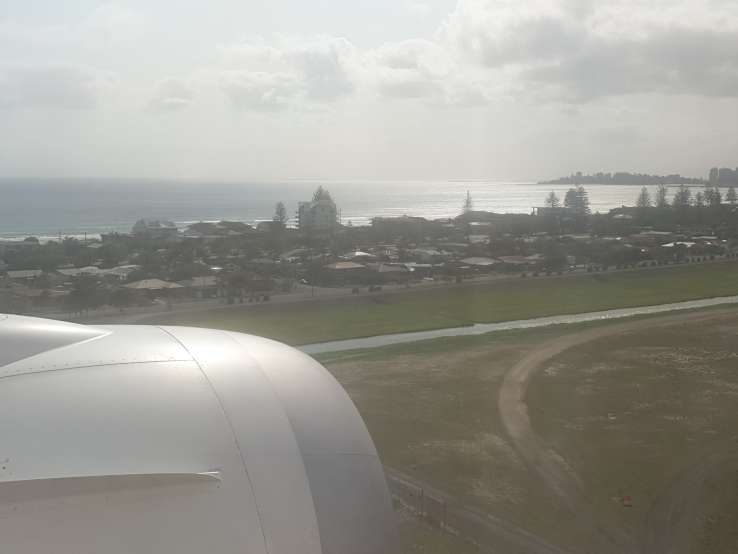 The verdict: Would I do it again?

I'll happily venture into the Qantas First Lounge whenever the option presents itself, and I do often travel to the Gold Coast for work. So if the timing works out right for a trip from Sydney or Melbourne, I'd definitely consider it. It's just a pity the flight was so early, since it would have looked undignified to hoe into a cheeky sauvignon blanc. Maybe on a Sunday though . . . 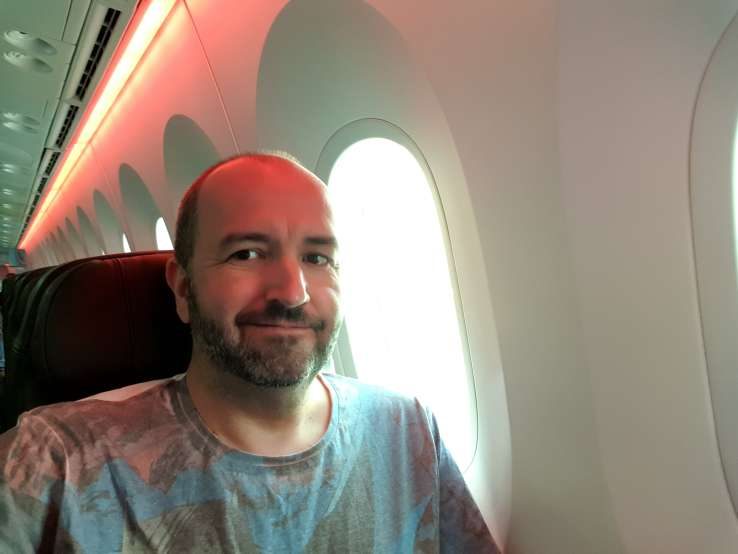