Telstra, Optus & more offer free data and calls for working from home: How much more do you get? 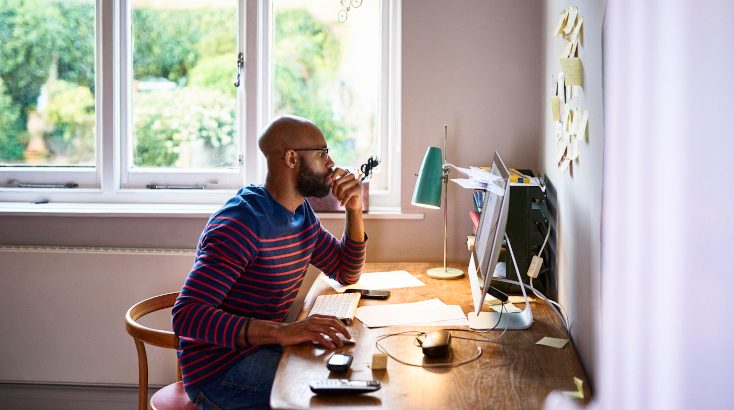 Major telco providers have announced bonus data and free services to help Australians work remotely and connect with their families during the coronavirus outbreak.

This page is being updated as more providers add bonus offers.

In response to the outbreak of COVID-19 caused by coronavirus, major mobile and Internet providers have stepped up to help out. It makes sense that with more people working from home, calling their families and videoconferencing, the demand for data will skyrocket. We'll break down the offers as the providers announce them.

To skip ahead to read only about the bonus data offers, click here.

Telstra's bonus offers for its mobile and broadband customers

If you're a Telstra customer, here's what they've offered:

You have up until March 31 to redeem your additional data on Telstra's prepaid and postpaid plans. Simply apply via the Telstra 24x7 and My Telstra apps.

Optus' bonus offers for its mobile and broadband customers

Optus were the first to announce bonus data offers in response to COVID-19. They're currently providing:

An extra 20GB of data could go a long way if you're working from home and need an extra boost for videoconferencing - that should give you enough for at least 20 hours of standard definition video calling, and around 10 hours at high-definition.

Vodafone has differentiated its bonus data offerings by including unrestricted access to official health information by free-rating the above websites. This means you can access these websites without getting charged for data on your plan. Also keep in mind that some of Vodafone's plans have "endless data", where users are speed limited instead of charged extra, and these bonuses won't apply to those plans.

Aussie Broadband, Superloop and Foxtel have all followed in Telstra's broadband footsteps by offering unmetered Internet plans for their customers. Aussie Broadband's NBN and ADSL plans which usually have limited data will now be unmetered from 6am-6pm, and customers on an NBN 12 plan can upgrade to an NBN 25 plan for free. All of Superloop's NBN and fixed wireless plans will be unmetered until April 30. Customers on Foxtel's older data capped ADSL and NBN plans will now have access to unlimited data.

For those who may be living in regional areas and have an NBN satellite connection, SkyMesh and Activ8me have announced weekly bonus data blocks to provide some relief during this time. From March 23, SkyMesh's Sky Muster satellite customers will receive an extra 10GB of data every week for three months, delivered each Monday. Similarly, Activ8me will be giving weekly 5GB data blocks to its customers for four weeks.

In addition to bonus data offers, some Internet providers have also reached out to provide extra help if you're going through financial hardship.

amaysim has stepped up to the plate and is offering its customers additional data until April 15. The amounts are as follows: an extra 10GB of data for customers on their $10 plan, 20GB for those on the $20 plan, and 30GB for $30 mobile plan customers. Those on plans that are $40 and above will receive unlimited mobile data.

Kogan is also giving its mobile customers an additional 3GB of data - customers on 90- and 365-day plans will have 30 days to use this bonus, while 30-day prepaid customers will get it with their next recharge before April 30. Kogan will also be following Vodafone's lead and giving their customers data-free access to the Federal Government Department of Health and state and territory health department websites.

With a large increase in users on the NBN during business hours, these bonus mobile data offers could help ease congestion on the network.

Circles.Life has taken a different approach and is offering their customers a free international calls add-on to their plans. You'll get 300 minutes to call 15 countries, including China, Indonesia, UK, USA, and New Zealand. To claim the add-on, simply click on the banner (which will appear from 1 April) in your Circles.Life app. While this isn't a bonus data offer, the offer could be essential for people to keep in touch with friends and family overseas.

From March 31, NBN Co will allow satellite NBN providers to increase data caps that they're offering to customers. While it's ultimately up to specific providers to decide how much extra data their customers will have access to, NBN Co has said that in some cases, monthly download limits could be doubled. This increase in data is for Sky Muster customers and will be in effect for three months.

Sky Muster Plus customers will see an expansion in unmetered content from April 1, with all traffic, excluding video streaming and traffic through a VPN, being unmetered. This means that online activities such as web browsing, email and operating system updates will be data-free for customers. Social media applications such as Skype and FaceTime, as well as video calling apps like Zoom, will also be unmetered which is incredibly handy for those working from home during this time.

A new entry-level Sky Muster Plus plan is also being introduced from April 1, giving users 25GB of on-peak data and 25Gb off-peak data, aimed to make NBN satellite services more accessible to households during this period. It should be noted that these on- and off-peak data limits are for video streaming and VPN use since the majority of your Internet usage will already be unmetered on Sky Muster Plus plans.

Here are the bonus data offers from all providers, broken down for comparison:

If you're worried that your Internet connection won't be up to the task of allowing you to work from home efficiently, you can check out the below table which shows NBN plans at Standard Plus and Premium speeds. Our broadband comparison algorithm ranks plans based on overall value, so the higher up the plan appears in the table, the better the value that we think it provides for you.

Start comparing Standard Plus and Premium speed NBN plans below

How to set up your employees to work remotely

Get your remote employees online, working and…

Podcast: How will the coronavirus pandemic affect our finances?

A straight-chat conversation about how the…

Should you switch to mobile broadband or stay on the NBN?

With everyone working from home, the stress…

Airlines, cruises and tours waive change and cancellation fees due to coronavirus [Updated]