I flew QantasLink to Port Moresby for 8,000 points just because 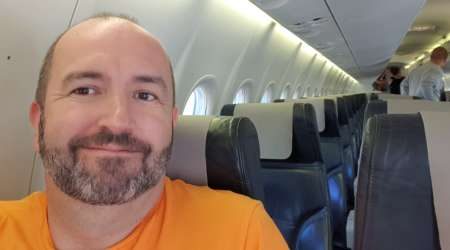 Adventures in frequent flying on QF191.

As soon as Qantas announced in late 2018 that it was resuming flights between Cairns and Port Moresby, I knew I would have to try the service out. Three reasons:

Papua New Guinea has never been on my travel bucket list; not least because it invariably scores a "high degree of caution" warning from Smart Traveller. "There is a persistent high level of crime, particularly in Port Moresby, Lae, Mt Hagen and other urban centres," the site notes. "Armed robberies, car-jackings and burglaries occur, often in locations frequented by Westerners." Oh dear. 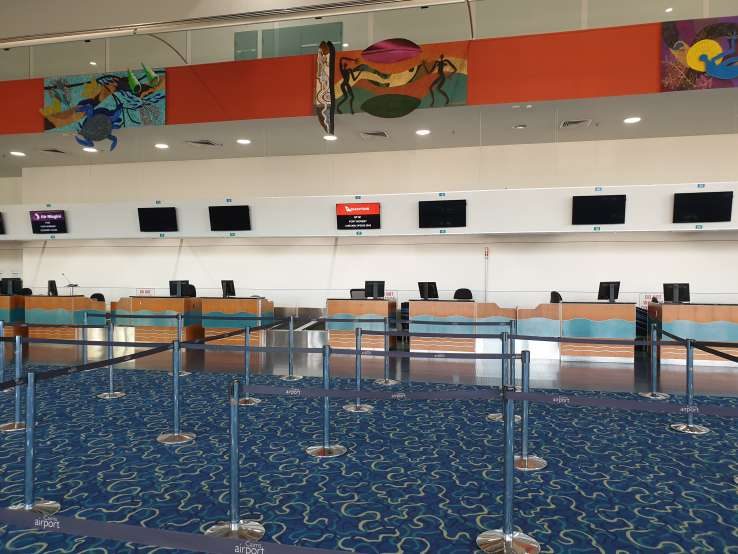 Decades of family brainwashing mean that I always have to get myself to the airport three hours before an international service. This turned out to be a bad idea, because QantasLink didn't plan on boarding anyone until at least 9:45. So I settled in to wait. 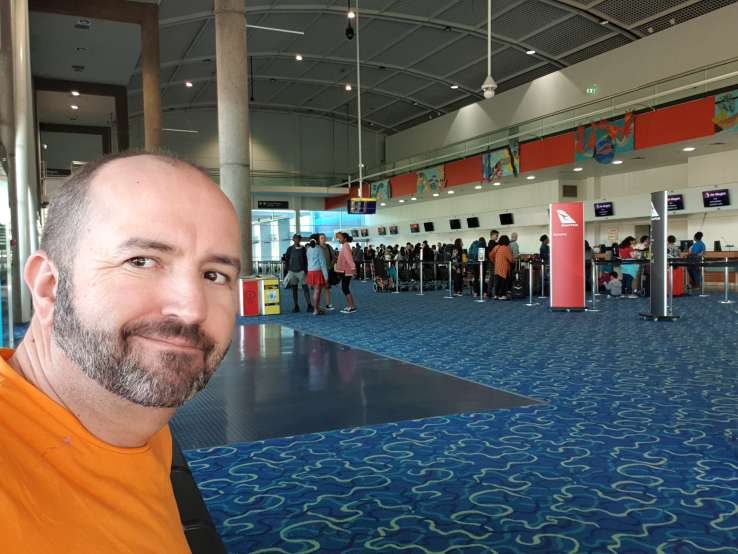 It was only when I finally went to check in that I noticed the display for the flight said "Port Moreby", rather than Port Moresby. Oh dear. I was offered an exit row seat, which I happily accepted, since that's the closest to Business you'll get on a Dash 8. The reason why I was offered it became clear later. 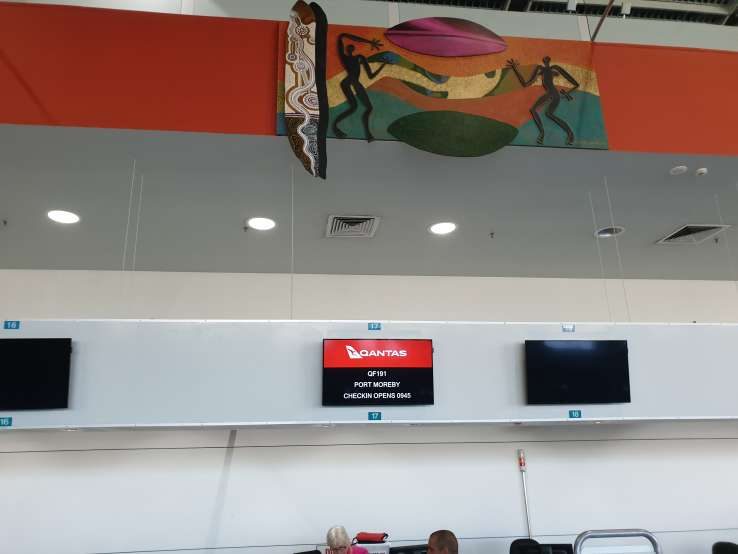 Qantas doesn't run its own lounge at Cairns, which is no surprise, since Jetstar is the main player for Qantas-connected international flights. Fortunately, I had access to the Reef Lounge, which is run by Cathay Pacific and available to Priority Pass members. 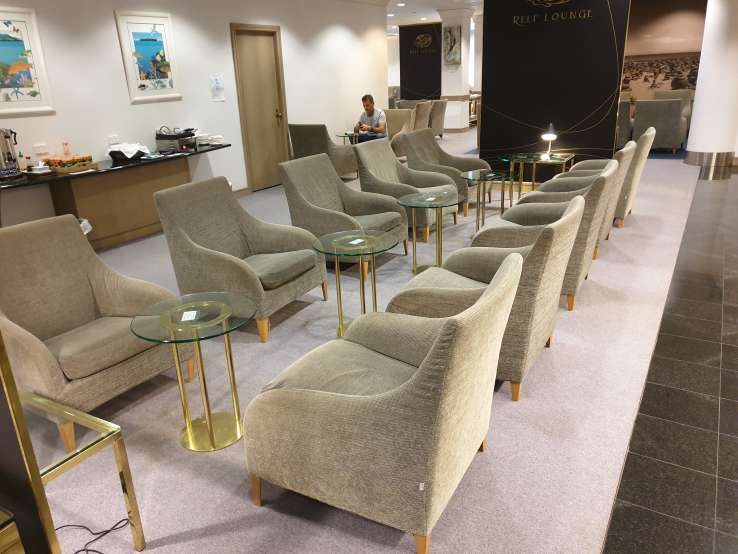 Not for long, it turns out; the whole shebang is closing on 1 August, a victim of Cathay's decision to dump its Cairns to Hong Kong service. 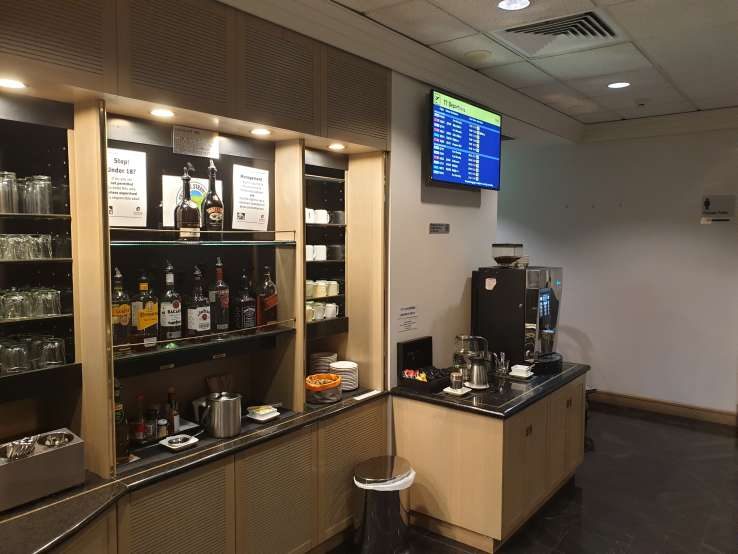 The lounge was small but pleasant, with plenty of seating and a separate business centre for working in. As befits an international lounge, it also offers booze whenever open. I decided a glass of red would not go amiss, accompanied by a toasted sandwich. 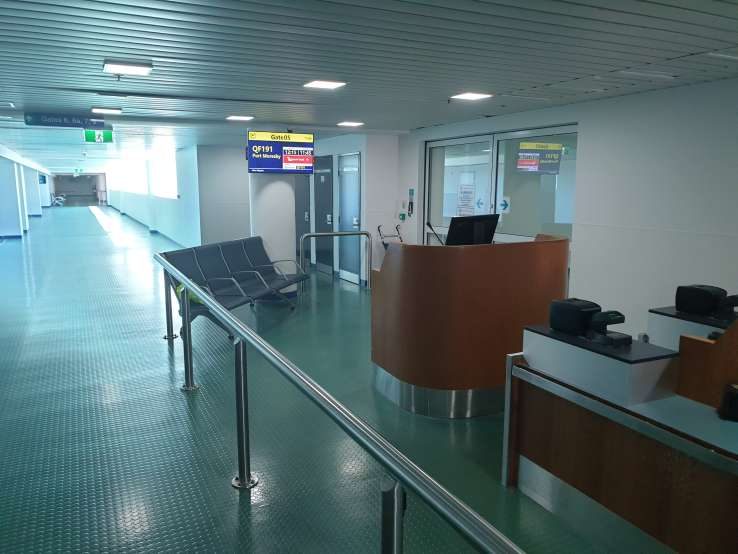 At boarding time, I headed to the gate, where it quickly became evident we weren't going to be on a packed flight. The Dash 8-400 used for the service can seat 74, but we ended up with just 16 passengers in total. No wonder the exit row was on offer. 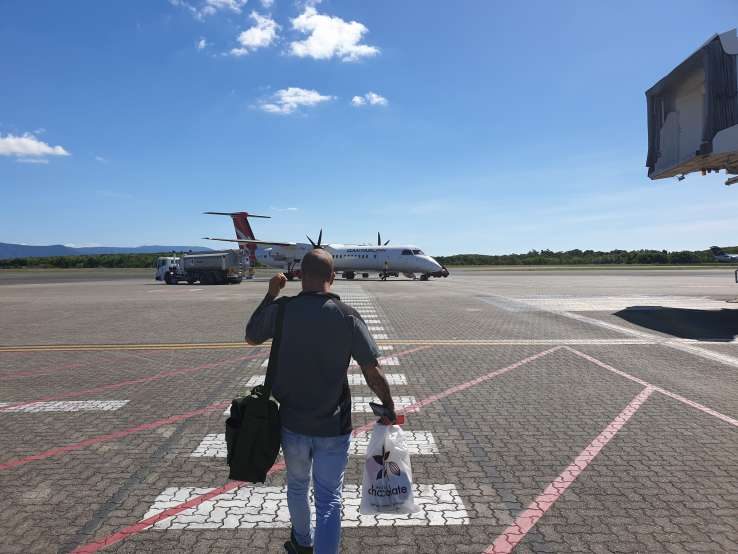 A smaller aircraft means no airbridge, so we braved the Cairns winter (ha!) to step out to the plane.

QF191: The flight itself 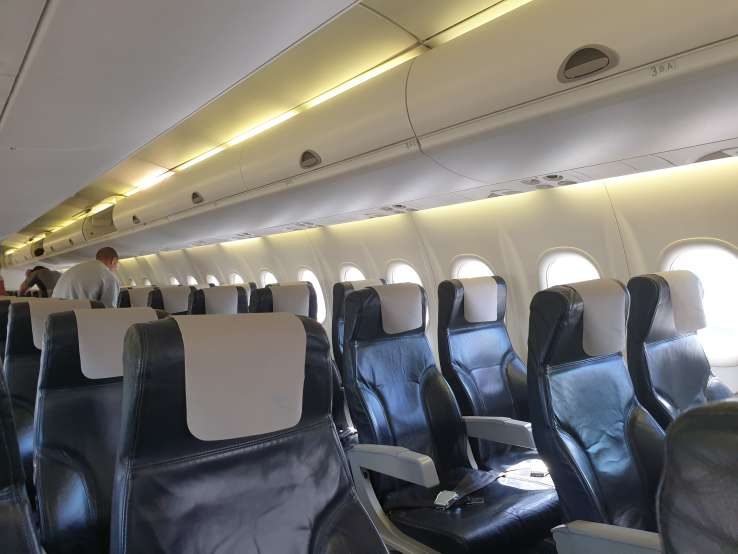 The plane really was spectacularly empty. There was no-one next to me, and no-one in any of the five rows behind me, on either side.

I can't imagine Qantas will continue the service for long if this is what the loadings are. That said, Friday is a fairly unlikely day for workers to be heading to PNG; perhaps the Sunday and Monday services are a lot busier. 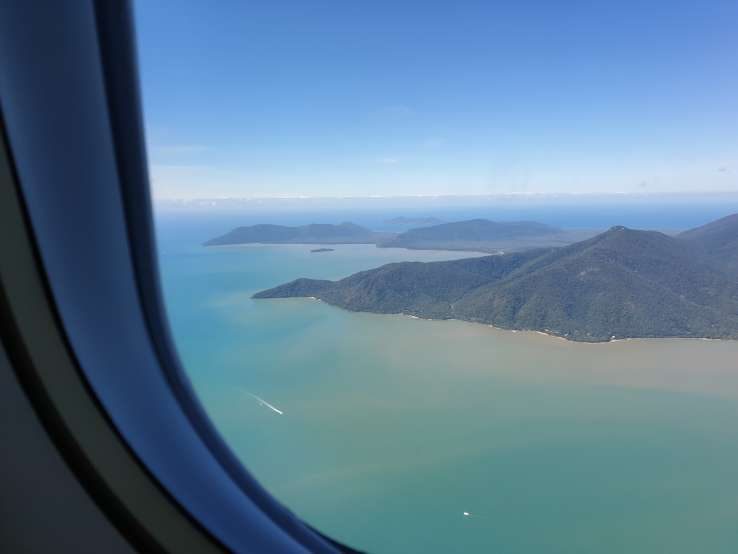 With so few passengers, we easily took off on time, with sweeping views of the Cairns coastline as we took off. 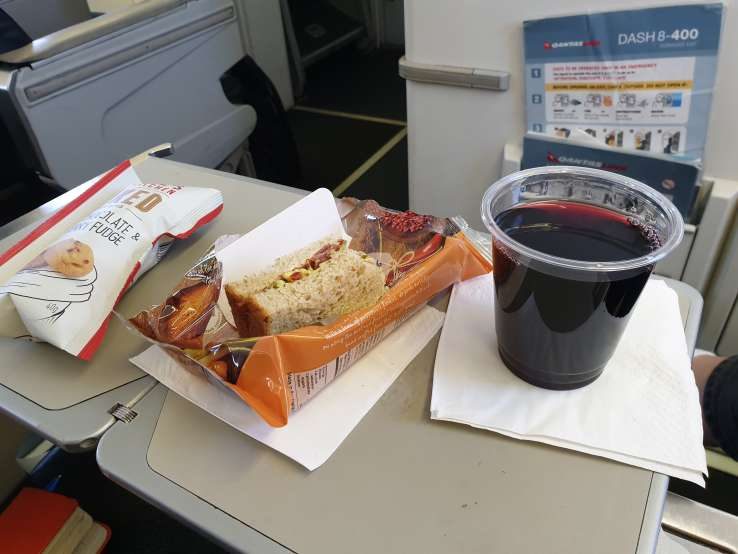 An upside of being on a ghost plane was that the service was fast and super-attentive. Lunch consisted of a sandwich and a packet of sweet biscuits, very much what I expected, accompanied by my choice of alcoholic beverage. I stuck with the red, and got two top-ups during the course of the flight. 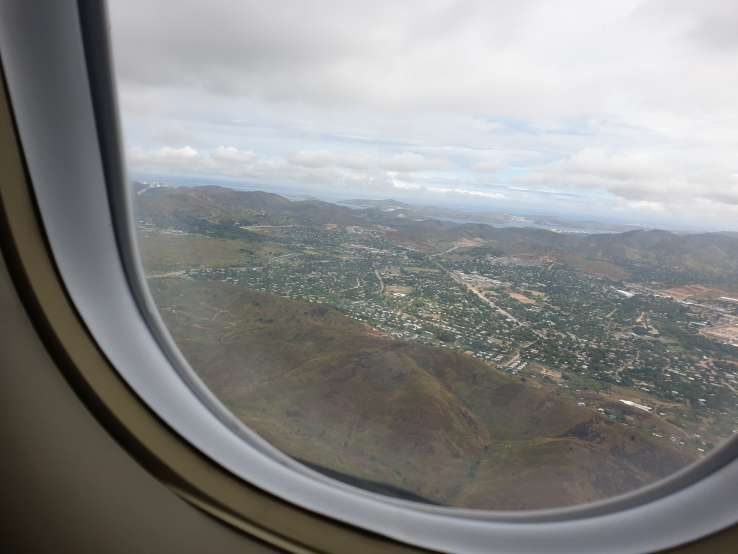 I'd barely had time to down the third glass before we began our descent. I'd originally planned to fly back to Sydney the same day, but a change in the flight schedule meant I had to spend the night in Papua New Guinea, a mixed experience which culminated in the indignity of the hotel restaurant running out of crocodile burgers. But that's another story and shall be told another time.

Was it a good use of my Qantas Points?

When the service first launched, Qantas was offering one-way tickets for $282. The regular pricing is around $402. Booking with Qantas Points means you're not paying $400 or more, but you'll still be hit with $152 in carrier charges. However, taking that into account, I got an effective value of $31.25 for every 1,000 Qantas Points I spent. That's still well within the Points Finder target of getting at least $20 in value for every 1,000 points.

Because it's a QantasLink service, there's no Business Class option. However, there's plenty of availability; I could find seats on any date I checked. I really do wonder how much longer the flight will be offered, given the low occupancy when I flew, but if you're tempted, it won't be hard to line up a seat. 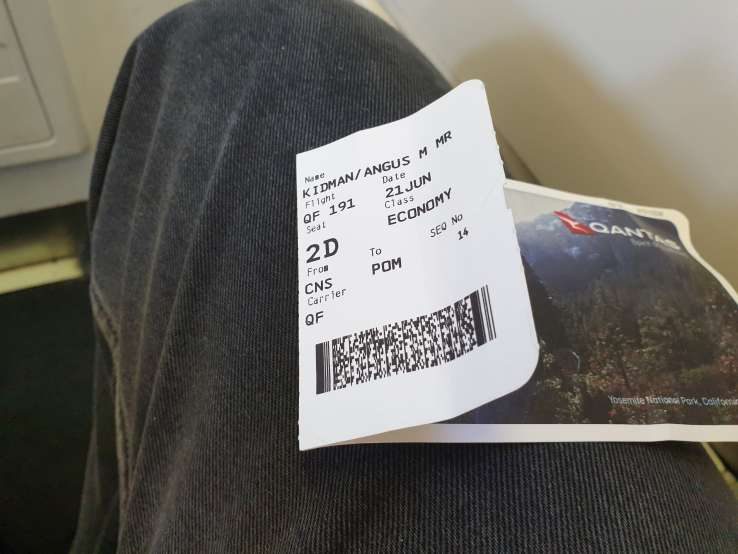