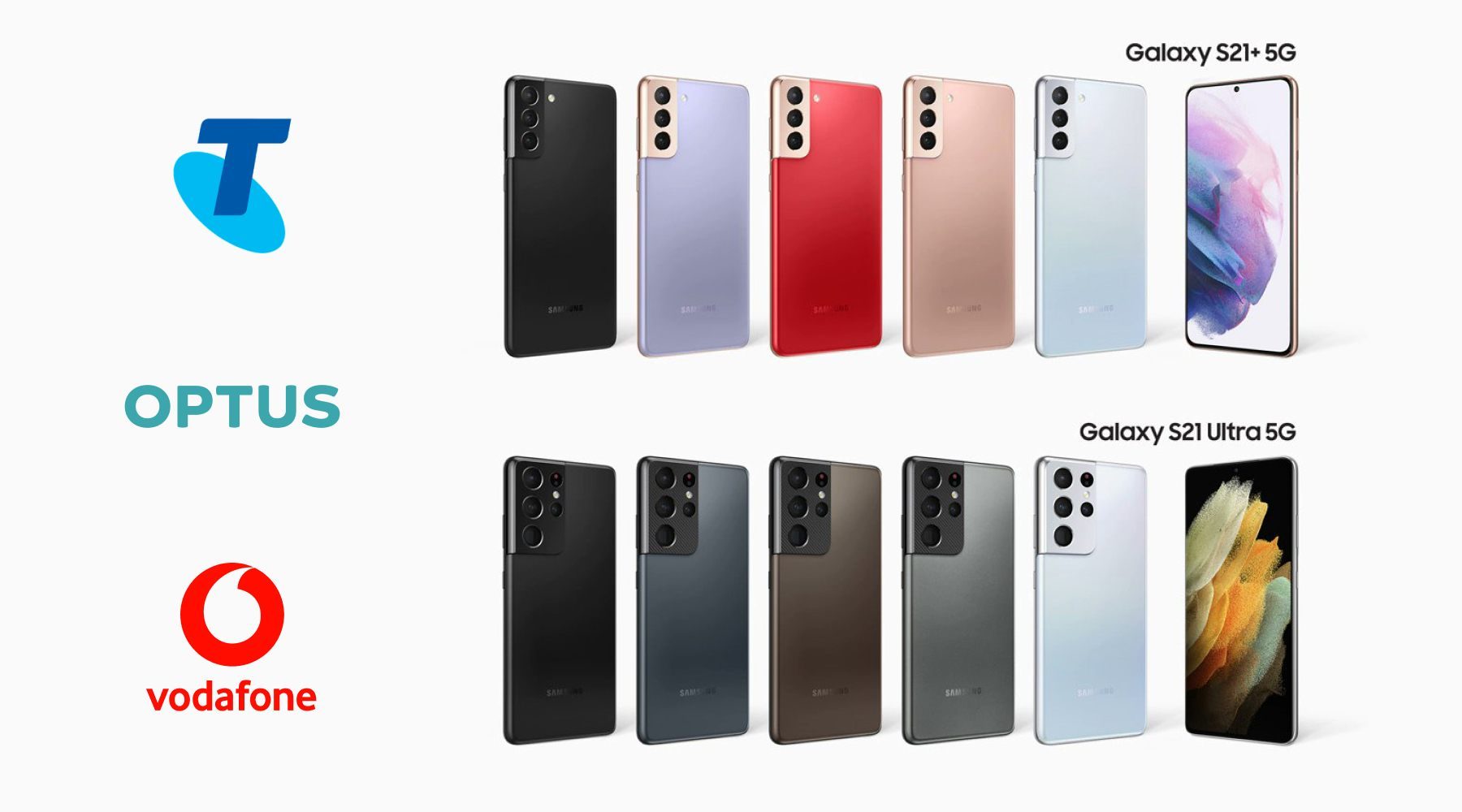 You can get the new Samsung Galaxy S21 for under $70/month. Pre-order now through Telstra, Vodafone and Optus.

At its Galaxy Unpacked event held virtually overnight, Samsung formally announced the Galaxy S21 series of phones. There are three models to pick from, including the premium Galaxy S21 Ultra 5G, the mid-range Galaxy S21+ and the smaller Galaxy S21.

The Galaxy S21 is an interesting device, if only because Samsung has cut the outright price for this year's flagship phone. Its predecessor, the S20, launched here in Australia last year and it cost $1,399 outright for the base model. The base model of the Galaxy S21 retails at just $1,249 outright.

However, for many Australians who might want Samsung's new pocket-friendly 6.2-inch handset, that might still be a bit much to lay out all at once. That's where phone plans can help out by spreading that cost out over a couple of years. The network telcos – Telstra, Optus and Vodafone – have all now announced their pre-order plan offers. So whose plan offers the best value?

Pre-orders start today, and close just before the S21 goes on sale in Australia on 29 January 2021. To entice consumers, Samsung is offering free Galaxy Buds Live headphones to early Galaxy S21 or S21+ buyers. If you do opt for the Galaxy S21 Ultra 5G, you'll get the newer and pricier Galaxy Buds Pro instead.

That's a decent freebie, and a more important one than in years gone past, because none of the Galaxy S21 phones ship with bundled headphones of any type, after Samsung followed Apple's trend there. However, you'll score these headphones for free if you pre-order with Telstra, Optus or Vodafone.

Vodafone nabs the crown for the cheapest overall plan on outright terms, although there are some interesting quirks to its rival's plans.

Telstra is technically selling you the Galaxy S21 for the cheapest price over that 24-month term, and it has more data on its plan than Optus too. However, it's the only plan in this comparison that does not include 5G access as part of its package. Everyone is doing "unlimited" data on their plans, but again Vodafone is just a teensy bit more generous with a 2Mbps base speed compared to the 1.5Mbps speed on Optus or Telstra.

What if you don't want endless slow data, but instead a decent chunk of full speed 5G data? Let's have a look at some high data inclusion plans from each telco.

Vodafone has still got the pricing edge here, and it also benefits from boosting the endless data speed on its higher tier plans if you do manage to chew through your 200GB of data. That being said, this is also the same level where Telstra is offering a serious price cut on its Extra Large plan for Galaxy S21 buyers. Take up any Galaxy S21 device on the Telstra Extra Large Plan, and it'll cut the price down for the first 12 months to just $65 per month. That price can also vary if Telstra changes its plan pricing lower after 12 months, too.

Both Telstra and Vodafone are offering a "trade-in" bonus for Galaxy S21 buyers. Telstra's offer tops out at $600, while Vodafone will offer up to $660. That's going to depend on the device you offer as a trade-in, as well as eligibility criteria. The bonus is as a credit on your phone plan, not money in your pocket, so it's well worth considering the actual value of your existing phone and your happiness to stick with those telcos before taking up that deal.

There was a time when pricier plans were sold to customers with the added hook of dropping actual handset repayments as an enticement, but for the past couple of years, all of the major telcos have switched over to flexible repayment terms – typically 12, 24 or 36 months – with actual plan pricing and contracts effectively separated from that pricing. In other words, they're no longer subsidising the cost of a handset.

What you do get is a degree of flexibility in terms of plans. While you're on the hook for your phone handset repayment terms, unless you want to pay out that contract in full, you can more easily switch to a different plan from that telco at the end of each contract month. After your 12-, 24- or 36-month term, the handset is yours and you can stay with that provider or switch without any additional fees to pay.

So what does that mean for the actual real-world cost of a Galaxy S21 over that 24-month term we've used for comparative purposes? Let's take a look.

From an affordability month-to-month basis, there can be good reasons to sign up to a plan with a telco for a phone – but as you can see, you're not particularly saving a huge sum by doing so on the handset itself.

We're currently gathering all the plan pricing and features available for the Samsung Galaxy S21, S21 Ultra and S21+ handsets and will continue to update the table below with the latest offers.