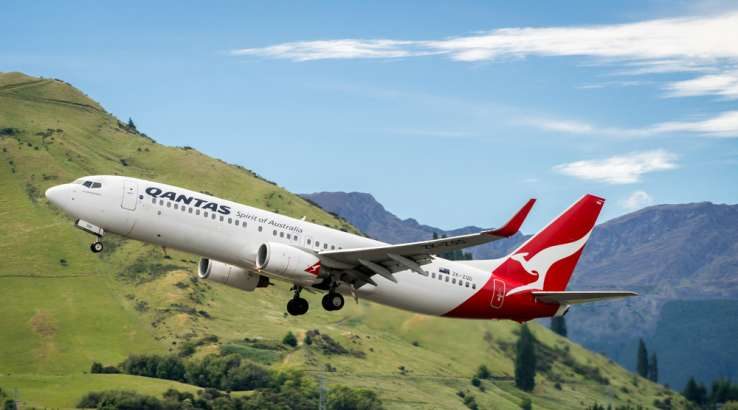 A passenger survey suggests that Qantas might drop its "all-inclusive" approach to better compete with rivals on price.

Qantas is considering a plan that might see it charge separately for meals, checked baggage, seat selection, in-flight entertainment drinks and other extras.

A survey sent to its regular customers floats the possibility of introducing a "pay as you use" approach on flights between Australia and New Zealand.

"We would like to understand your initial reaction to the idea of 'pay as you use' on these routes, and by 'pay as you use' we mean the ability to purchase a base fare, then add on items such as baggage, food & beverage, in-flight entertainment, seat choice for additional cost - only as you require them," the survey, sent to members of Qantas's Customer Advisory Panel, says.

That would represent a major shift for Qantas, which has long promoted itself as a "full-service" airline where meals and baggage are included. Indeed that's a key differentiator between Qantas and Jetstar, the discount airline which Qantas launched in 2003.

It could also potentially mean major changes for customers seeking to earn points for flights through the Qantas Frequent Flyer program.

What Qantas is planning

The survey specifies that Qantas is only considering the impact of this change for flights between Australia and New Zealand. That's not surprising, as this route is about to get much more competitive.

A previous codeshare and cooperation agreement between Air New Zealand and Virgin Australia, Qantas's two biggest rivals on the trans-Tasman route, is coming to an end in October. Both Virgin and Air New Zealand have announced an increased range of flights as a result.

Tellingly, both airlines already adopt the "pay as you use" approach for economy passengers, with a basic fare not including any checked baggage or meals. That means both can potentially charge lower fares. While Jetstar also flies to New Zealand, the fact the survey has been sent suggests that Qantas is concerned it will lose market share to its cheaper rivals.

As part of the survey, Qantas asks passengers to rank the following range of options that it could introduce in a "pay as you use" model for economy passengers:

What will this mean for Qantas Points?

One question asks customers for the top three reasons why they would choose a given airline and notes "loyalty membership/rewards" as one selection. I selected this option when I did the survey, and I'd imagine this would be a popular choice among higher-tier Qantas frequent flyers.

The fact that Qantas has sent the survey doesn't mean the change will happen. "We regularly conduct surveys with our Advisory Panel, asking for their feedback on a range of ideas and topics," a Qantas spokesperson told Points Finder. "We are always looking at ways to improve the customer experience, however have no plans to introduce this at this stage."

Even if it does progress, so far the idea is only being floated for flights to New Zealand, not for longer-haul international routes or for domestic flights.

That said, many of Qantas's flag carrier counterparts have already gone down this route. American Airlines and British Airways, which like Qantas are members of the oneworld alliance, already offer these kinds of basic economy fares. Qantas is seeking to enhance its partnership with American Airlines, and it might align itself to this kind of fare structure as a result of that agreement. I'll be watching closely to see what happens next.

The fact that Qantas is considering a "pay as you use" model highlights how competitive the local flight market is. Whether its existing (and vocal) frequent flyer audience would be happy with such a change if it happens remains to be seen.