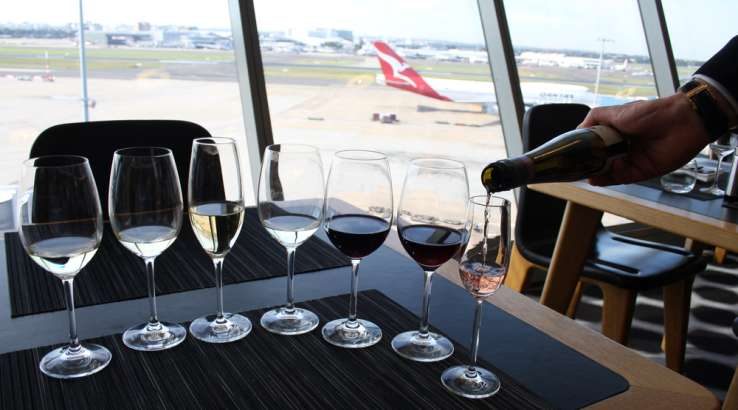 Upgrades using Qantas points on AA services are also on the cards.

Yesterday, Qantas and American Airlines unveiled details of a planned joint business arrangement that would see the two airlines cooperate more closely. The joint venture was in fact planned back in 2015 but ran into a hurdle when it was provisionally denied approval by the US Department of Transportation (DOT) because of competitive concerns (the rejection is known as an order to show cause or OSC).

Most of the 238-page submission made by the two airlines to the DOT in response to the OSC argues that it's not fair for Qantas and AA to be banned from cooperating when there are already similar arrangements in place for AA's two main American rivals on the Australia-US corridor, United and Delta. That's what you'd expect in a regulatory document.

However, the submission does offer a handful of details on how the two airlines might offer better services for Qantas frequent flyers if the venture is approved. "American and Qantas under the Proposed JBA will create a more generous frequent-flyer proposition for passengers who fly on the combined network," it notes.

The main example it provides draws on American Airline's existing joint venture with British Airways (which, like AA and Qantas, is part of the oneworld alliance). Two are singled out: the ability to upgrade using your points on either airline and the possibility of "meet and greet" services for frequent fliers in very high tiers.

It's likely you'll need to be in Platinum or above to take advantage of any meet or greet options, but the prospect of being able to use Qantas points to upgrade on an AA flight could be appealing. The main constraint there is that AA generally only offers two classes on most domestic services: first, which is similar to Qantas business, and economy. There's only generally a handful of first seats and priority will usually go to higher-tier fliers. But it would be unarguably better to have the option than to have no choice at all.

The plan also serves as a reminder that while airlines which form part of an alliance will offer benefits to members of all airlines within that allowance, they'll generally try to get away with the bare minimum. If you're a Qantas frequent flyer flying on another oneworld airline like British Airways, for instance, you will get lounge access and you will earn points, but at a much lower rate than if you flew on Qantas itself.

The submission spells out very clearly that extra benefits above agreed minimums will only be offered if the airlines have a more formal business arrangement (which includes sharing revenue on codeshare flights). "In anticipation of the Proposed JBA (joint business agreement), Qantas and American had harmonized and improved frequent flyer benefits across American and Qantas flights," the submission notes. "However, following the OSC, these benefits were significantly reduced to be in line with the benefits provided as part of the oneworld marketing alliance."

In practical terms, that means it's now harder to earn points on an AA flight if you're a Qantas frequent flyer, and vice versa:

Since the OSC, American and Qantas have significantly reduced (from three fare classes to just one fare class) the number of fare classes that offer full mileage accrual (i.e., one mile for every mile flown) across American and Qantas operated flights, and in general mileage accrual has been reduced across the board. These reductions have had real effects on redemption: American passenger frequent flyer redemption on Qantas' long haul flights has declined by 40% in the past year, with hundreds of millions of miles of frequent flyer benefits lost to consumers.

Regulators often move slowly, so it may be months before we see if this revised proposal gets the thumbs up. As a regular Qantas flyer, I'd definitely be keen to earn more points when flying stateside, so I'll be watching closely to see what emerges.