Optus buying amaysim – what does this mean for customers? 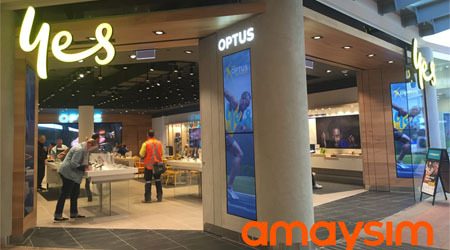 Australia's biggest MVNO will shortly be owned entirely by Optus, but what does this mean if you're an amaysim customer or want to sign up to its plans?

Over the years we've seen countless Mobile Virtual Network Operators (MVNOs – the telcos that piggyback onto the networks of Australia's big three providers) come and go, but amaysim has been a constant in the independent telco space. As a result of its high value plans and indeed its longevity, it's carved itself out a niche as the nation's biggest independent MVNO. But today it's announced plans to effectively sell off its mobile business to Optus for $250 million before winding the business up.

That deal has to go to a shareholder vote, because amaysim is an ASX-listed company. Although if its plans do go ahead, it also plans to delist and wind up all business affairs by June 2021.

What will that mean for my existing amaysim plans?

At this stage we don't entirely know, and it's unlikely that Optus will reveal much detail about its plans for the brand until it's absolutely finalised; it's feasible that another bidder could come along and offer a better deal to amaysim, for example. The amaysim board has indicated that there are no regulatory hurdles in the way of the deal and it recommends that it goes forward with it, but we'll have to wait and see.

For its part, amidst also announcing that it will launch another MVNO brand, Gomo, into the local market, Optus has simply released a statement attributed to its CEO Kelly Bayer Rosmarin saying that

Optus will keep the amaysim brand intact and this deal will provide the certainty and backing amaysim needs to power ahead and accelerate its growth in the MVNO segment.

One factor that you should keep in mind is that the vast majority of amaysim's plans are operated on a prepaid, 28-day expiry basis, so Optus could move fairly quickly to change the details on those plans.

Put simply, the contract between you and amaysim for those plans only extends for 28 days, at which time the company could change its terms, or you could walk away. That's the nature of any prepaid deal, after all.

If you're signed up to one of amaysim's long expiry prepaid plans, those come with either 6- or 12-month expiry periods. Because they're prepaid, amaysim (and its presumed soon-to-be corporate parent Optus) would have an obligation to provide that service for the contract term at a minimum. Realistically it's not going to want to lose customers in the highly competitive MVNO space, but you should be assured of service for at least the length of your contract term.

Why would Optus want amaysim?

Put simply, to compete further in the MVNO space in a way that its network rivals Telstra and Vodafone already do. Telstra has had its budget sub-brand Belong Mobile in market for quite some time now. And while up until recently Vodafone wasn't terribly active in the MVNO space aside from Kogan Mobile, its recent merger into the TPG group brings with it a whole host of sub-brands such as iiNet and Internode.

Optus was easily the network with the most MVNO partners, but they were comprised entirely of independent companies such as Circles.life, Moose Mobile and, of course, amaysim. Putting amaysim under the Optus corporate umbrella gives the company a foothold in that direct MVNO space making it a direct competitor to Telstra and Vodafone's budget brands.

How do Optus and amaysim compare for prepaid value?

At the time of writing, there are some substantial differences between Optus' own prepaid deals and amaysim's offerings. Optus has a variety of prepaid products in market, but if we look at plans with a $40 recharge, there are some key differences. Optus offers less data at that rate – 45GB to amaysim's 65GB – but allows for data rollover if you don't use it all as long as you do recharge. For its value proposition beyond data, amaysim also bundles in unlimited international talk and text to 28 countries and 300 calling minutes to a further set of 14 countries, while Optus offers unlimited calls to only 15 destinations.

It seems fairly likely that Optus would continue to position itself as a "premium" brand in the prepaid space, still offering postpaid plans, mobile phones, broadband and services such as Optus Sport, while amaysim may be positioned in more of a "value" space. One big differentiator here that Optus could leverage, but doesn't yet, is 5G access. So far no Australian telco with a 5G network has made it available to any prepaid customers, but it could become part of Optus' ongoing MVNO strategy, as it's appearing to do with its new Gomo brand.

Looking for a better deal? Compare 300+ mobile plans with our Mobile Plan Finder™.