How fast will your NBN connection be? 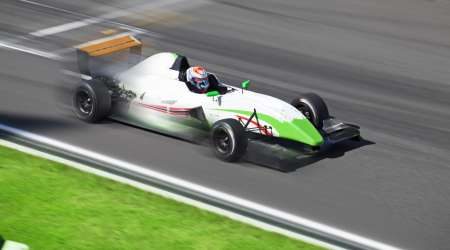 It's not just a function of how much you're willing to pay.

Broadband geeks (and sure, I'm one) can debate deployment details for decades. For the average punter, there are three simple questions they want to know about the National Broadband Network (NBN): (1) when will it get to my place? (2) how fast will it be? (3) how much will I have to pay each month?

The basic answer to question (1) is "some time before 2020, assuming there isn't another major stuff-up". Right now the NBN project is in fact slightly ahead of schedule, so let's imagine it will go OK. For more detail, you can check on finder's NBN Tracker, which will tell you more precisely when you're due, based on the announced rollout schedule.

Note that if your location isn't due for construction in the next 12 months, you won't get a lot of detail. When I look up my own address, I learn that while I'm due for the NBN to arrive at some point in the next three years, no specific date has been set for my street yet. Them's the breaks.

Question (2), how fast the connection will be, is a little more complex. The official goal for the NBN is that all Australians on a fixed line connection will have access to a minimum download speed of 25Mbps (with a "proportionate upload speed"), and that 90% will have access to 50Mbps or more. Those figures were higher back when the NBN was going to be an all-fibre deal for fixed line connections, but we operate in a multi-technology mix world these days, and we have to live with that.

Who will get potential connections at 1Gbps or more? The 20%-odd of households lucky enough to have fibre-to-the-premises (FTTP), plus some undetermined percentage of fibre-to-the-node (FTTN) and HFC customers who have decent new copper in their neighbourhoods. If you're on fixed wireless, you'll max out at 50Mbps, and if you're on the satellite Sky Muster service, your top potential speed is 25Mbps (and you're still probably grateful for it, compared to previous options).

Until last week, you could fairly safely assume that if your neighbourhood had existing pay TV cabling, that would be the source of your connection, and you'd end up with an HFC (hybrid fibre-coaxial) connection. That's less clear now, as it turns out that deploying HFC actually isn't any cheaper than building an FTTP link. As a result, somewhere around a million households which previously were going to be connected by HFC will now be connected by FTTP instead. (My own house falls into this twilight zone of undetermined deployment.)

About the only clear indicator of whether you'll be HFC or FTTP might be who built the cable originally. Reportedly, the former Optus HFC network is in poorer condition than Telstra's, so you might cynically assume that if that's all that is available in your neighbourhood, you'll be on FTTP instead. (Both Telstra's and Optus' HFC networks are now owned by nbn.)

And so to question (3). Assuming you want that faster connection, you'll always have to pay a premium for it. On FTTP, FTTN and HFC connections, you currently have a choice of five speed tiers. To date, the vast majority of customers opt for 25/5, which is the second-slowest, but still much faster than most ADSL connections. That said, you can choose to pay more and get more speed if you need it. On fixed wireless, you only have three tiers, and on satellite, you effectively have only one.

The main element of choice which the NBN introduces is in who connects you. In the ADSL world, your options can often be determined by whether a port is available in a nearby exchange. With the NBN, it's a level playing field when it comes to who sells you a service, so it makes sense to compare your internet options carefully. You can choose who connects you up, but you can't choose what's available to you. That, alas, remains an accident of geography.