How fast will Qantas’ in-flight Internet be? 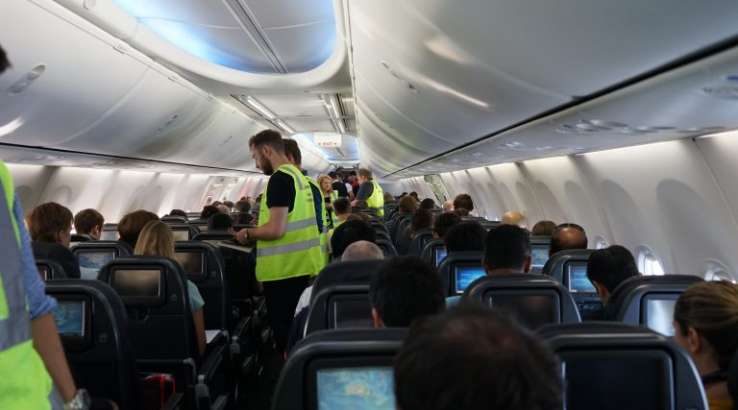 And will it cause problems for satellite NBN customers?

We already know that Qantas' in-flight Internet service, due for introduction on domestic services this year, will be free. Now we know what speeds it will offer.

In a press release yesterday, Qantas said that during a test flight, it had seen passengers typically enjoying speeds of between 7Mbps and 12Mbps. "Passengers were able to stream content directly to their device and in some cases, multiples devices," the release noted.

The testing was done by volunteer Qantas staff on board a special charter Boeing 737 with 140 passengers. So while it's possible those speeds will drop when a whole planeload of passengers start bingeing on Netflix, Spotify and Foxtel, it should be a reasonably representative test. But even if they fall by 50%, that would still be OK for video streaming. Qantas is predicting that only half the passengers on any given flight will routinely connect. Given Australia's high levels of mobile phone ownership, I suspect that might be lowballing it.

The Internet connection is being provided by the NBN's Sky Muster satellite. Coincidentally, the interim satellite service that NBN launched prior to Sky Muster is finally being switched off this week.

The theoretical maximum speed available on Sky Muster is 25Mbps, which is somewhat higher than Qantas passengers will experience. That gap can partly be explained by the inevitable difference between theoretical speed and reality. It's also likely that capacity demands on the satellite are a factor (a second Sky Muster satellite was launched last year and will enter service this year). Finally, the fact that the plane will constantly be changing locations means the speed will be lower than that available to a dish in a fixed location.

Understandably, some rural customers waiting for Sky Muster to become available in their area are frustrated at Qantas' plans. While the full rollout isn't due until 2020, Qantas immediately has nationwide access. However, in-depth analysis of flight patterns suggests this won't be a major problem.

Another bone of contention is that Qantas passengers will (at least in theory) have unlimited data, while typical Sky Muster plans impose peak and off-peak limits on how much data can be accessed. Of course, the longest a passenger could possibly use the service is around five hours.

Also, that doesn't mean that Qantas gets priority. An NBN spokesperson told me that if a given satellite beam is running at capacity, on-ground customers will get priority over in-flight passengers. In other words: if you've got a bad connection, it shouldn't be the plane that's to blame.

The next stage is to invite individual customers to test how well the system works. "We’ll be using these more typical user experiences to keep refining the system for several months as part of our broader trial, before planning to roll out Wi-Fi out across 80 of our domestic aircraft from mid-2017 onwards," Qantas said. I'm hanging out for it.